We write quite often about the Cardano project and ADA cryptocurrency.  In our opinion it is one of the most interesting altcoin projects.

Charles Hoskinson, founder of the project, noted that we have seen a period when the fruits of the work that have been working on this robust project for 5 years have finally been seen. At the same time, the visible results mark the beginning of the end of IOHK’s participation in the whole project. By weaning IOHK one day, Cardano becomes completely decentralized. Exactly as it should have been when it was considered.

What makes Cardano unique is the use of academic research methods. Hoskinson recalls that from the outset the project addressed the question of whether it is possible to “write code differently“. Unlike writing a whitepaper and creating a basic code, IOHK returned to the very basics and began with good old math.

Formal methods and the process of performing advanced mathematical analysis in software design – these were the steps to make the final project as reliable and robust as possible. However, this procedure was extremely labor-intensive and cost-intensive.

“When you write software like this, it adds years of extra work to your plan,” he admits. It took exactly 5 years to see the results of the work. Cardano was started already in 2015.

A major advance that has seen tremendous success was the launch of the Shelley phase testnet and its associated staking. Users who have already participated in testnet are rewarded for staking their ADA coins. Those who missed this opportunity will have to wait for the mainnet to start. Interest in the testnet was huge, which is an important bullish signal for price speculators.

Testnet phase Shelley surpassed all expectations according to Hoskinson. While the long-term goal was to create at least 1000 pools, which would ensure decentralization that far surpasses even Bitcoin’s decentralization, they certainly did not expect that there will be over 1000 pools under testnet. And more and more…

Cardano is not just about staking. According to Hoskinson, increased interest in Cardano due to the launch of the testnet also has the other side of the coin. People ignore other great things that happen “under the surface”. He pointed out, for example, that Cardano had its first security report, which highlighted both good and bad parts of the code. A detailed report will be published after corrections.

Hoskinson said he is very proud of how the community is currently working. Her thoughts and opinions help to understand how it works and what needs to be improved on Ouroboros, the native staking protocol.

He believes that “investing” in the community is going the right way, and notes that the ultimate goal of IOHK is to give up all control of the project and leave it to the users of the project, who will in practice use the advanced management system being worked on. This is the only way Cardano can be a truly decentralized blockchain and cryptocurrency.

Goguen is next to Shelley

As the Shelley phase is approaching on Main, the Goguen phase is increasingly being discussed. This will bring long-awaited smart contracts. Cardano will thus become fully competitive Ethereum in this respect. The vision that Cardano will achieve a high degree of decentralization through staking and, besides, allowing the creation of decentralized applications (Dapps) looks very interesting.

Efforts are currently underway to improve the management of multi-asset management, identities, Oracle, or metadata management channels that go through transactions. Interoperability with Ethereum is also under investigation. “All the work that has been put into Shelley in recent months is in parallel with the work going on at Goguen,” Hoskisnon reveals. “These are the years of our efforts,” he added.

In the coming months, Cardano will focus on delivering promised products and updates it has been working on in recent years.

All three organizations working on Cardano, ie in addition to the IOHK, the Emurgo and the Cardano Foundation have the common goal of improving communication with the community. They admit that they made several mistakes in the past. In particular, marketing failures or outdated or inaccurate Roadmaps have been reported.

Basho phase, which focuses on solving network scalability and interoperability, is also mentioned more frequently. Testnet could be launched in March or April.

Hoskinson also noted that he had many interesting interviews with partners and business organizations on how to commercialize Cardano. “We really have a chance to replace global payment and clearing systems with what Cardano we achieved,” he hopes.

Concerning IOHK’s plans, he said that the closer Cardano is to the finished product, the closer IOHK is to leaving the scene. “This book is slowly coming to the end,” he admits, but also expresses the desire that IOHK will first provide a solid foundation for a system that will be sustainable and scalable for years and capable of development and self-management. 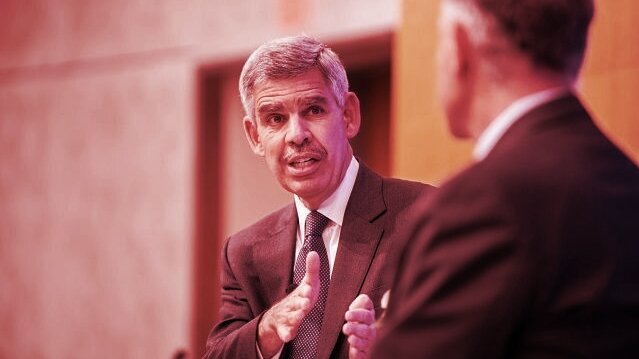 How Long Does It Take to Mine One Bitcoin in 2021?