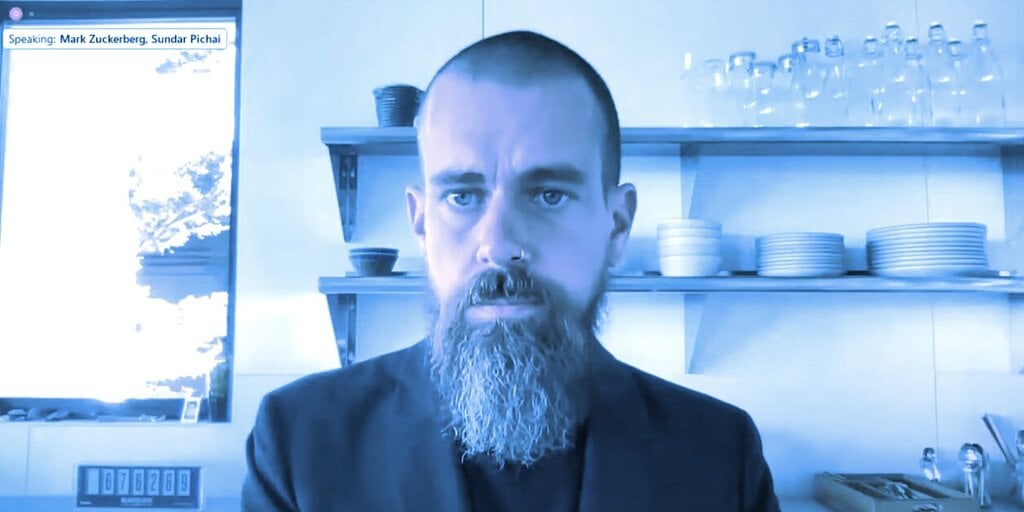 Twitter CEO Jack Dorsey appeared at the House hearing on misinformation on Thursday, alongside the likes of Facebook CEO Mark Zuckerberg and Google CEO Sundar Pichai, to discuss the role of social media platforms in spreading disinformation and the ways in which they can prevent it.

Dorsey’s speech might have been interesting in itself, but BTC advocates were more interested in his home furnishings; visible behind the Twitter founder was a clock-like device that was quickly identified as a BlockClock mini. The Wi-Fi-enabled device displays the current price of BTC, along with related data, such as BTC’s market cap and the amount of satoshis–the smallest unit of BTC–in one USD.

The BlockClock mini was developed by Canadian startup CoinKite, also known for its OpenDime and ColdCard hardware wallets. While the device can show the time, during Dorsey’s speech it was set to display BTC-related info such as the number of the block last found on the BTC blockchain.

According to Coinkite’s website, with a BlockClock you can “track prices from exchanges, see blocks as they are published by miners and connect Opendime to display balance, fiat value, and deposit QR codes.”

Jack Dorsey is widely known as an enthusiastic BTC advocate. Since February, he’s been running his own BTC full node, while his personal Twitter account says just one word, “BTC.” He’s also launched initiatives such as a BTC development fund, created together with American rapper Jay Z and backed with 500 BTC.

As recently revealed by Twitter CFO Ned Segal, the social media platform is considering whether to follow in the footsteps of Tesla and other big companies and add BTC to its balance sheet. Dorsey’s other company, Square, has already invested a total of $220 million in the first cryptocurrency.

4 thoughts on “Jack Dorsey Shows the World His BTC Clock”