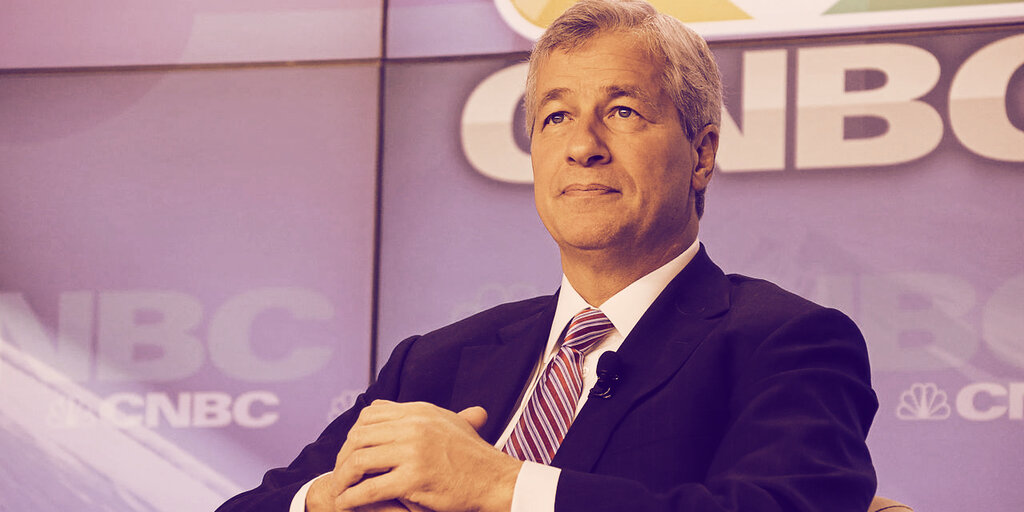 JP Morgan, one of the world’s biggest investment banks and previously one that was skeptical of the cryptocurrency industry, has said it believes in the power of staking: the more energy-efficient way of creating and distributing cryptocurrencies.

The New York City-based bank said in a report that cryptocurrency staking overall makes the “crypto ecosystem more attractive as an asset class.” This is because staking could be a major source of revenue for retail and institutional investors, the bank said.

But what is staking? And why is a bank like JP Morgan talking about it?

Staking is a system in which users agree to lock-up money in a network in order to help it validate transactions. These kinds of crypto networks run on something called proof of stake—which is different to proof of work, the system that BTC, the largest cryptocurrency, uses.

Proof of work is used by lots of other cryptocurrency networks—including ETH, at the moment—to validate transactions, too. It works by using lots of computers to solve complex puzzles which in turn keep the network running smoothly.

There’s just one problem: it uses huge amounts of computing power and therefore can be damaging to the environment when that power depends on energy sources such as coal. The carbon footprint of BTC (and other currencies) is a hot topic right now, but the proponents of BTC mining argue that much of the energy used to maintain the network is renewable and that any potential hazards are, in the end, worth it to ensure network security.

But, beyond BTC, a number of other cryptocurrencies are using the proof-of-stake system, which is more environmentally friendly, since it does not require “mining” to create and distribute a given network’s native currency. ETH, the second largest cryptocurrency by market cap, is in the process of an upgrade where it will soon use proof of stake instead of proof of work, which will mean the end of ETH mining.

And JP Morgan said in its new report, “A Primer on Staking—The Fast Growing Opportunity for Cryptocurrency Intermediaries and Their Clients,” that proof of stake will become more attractive when the ETH upgrade is completed—and could grow to be a $40 billion industry by 2025.

“We estimate that staking is currently a $9 billion business for the crypto economy, will grow to $20 billion following the ETH merge, and could get to $40 billion by 2025 should proof of stake grow to the dominant protocol,” the report read.

The bank added that cryptocurrency intermediaries like Coinbase will make more money if proof of stake becomes popular. Coinbase, the biggest crypto exchange in the U.S., could make up to $500 million in staking revenue by the end of 2025, the report said.

Coinbase allowed customers to stake their crypto in April.

Proof of stake crypto assets, which include Polkadot and Cardano, could also go up in value, JP Morgan added. “As staking becomes more commonplace, we think it could drive the interest and market capitalization of proof-of-stake cryptocurrencies higher,” the report noted.

JP Morgan was previously anti-crypto. Its CEO, Jamie Dimon, famously slated BTC and the crypto industry in 2017, calling the largest crypto “a fraud.”

The American multinational now is more open to the crypto world, and regularly talks about digital assets. It even now banks crypto exchanges Coinbase and Gemini.