You cannot talk about cryptocurrency history without mentioning Litecoin; it is one of the first altcoins after BTC was created. It was released in October 2011 by Charlie Lee, who developed it as an open-source software project. He announced Litecoin as the ‘lite version of BTC through a message he shared on the famous BTC forum. Over the years, Litecoin now sits on the top as one of the world’s top digital currencies; it boasts a market capitalization of almost $3 billion and is expected to increase.

Since Litecoin’s creation, it was considered a reaction to BTC, with its developers stating that their initial purpose is to create Litecoin as the “Silver” counterpart to BTC “gold. Since Litecoin was a spinoff of BTC, they share so many features. These include BTC mining features. The only difference in the mining process is that while BTC uses SHA-256, Litecoin uses a process called Scrypt mining.

Scrypt mining requires higher computing power, making it a lot more challenging to mine. This guide contains information on how to mine Litecoin.

Litecoin is a cryptocurrency that functions just like BTC. It has some features which make it look very similar to BTC. Transacting with Litecoin is far easier and faster. While Litecoin mining is a little more complicated than BTC mining, they are both cloud mining and function similarly. They both use similar mining software, so a Litecoin miner will not find it difficult to use BTC mining software and vise versa.

From a general perspective, BTC and Litecoin can be considered decentralized cryptocurrencies which makes them different from how fiats like the U.S dollar are operated and governed.

Why should you care about Litecoin?

Litecoin is profitable; mining Litecoin has proven to be a profitable venture, especially if you go about it the right way, using mining hardware like the asic miner and the correct mining software. Cryptocurrency mining as a whole has made different miners rich the same way it has made them go broke. However, it all comes down to your ability to take risks.

Before a miner can successfully mine, he also needs some specific mining hardware; for Litecoin, he needs at least a CPU or a GPU device. The device you choose will go a long way to determine how easy the cryptocurrency mining process would be. For LTC mining to be successful, you need a Litecoin mining rig (BTC mining software and BTC mining hardware) and a litecoin wallet.

After getting the proper Litecoin mining hardware, the next step is to get mining software (this could either mean a CPUminer, GPU miner, or a mining app). Your mining software will also determine if you are doing solo mining or as part of a mining pool. Determining a mining device is easy, but getting the best cryptocurrency mining software is complex as many other factors contribute.

What is the best Litecoin miner?

There are numerous software available if you want to mine Litecoin. Some have different unique features like inbuilt wallets that serve as alternatives to the BTC wallet. Here are some examples of Best Litecoin miners:

Easy miner is a free cryptocurrency software miner. Although it was initially designed to mine BTC, it can also be used for Litecoin mining. It is open-source, which means you can customize the software to suit your mining needs. Easy miner has an inbuilt wallet and a moneymaker mode, allowing the mining of Litecoin on its stratum pool. EasyMiner is also available for Android users making it one of the most widely used cryptocurrency mining software among Litecoin miners.

This is regarded as one of the best cryptocurrency mining software out there. Although not as popular as the others on the list, it supports many devices, including Windows, Mac, and Linux. The best part is that it has automatic detection of network features. It also allows you to control and monitors a second MultiMiner mining rig simultaneously. It may not be as efficient as the others. However, it has some unique features that you will find interesting.

CGMiner Litecoin is not new; it has been around for a while. Over this period, it has provided different unique features and a large user base. It supports almost all Operating systems making it easy to adopt. It is also open-sourced, allowing users to customize it to suit their mining needs. Other features that it comes with include: complete monitoring, fan speed controls, and remote interface capabilities.

Awesome miner is a great choice, especially if you are trying to mine on multiple mining rigs simultaneously as it supports FGPA, ASIC. His software also supports 25 mining engines, including XMRig, SRBMiner, BFGMiner, and SGMiner. However, it is not free; you will have to pay a fee of $4 monthly and $36 annually. The fee is worth the price because it comes with several other features like the status and temperature of all ASIC and FPGA miners and an inbuilt Litecoin mining calculator.

GUIMiner Scrypt is also a good mining software, but in reality, it is a GUIMiner fork. What makes it a better version is its user-friendly features. It was initially forked to allow new users. However, it was designed just for windows devices with a graphics processing unit (GPU) and computer processing unit (CPU). It allows Scrypt mining that makes Litecoin more seamless.

Mining cryptocurrency as part of a pool is better because it makes mining operation easier and improves your hash rate. This, in turn, means a better block reward. Litecoin cloud mining has a more complex mining program because of its use of the scrypt algorithm, making the pool mining option a better choice.

Litecoin has various Litecoin mining pools for miners to chose from. These pools have their pros and cons. Here are five pools I feel you should put into consideration when looking for a pool to join. 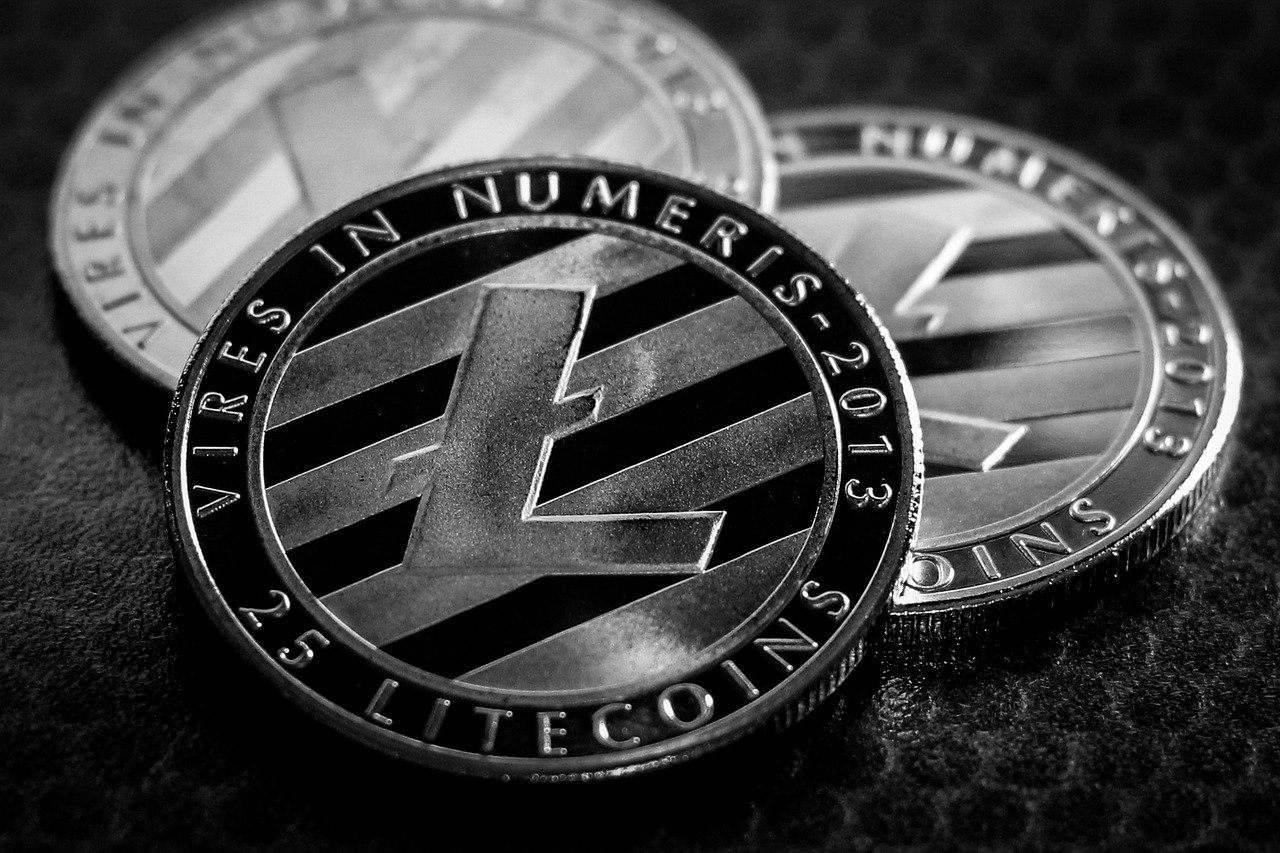 Many people now doubt the profitability of mining cryptocurrencies primarily because of the competition involved. Today miners now compete with bigger mining establishments, making it impossible for solo miners to profit. However, as a Litecoin miner, you can consistently profit if you go about it the right way.

Litecoin mining is a task that you have to be prepared for; you need to be fully committed to it and tackle its risk. With this, you will be able to profit despite the considerable cost.

How long does it take to mine 1 Litecoin?

The time it would take to mine a Litecoin cannot be explicitly stated since it is primarily influenced by mining speed and the complexity of the computers you are using, the amount of time you spend mining, and the current difficulty factor. If you are mining with a computer CPU, you are bound to spend a long time mining a single LTC.

GPU mining is just a little better than CPU mining, no thanks to the competition on the ground. However, with the high-end ASIC mining, it won’t take you up to an hour to kine your first LTC. It is also way better if you are mining as part of a mining pool.

Profiting from Litecoin is influenced by different factors. This means it is uncertain whether or not you are going to profit. However, it is still worth your time and resources full time. The best way to profit from Litecoin is to invest full-time in mining rigs and other equipment. If you decide to mine solo with just a CPU, you will still profit but not as much.

Crypto mining involves risk-taking. However, you cannot escape taking a risk if you want to make a profit. A BTC miner who is mining BTC takes a similar risk with an estate manager.

2 thoughts on “Litecoin mining software: all you need to know”