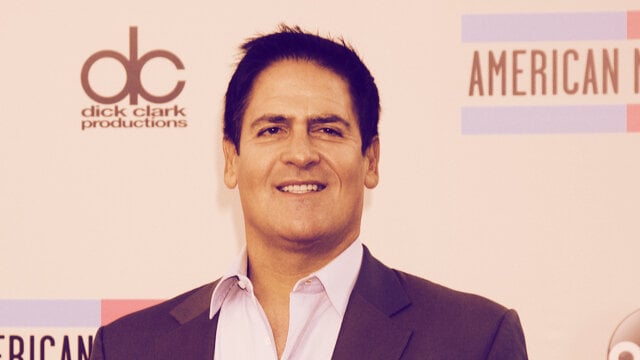 Mark Cuban, the billionaire entrepreneur, investor, Shark Tank star and owner of the Dallas Mavericks basketball team, took to his keyboard once again to tweet about his new favorite thing: crypto.

The chipper 62-year-old firmly trained his sights on the three most talked about digital currencies: BTC, ETH and Dogecoin.

Cuban opened his salvo with a tweet about BTC’s relative worth as a store of value, when compared with that most hallowed and tangible asset: gold. He described both assets as “financial religions.”

However, although the cryptocurrency market is full of cults, its spiritual leaders have a point, said Cuban. BTC, he acknowledged, is “easy to trade/store/create with no delivery issues”; gold is a “hassle.”

Crypto succeeds when it's a more productive implementation of it's competition. BTC/Gold are both financial religions. BTC is easy to trade/store/create with no delivery issues. BTC also enables transfer of value locally and globally . Gold is a hassle. Just look at Ft Knox

Cuban then lobbed a couple of tweets in reverence of ETH and its innovation of self-enforcing smart contracts. “Eth Smart Contracts are better, cheaper, faster at authenticating/buying/selling/delivering  digital items than alternatives available,” he announced.

Eth Smart Contracts for De-Fi are better at enabling depositing/saving/trading of financial instruments than banks. One is automated and trustless and near immediate. The other is dependent on buildings full of people who add cost and friction to the same transactions

The investor also took direct aim at the banking system, calling it “dependent on buildings full of people who add cost and friction to the same transactions [that smart contracts can execute].”

A word on DOGE

Cuban then turned his attention to Dogecoin, crypto’s number one meme coin. He tweeted: “As long as more companies take doge for products/services, then Doge can be a usable currency because it MAY hold its purchasing value better than a $ in your bank.”

His team, the Dallas Mavericks, is one of several businesses that accept Dogecoin. Newegg, Air Baltic and Canadian internet service provider EasyDNS are among those that accept the coin as a form of payment.

He finished by remarking that “yes, a joke is now legit.”

Dogecoin did indeed start life as a joke. Billy Markus and Jackson Palmer created the coin way back in 2013, using the avatar of the eponymous viral Shiba Inu meme to poke fun at the craze of minting alt-coins (a craze which hasn’t diminished in the slightest, judging by the bizarre success of CumRocket coin).

Fast forward to 2021 and a single tweet by Tesla CEO Elon Musk can cause rallies of almost 20% in Dogecoin’s price. Yesterday, Musk managed to pump the price of Dogecoin by 10% when he confirmed his intention to use his upcoming SNL appearance to say a funny word or two about Dogecoin.

Mark Cuban has commented on Dogecoin before. Only last week, he tweeted that Dogecoin’s growth is inhibited by the limitations of crypto trading app Robinhood. Cuban’s love for the coin, however, appears limitless.