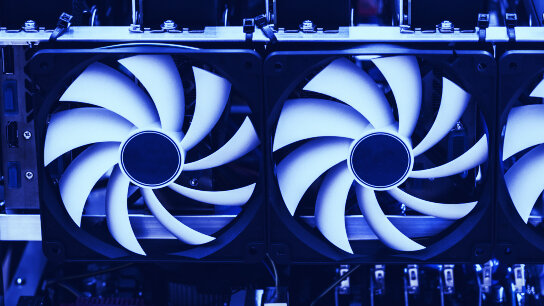 Northern Data AG is in talks with Credit Suisse Group AG on a public listing, Bloomberg reported citing sources familiar with the matter. The Frankfurt-based firm could reportedly raise capital estimated to be as much as $500 million.

Northern Data develops and operates infrastructure solutions with the focus on high-performance computing. These include such areas as Bitcoin mining, blockchain, Internet of Things, Artificial Intelligence (AI), and big data analytics.

Another major Bitcoin mining farm is set to open in Texas

The firm’s largest facility is located in Rockdale, Texas, and it claims to be the biggest Bitcoin mine in the world. It was the result of a merger with Louisiana-based Whinstone US, Inc. in November 2019.

Northern Data’s stock has been trading on Deutsche Börse’s Xetra OTC-market since 2015. The firm is backed by a number of high-profile shareholders, including Block.One founder Brendan Blumer and Mike Novogratz of Galaxy Digital.

Bloomberg’s sources said that a potential IPO on a US stock exchange could happen later this year and would increase the company’s shareholder base and boost its global profile. No other details are known at this point.

As reported by Decrypt, last year Northern Data partnered with the world’s second-largest Bitcoin mining manufacturer: Canaan Inc. The two companies intend to collaborate in areas such as blockchain and AI development as well as datacenter operations.