Several play-to-earn-style games announced new additions this week, including the sale of new batches of NFTs.

One of them was Prospectors, which announced the official launch of Grand Land, which is a new game zone where each plot of land is an NFT.

The inclusion of Land NFTs changes the way property is owned and used throughout the game. Since each lot is now owned by someone else, those who do not have Land NFTs will have to rent a lot from the owner to start a business.

Another new game is Aavegotchi. The game introduced the Gotchi Lending, a new way to generate passive income through NFT Lending.

In practice, the Aavegotchi Lending system works completely on-chain. Thus, it allows players to fully rely on blockchain technology without the need for human efforts.

Fear Dungeons game announced FEAR as the next step in the growth of its horror-inspired ecosystem.

The game will feature land owned by the players. In addition, developers will soon announce premium partners as well.

Fear Dungeons follows the standards of other popular first-person horror games such as Penumbra and Outlast.

The game will release an early version of its game and its land sales in the first quarter of 2022. Until then, players can already purchase the game token, FEAR , on ETH, BSC and Polygon.

Who also announced news was Farsite that started selling the last batch with items and credits for the Alpha game. Four different levels of boxes are available.

The more expensive boxes contain designs and the top-of-the-line option, the Sacura Club box, can contain a super-rare module, the Sacura Key. There will only be 20 Sacura keys.

Ships equipped with a Sacura Key gain access to the Sacura Club’s exclusive station. At the same time, they gain special advantages and bonuses. 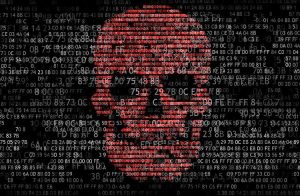