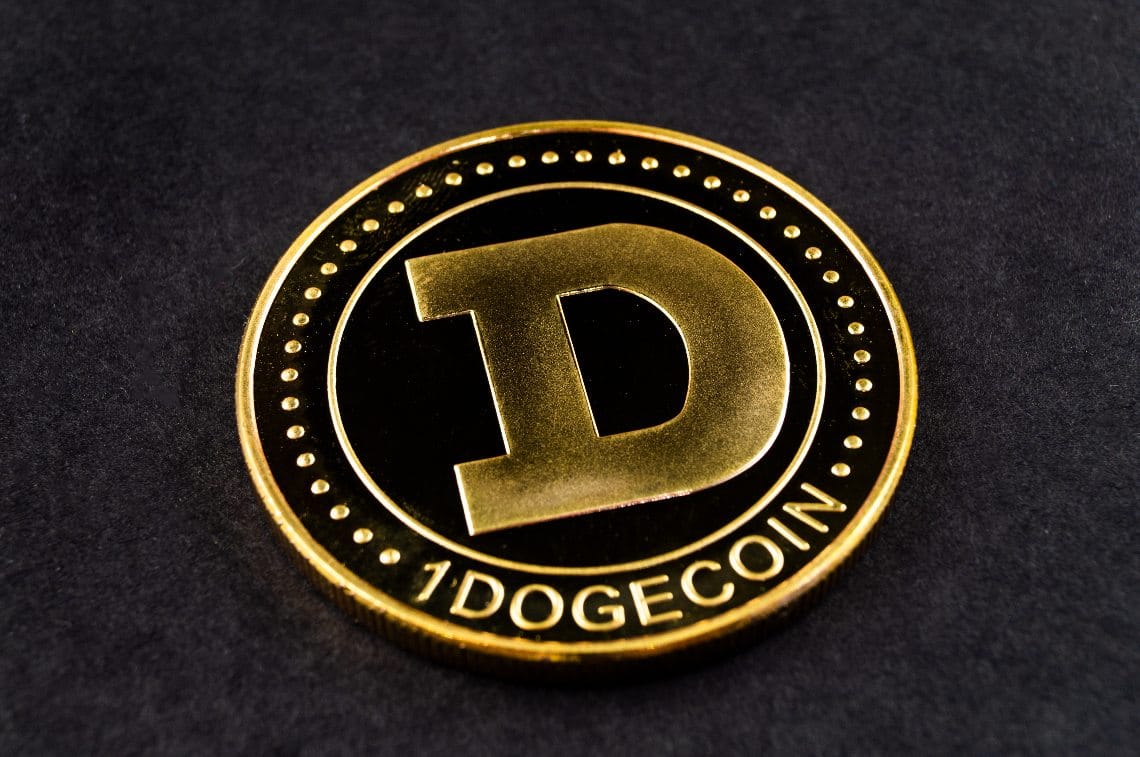 When it comes to crypto and blockchain, Dogecoin (DOGE) is certainly not the first one that comes to mind, but many people these days are looking for predictions about its price.

This crypto is not always seen as a meme coin, as it has proved to be stronger than expected and continues to progress inexorably.

Almost everyone knows the incredible story of this blockchain, launched 7 years ago, primarily as a joke rather than as a competitor to other more prominent blockchains, yet in terms of utility and speed it is actually superior to Bitcoin in some respects.

When examining some more information about this crypto through CoinMetrics, we can see how the number of transactions has increased considerably over time, especially in the last 2 years, making it very active. In fact, we are talking about approximately 100 thousand transactions per day.

An interesting fact: between 2014 and 2015, Dogecoin transactions were even higher than those of bitcoin.

The price of Dogecoin and the predictions

In terms of price, there is a slight correlation with the increase in Bitcoin, although it is true that as Bitcoin increases, almost all other cryptocurrencies rise.

This is a decrease compared to the highs, but it has also had slight peaks due to fashions such as the challenge on TikTok and various announcements such as the listing on OKEx.

According to some traders, if the adoption of DOGE were to increase, as several major platforms accept it as a payment method (see AllGamer and eGifter) the price could rise to $0.03 by the end of 2020.

To reach $1, however, the road is still difficult, because the price should increase by 513.66%, although in the crypto world anything possible.

Other traders like WalletInvestor have made a prediction about the price of Dogecoin at $0.0184 by 2025, while for CryptoGround it could rise to $0.0141.

Interestingly, the attention for this crypto prompted the team of REN protocol to bring it on Ethereum to have tokens that emulate the Dogecoin supply, but on a different and better known blockchain.

This news should not be taken lightly because if it is true that DOGE can now be used on Ethereum, it is also true that it is possible to integrate it in different protocols, for example those related to decentralized finance (DeFi).

This means that as soon as this “wrapped” token enters the various dApps, the race to retrieve the token will also start, which could raise its price, as platforms or rather mining pools dedicated to Dogecoin could be created.

The post Predictions on the price of Dogecoin appeared first on The Cryptonomist.