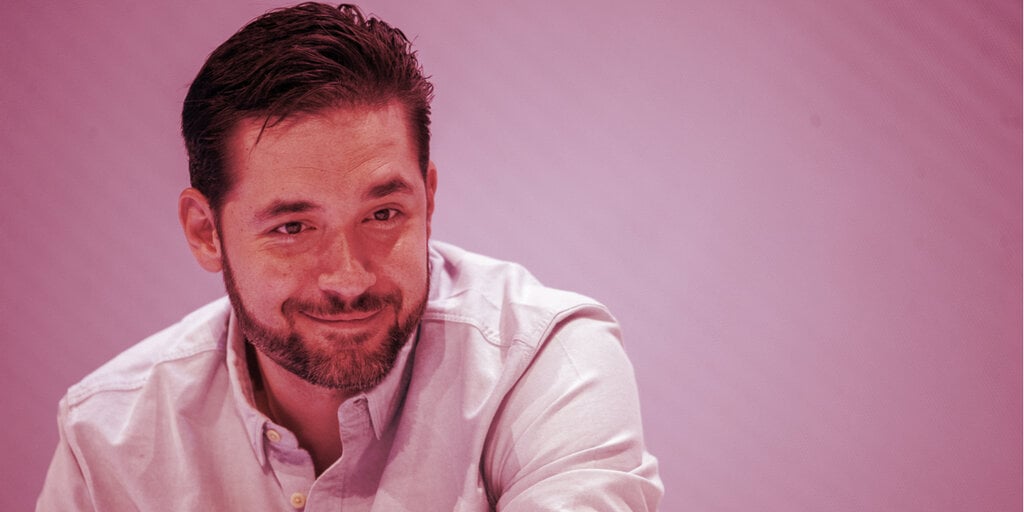 Reddit co-founder Alexis Ohanian revealed last year that cryptocurrencies represent a portion of his investment portfolio. His venture capital firm, Seven Seven Six, has since participated in a $5 million funding round for BTC rewards app Lolli and invested in blockchain infrastructure firm QuickNode.

But where does Ohanian put his own money?

At least partially in ETH.

“I do think ETH [has], at least for the next year or two, really got the most to prove, or at least the most potential to show something because there are so many interesting applications,” Ohanian told Andrew Ross Sorkin on CNBC’s “Squawk Box” this morning. “NFTs are just the start of what’s getting built on top of the ETH blockchain, and that’s where a lot of my holdings are candidly.”

"NFTs are just the start of what is getting built on top of the #ETH blockchain, and that's where a lot of my holdings are candidly," says @alexisohanian. pic.twitter.com/ZfMowGRmhk

Unlike the BTC blockchain, which is mostly used to create and transact securely with digital money, the ETH blockchain more broadly incorporates smart contract code that cuts out intermediaries and allows people to build applications atop the blockchain. That has primarily evolved into two major use cases: non-fungible tokens, or NFTs, and decentralized finance (DeFi).

NFTs are digital deeds of ownership, mostly used to convey rights to digital assets (such as virtual collectibles, artwork, or trading cards) or physical ones. DeFi, meanwhile, refers to any financial service protocol that allows people to lend, borrow, or trade without going through traditional financial institutions.

Both areas have witnessed fast growth over the last year. About $60 billion in tokens are floating around in ETH DeFi protocols, according to DeFi Pulse, compared to roughly $1 billion a year ago. NFTs registered over $2 billion in sales, much of that coming from the ETH blockchain, on which they originally appeared.

Though Ohanian is investing heavily in ETH, the technologist is open to what emerges and thinks the US must tread lightly to give similar blockchain innovations room to develop. Referencing El Salvador’s recent decision to make BTC legal tender, Ohanian said, “I would, generally speaking, not advocate for a heavy hand of any kind of regulation on this. At the end of the day these are opportunities for us to seize and hopefully as a country we can lean into the best parts of this.”