The Bitcoin Mining Council, an organization established to promote the use of renewable energy in the mining sector, has issued its first report on the latest state of the mining industry. The findings look promising at first glance. The report explains that the use of green energy increased by 52.2% between the first and second quarters of 2021, with a 15% increase in grid efficiency measured in PH / MW.

Council members also stated that 67.6% of the total energy used to extract BTC came from sustainable sources. Other data shared in the report indicate that concerns about the environmental impact of BTC mining are being decontextualized or overestimated. For example, energy consumption in the grid represents 0.007% of the total world value. 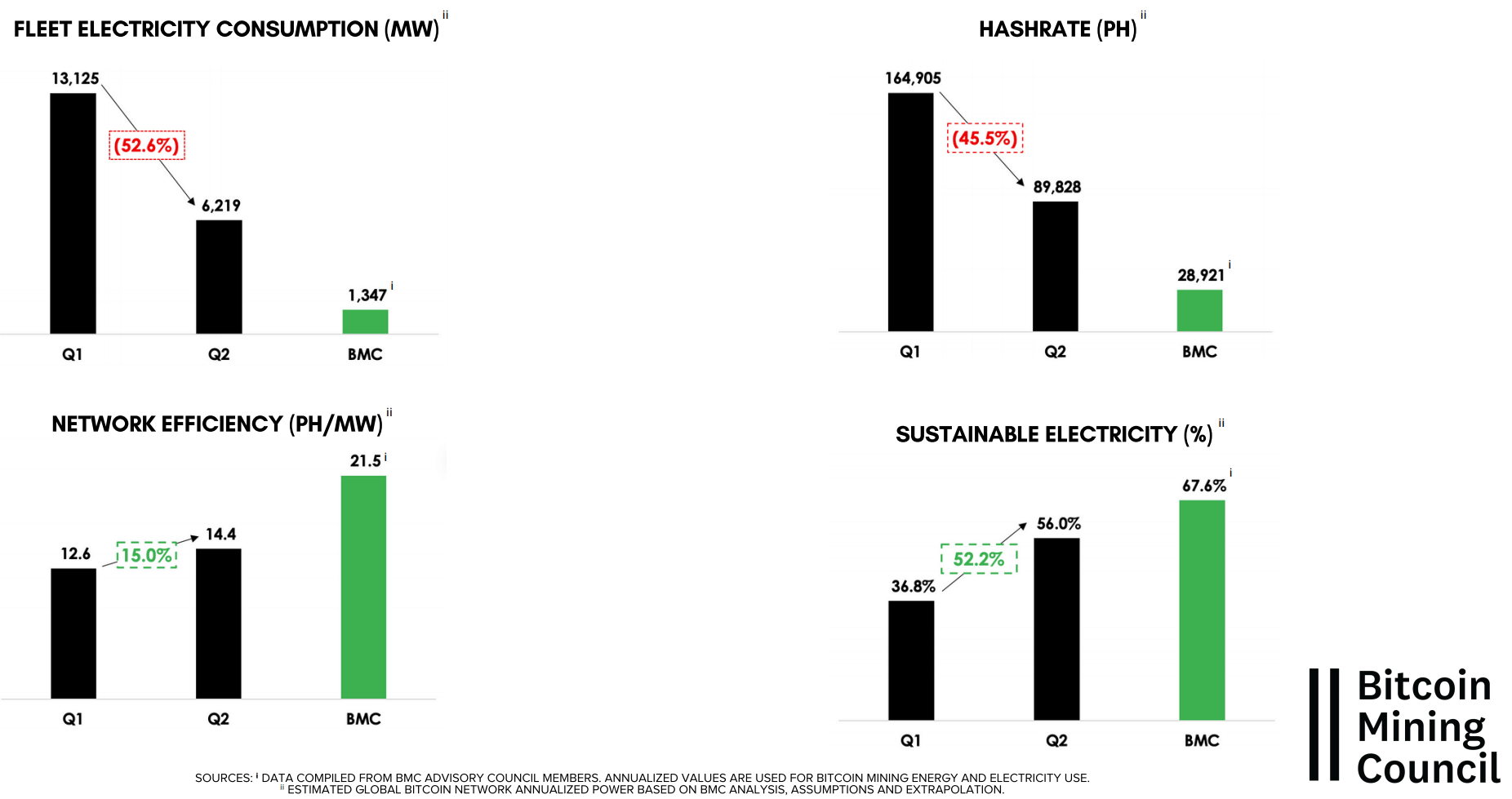 Is the Bitcoin Mining Council report supported by a scientific method?

The BTC Mining Council was set up in response to Elon Musk’s alleged concerns about the environmental impact of mining. When Musk shared an announcement on Twitter that Tesla would stop accepting BTC as payment due to environmental concerns, BTC began to decline, marking the beginning of the end of the bullish trend it had sustained since the fall caused by the coronavirus outbreak a year ago.

Data on sustainable energy consumption and increased efficiency were collected through a three-question survey and research using online resources.

The point to consider is the objection of Larry Cermak, director of research at The Block.

This is really laughable. No methodology disclosed, very dubious result and super small sample of like 5% of the total hashrate. No one knows what the energy mix will look like until the hashrate from China relocates and a new proper study is conducted. Why do people trust this?

Some countries are trying to attract large miners by promising low costs and the use of renewable energy. Miami talks about its nuclear power. Paraguay is trying to lure miners with its cheap water energy. Even Salvador is exploring the use of volcanoes as a source of energy.

However, there are reports that large Chinese miners are trying to relocate to neighboring countries. There is thus a latent danger. Experts already warn that large miners could migrate to other countries and remain dependent on dirty energy. This would simply “export” the pollution without really changing anything.

And that would be bad news for many speculators who expect Musk to change his mind if it turns out that BTC uses more than 50% renewable energy – across the grid.

Ethereum developers encounter problems in The Merge tests, will updade be delayed?

22 thoughts on “Report of the Bitcoin Mining Council: the use of green energy for BTC mining increased by 52.2% in 2021”