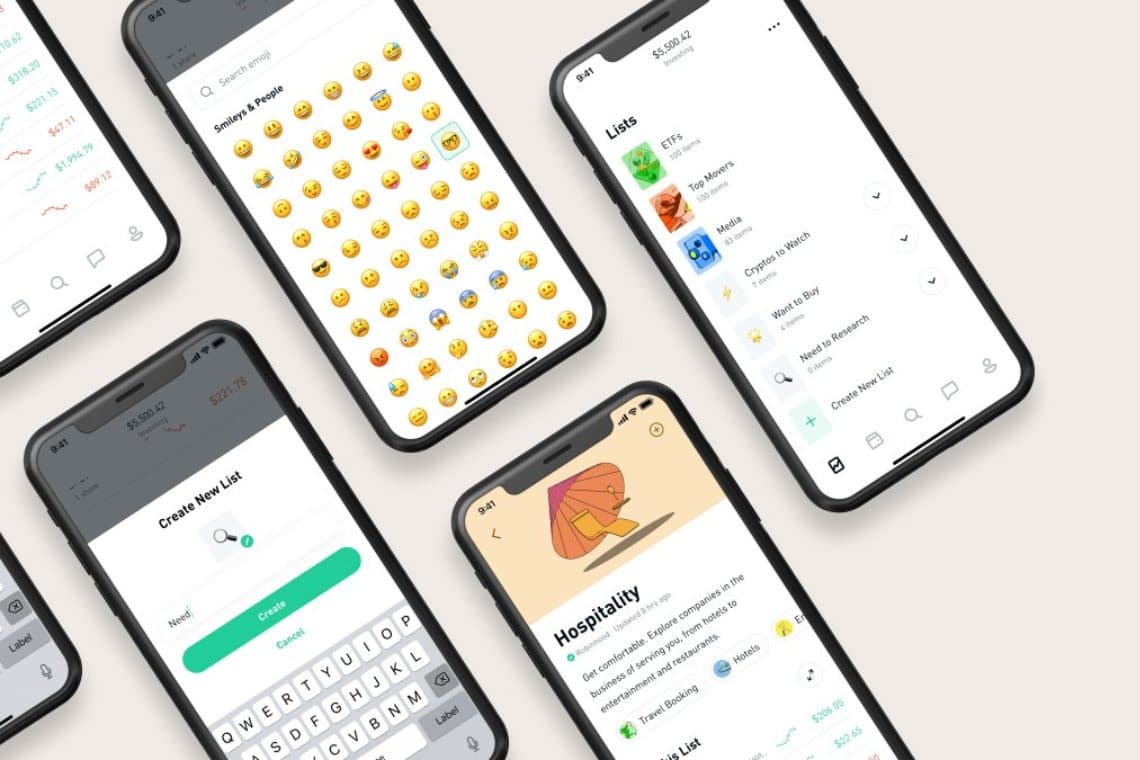 The Robinhood app has benefited from the Covid-19 pandemic. The app is known to have introduced trading especially to the new generations, those young people who are normally far from the world of finance.

But thanks to Robinhood they can now find it accessible. The ease of use, as well as the lack of commission costs, made Robinhood the trading app of choice among the millennials. Robinhood allows buying stocks, options, gold and cryptocurrencies. All in all, a complete and intuitive app, nearly perfect.

Robinhood was already ranked among the top 10 fintech companies in the US in February 2020. With the pandemic, it has grown even further. To understand how much, it is useful to have a look at some numbers.

CNBC reports 10 million users in December 2019, which became 13 million in May 2020. The growth of 3 million users occurred during the months of the pandemic.

The app experienced a real peak of downloads, much higher than similar applications from directly competing companies. Finally, during the lockdown period, it recorded an average of 4.3 million transactions per day.

CNBC collected a few opinions from young people who explained why they chose Robinhood. Listening to them, it all started with the lockdown, when with work from home and fear of economic risk, even the younger ones decided to try to invest something to earn money. Everyone agreed that the app was definitely easier to use than the others, as well as faster in transactions.

Some users also appreciate the fact that they don’t have any intermediaries, they can deposit a sum and make their purchase, for example, Coca-Cola shares.

The main point was precisely this: to make finance easy. Robinhood has been disruptive in a period of particular economic uncertainty. The lockdown and the Coronavirus put everyone on an equal footing, in some cases causing those with solid economic positions to lack certainty.

In this scenario of forced lockdown at home, for those in smart working and for others that simply stopped working, an easy trading app was the best solution to try to earn some money. And this is especially the case for those who lost their jobs or lost their pay during the overall closure period.

However, this growth is not devoid of danger. Trading, no matter how easy, is always trading, with all its risks. It is important to remember that trading does not necessarily mean earning money, on the contrary, the less experienced are those who risk losses.

Robinhood has been accused of being all too easy, leading even the less experienced to “play around” with their money, and in some cases to lose it. With tragic consequences.

This is the case of Alex Kearns, a Robinhood client, who committed suicide by writing that he lost $730,000 using the app. This episode has brought the spotlight on the downside of trading within everyone’s reach.

A blog post came from Robinhood and its founders Vlad Tenev & Baiju Bhatt saying they were “personally devastated”. But the case was also motivation to deliver a better application that is also able to provide education to its users. Something that the young suicide victim lacked, who, by the way, had suffered a temporary and not definitive loss.

Anyway, for Robinhood 2020 is proving to be a good year, given the growth in the number of users encouraged by the simplified use of the app.

But it’s worth remembering that trading is not a game, and if anyone wants to consider it as such, they should know that it’s a serious game.

The post Robinhood, the app grows due to the Covid-19 pandemic appeared first on The Cryptonomist.