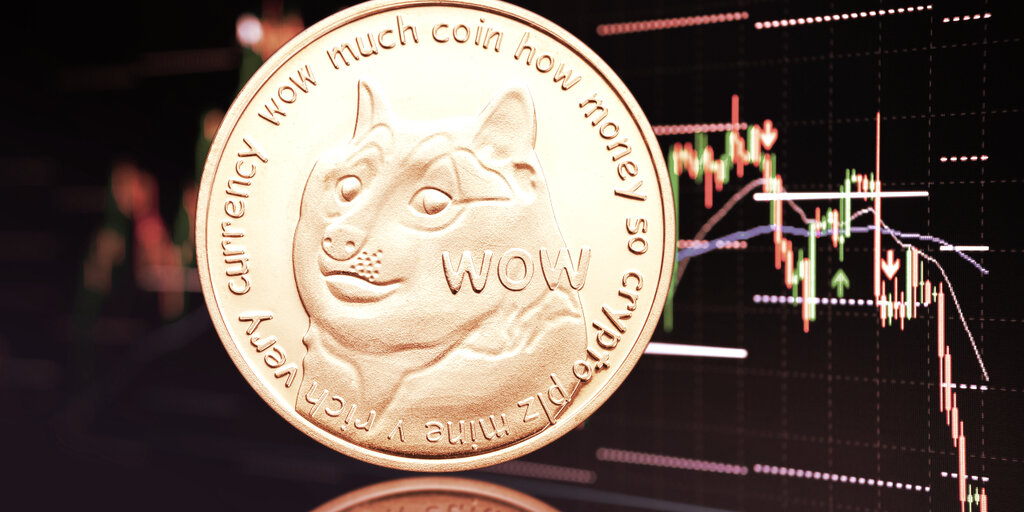 As it prepares to go public, Robinhood has filed its Form S-1 with the Securities and Exchange Commission.

Along with its role in clarifying some of the specifics around an impending public offering (in this case, shares will be listed on the Nasdaq under the ticker symbol HOOD), an S-1 lays out some of the risks associated with investing in a company’s stock.

Robinhood Reveals $11.6 Billion in Crypto Holdings Ahead of Landmark IPO

17% of the company’s total revenue in Q1 of this year came from fees on crypto trades, and 34% of that revenue came specifically from Dogecoin.

Overall revenues are way up this year, too—Robinhood took in $522 million in Q1 alone.

Dogecoin was developed in 2013 as a way of poking fun at BTC, but has since evolved into a crypto behemoth. It’s now the sixth-most valuable cryptocurrency, with a market capitalization of nearly $33 billion.

In January, Robinhood established itself as the app of choice for investors looking to trade stocks-as-memes (think Gamestop, AMC, and Blackberry—ailing companies that retail traders could get together and pump artificially). Dogecoin was a natural pivot for many of those investors; at the end of the month, the price shot from around $0.008 to $0.03.

The company’s filing suggests that “negative perceptions of Dogecoin” and “increased availability of Dogecoin on other cryptocurrency trading platforms” could potentially suppress demand for the coin on Robinhood.

Though it’s clearly happy to ride the wave, Robinhood’s crypto ambitions extend far beyond Dogecoin: it added a new COO for its crypto arm in April, and held $11.6 billion in crypto at the end of Q1.