Following the activation of Taproot, SegWit adoption increased by more than 80%. SegWit was activated in 2017 and has a deep history dating back to 2015 with a block-sized war that eventually divided the community. This war may have ended and the conflict was resolved 4 years ago by the hard fork and the network goes on.

Segregated Witness or SegWit is a process that increases the block size limit on a blockchain by removing the signature data from the transactions that are part of each block. When certain parts of a transaction are deleted, this frees up space or capacity to add more transactions to the chain.

The primary cryptocurrency has come a long way since 2017, and SegWit has given BTC the ability to implement new features and protocols such as Lightning Network and Taproot. In addition, SegWit transactions are 40% more efficient. This means that as wallets continue to upgrade to SegWit addresses, fees for each payment should drop significantly.

SegWit adoption has increased by 35% in the last six months. In addition, the number of transactions for Segwit addresses increased, while fees decreased significantly. 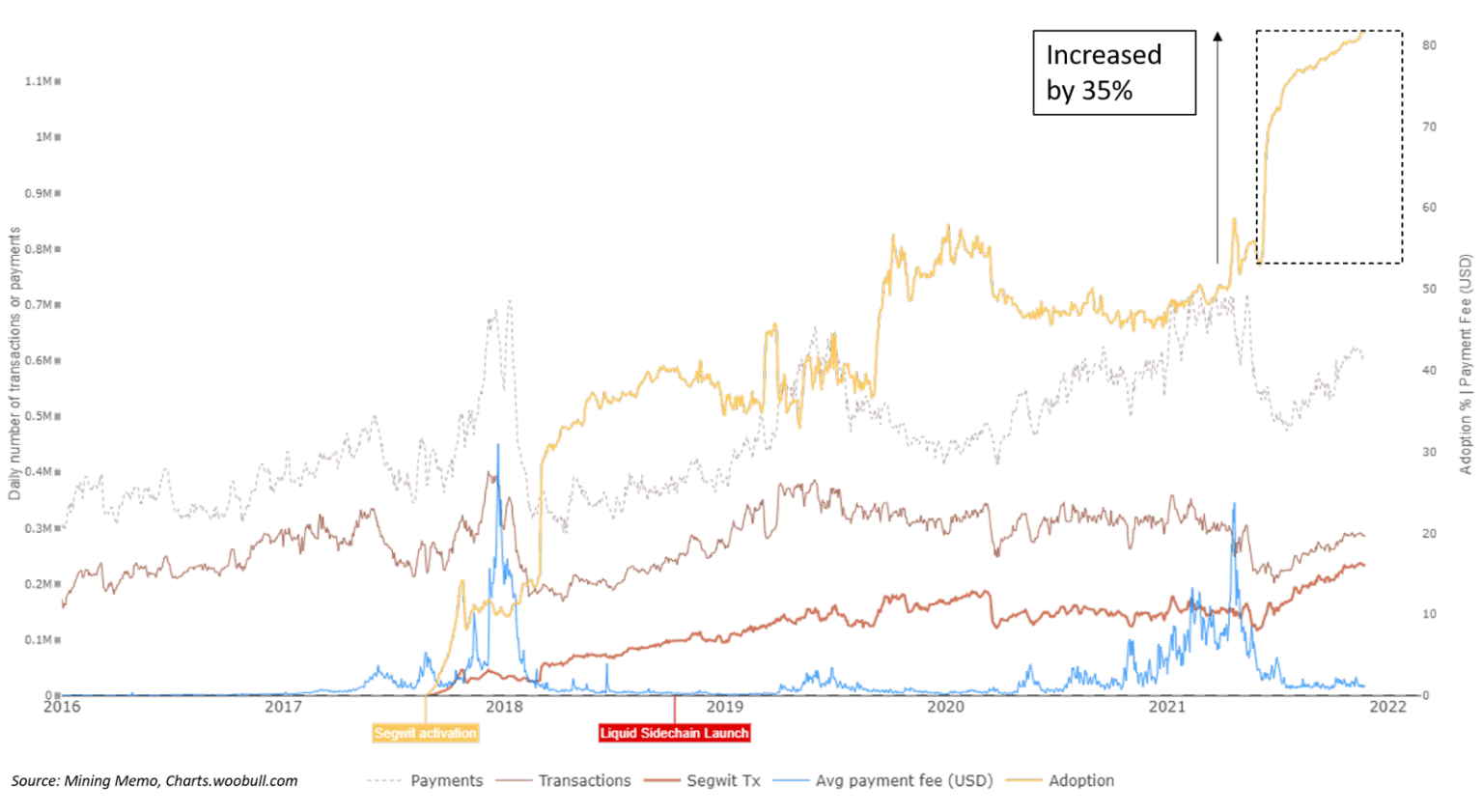 It took SegWit more than 4 years to reach this milestone in wallet updating and user acceptance. Below is a schedule of payments for SegWit format expense transactions, which represent the number of UTXO outputs (uncounted transactions) that are SegWit. The chart shows how many people use these types of transactions. 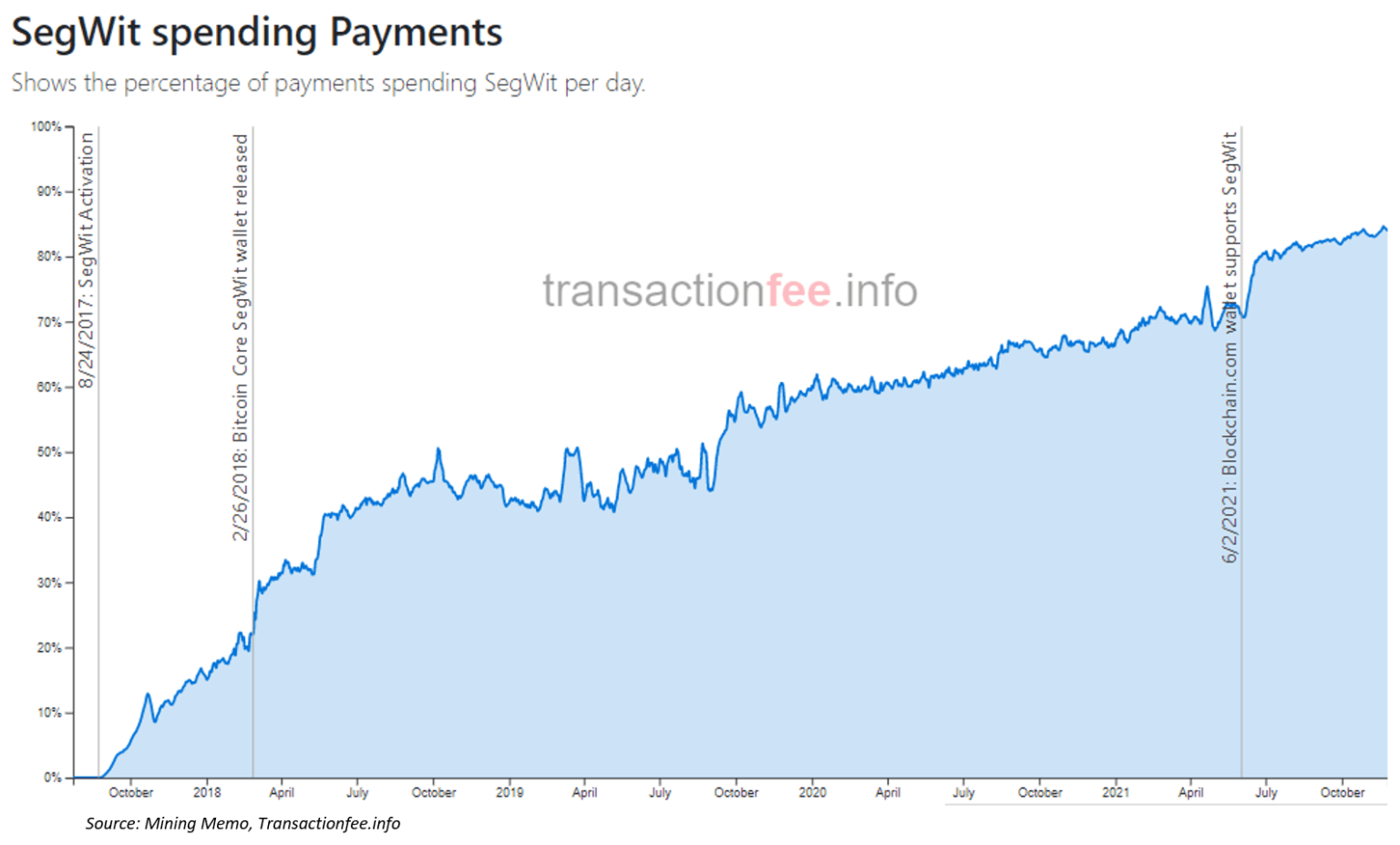 SegWit payments have received an extremely high adoption rate and currently stand at 84%. As the network evolves, we will see some changes that may occur over the years. Taproot has just been activated, and compared to SegWit’s adoption speed, the adoption process can take more or less the same time. But no one knows because it’s all very new. The only thing you can be sure of is that we still have a long way to go.