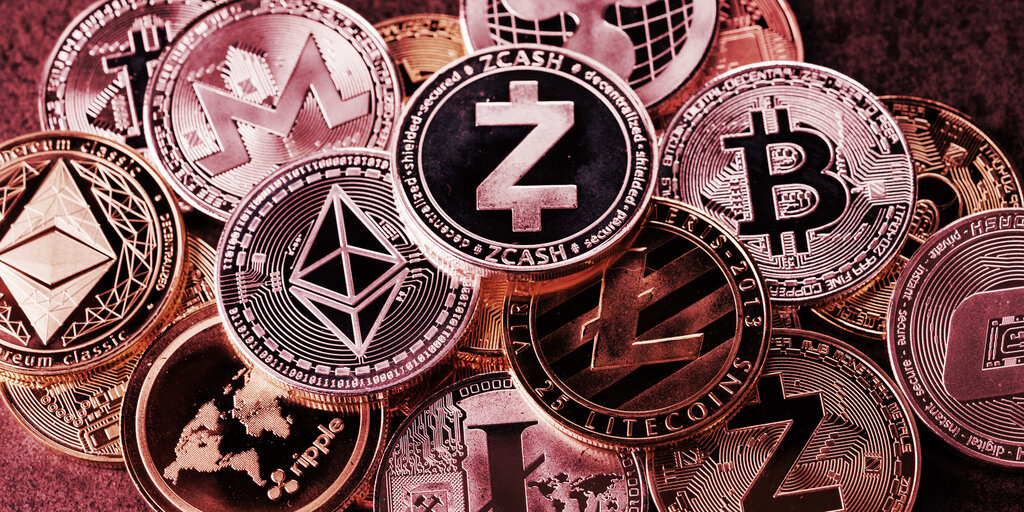 The global cryptocurrency market capitalization crossed the $1 trillion mark yesterday in a major breakthrough. It took a decade to do so.

But Erik Voorhees, CEO of self-custody crypto platform ShapeShift, predicted today that it will repeat this feat—in just six months.

“Crypto Market Cap: $1 Trillion. Took ten years. It will take less than six months to get to $2 Trillion,” Voorhees wrote.

Took ten years. It will take less than six months to get to $2 Trillion.https://t.co/X4HCHcbEKs #bitcoin #ethereum pic.twitter.com/Ggvu00vlFv

The U.S. dollar is no longer a reliable store of value. @winklevoss and I make the case for $500K #Bitcoinhttps://t.co/scnBM5DcIn pic.twitter.com/0ehHOy29T6

The total market cap of all cryptocurrencies—at least the ones tracked by crypto analytics platforms—broke above the $1 trillion mark yesterday. Since there is around $95 trillion worth of money in the world today, this translates to roughly 1% of that money concentrated in crypto.

Notably, the two largest cryptocurrencies—Bitcoin (BTC) and Ethereum (ETH)—have already entered the list of top 100 largest assets by their market caps. On different tracking platforms, Bitcoin is ranked 8—or 11—which means the total value of all BTC in circulation is bigger than the value of companies like Visa, Mastercard, Verizon Communications, and many others.

If Bitcoin retains its dominance of around 70% by the time Voorhees’s prediction comes true, that would push its market cap to roughly $1.4 trillion, allowing it to enter the top 5 of largest assets—or at least close to it if we take gold and silver into account.