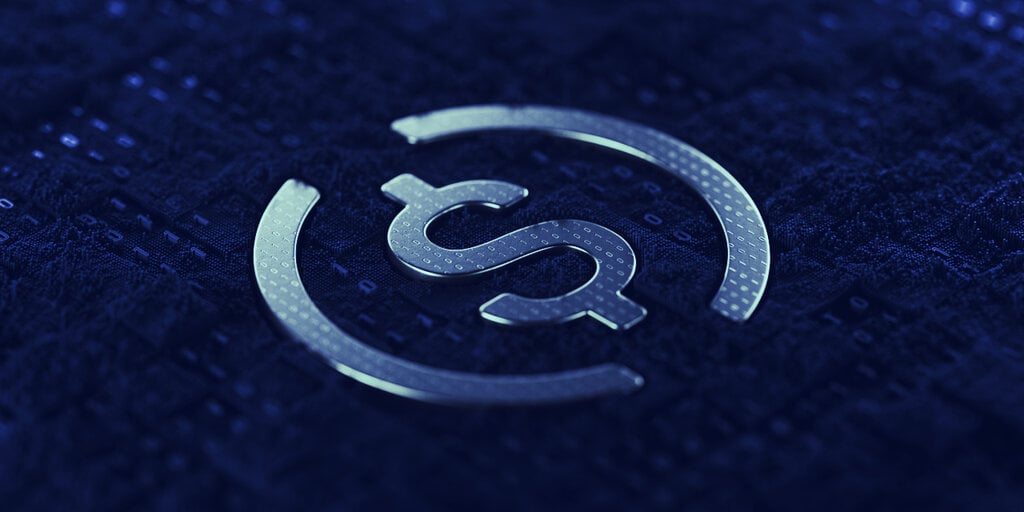 The supply of stablecoins on ETH continues to explode, according to a report released today. Why? Because interest in decentralized finance DeFi applications continues to grow.

The Q1 DeFi Report by ConsenSys (which provides funding to Decrypt) says that the total supply of stablecoins on ETH increased from $19.5 billion on January 1 to $37.4 billion by March 31—nearly doubling in three months.

What’s more, from March 31 of last year to March 31 this year, the supply increased nearly sevenfold: from $5.5 billion to $37.4 billion, according to ConsenSys.

“This correlation makes sense considering how stablecoins are the main medium of exchange and can be used in DeFi applications to earn yield through lending, a return on investment as a liquidity provider (LP), or as collateral for synthetic products,” the report says.

The report adds that this is because “ETH is emerging to not only be the settlement layer for nearly all of the leading dapps, but also for almost the entire ecosystem of digitized dollars.”

DeFi, the name given to a group of peer-to-peer financial products that allow lending, borrowing, and trading, has exploded in popularity and is partly behind the ETH bull run that started last year. Most DeFi applications are built on ETH, and using stablecoins is one of the key ways to make transactions on them.

Stablecoins are cryptocurrencies designed to have low volatility compared to, say, BTC—which goes up and down all the time. The most popular stablecoins are pegged to the US dollar, but others are backed by gold, other fiat currencies, or even algorithms.

Tether (USDT) is the biggest stablecoin with a market cap of nearly $60 billion, making it the fifth-biggest digital asset. The cryptocurrency has a much bigger trading volume than BTC and ETH, the largest cryptocurrencies by market cap.

The Top Performing DeFi Coins in Q1 Were Not on ETH

But the fastest growing stablecoin is USD Coin (USDC), a project launched by peer-to-peer payments company Circle alongside crypto exchange Coinbase. It is the 14th-biggest cryptocurrency by market cap.

As the report notes, USDC is being used even by traditional financial companies, such as Visa, showing how “stablecoins are now moving well beyond traditional crypto use cases.” The payments company in March completed its first transaction using the currency.