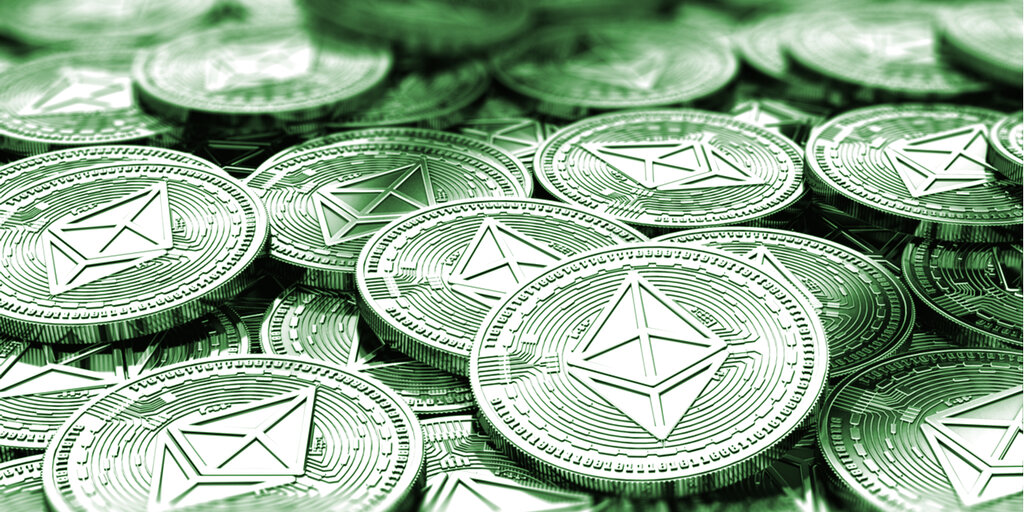 Lending deposits on the three biggest ETH DeFi platforms hit a record high in the first quarter of 2021.

Aave, Compound, and MakerDAO collectively held more than $25 billion from users, according to a report from data analytics firm Messari.

The quarter also set a record for outstanding loans, as $10 billion in funds from those platforms were redistributed to other users on the platform. Roughly 53% of the loans came from Compound, compared to 30% from MakerDAO and 17% from Aave.

The lending sector went parabolic during the first quarter of 2021.

DeFi’s most popular lending platforms reached $25 billion, the highest the sector has ever seen, including

DeFi, short for decentralized finance, is the catch-all term used to describe blockchain-based protocols that cut out traditional middlemen. Instead of a bank approving you for a loan, you can get one via your peers on a DeFi platform. To get a loan on Compound, for instance, you can place ETH as collateral and then borrow DAI, an algorithmic stablecoin pegged to the dollar.

Today’s Messari report demonstrates that the DeFi market continues to grow after a solid second half of 2020. According to DeFi Pulse, which tracks many of the top ETH platforms, there’s now over $55 billion “locked into” (read: deposited in) decentralized finance protocols, including lending platforms, peer-to-peer exchanges, and crypto derivatives trading markets.

Of course, those big figures are denominated in dollars, meaning that—although the number of ETH locked in DeFi is higher than ever—the value partially reflects the higher prices of the assets themselves. March was a record month for ETH’s price, as the asset set an all-time high of $1,965 on the last day of the quarter. The rising price of ETH was matched by gains with other tokens that run on the ETH network.

Although March’s prices have already been surpassed by April’s, when prices careened over the $2,500 mark, Q2 might not be as bullish for lenders as Q1 was. The past week has been a mixed bag for ETH and ETH-based tokens as the price of ETH fell a modest 2% and Aave recorded 22% losses. Maker, on the other hand, has posted 22% gains and Compound is up 10%, per data from Nomics.

COMP, MKR, and AAVE are all “governance tokens,” giving their holders some say over the direction of the platform. And given the hefty balances pooled into those three protocols now, it appears holders like what they’re seeing.