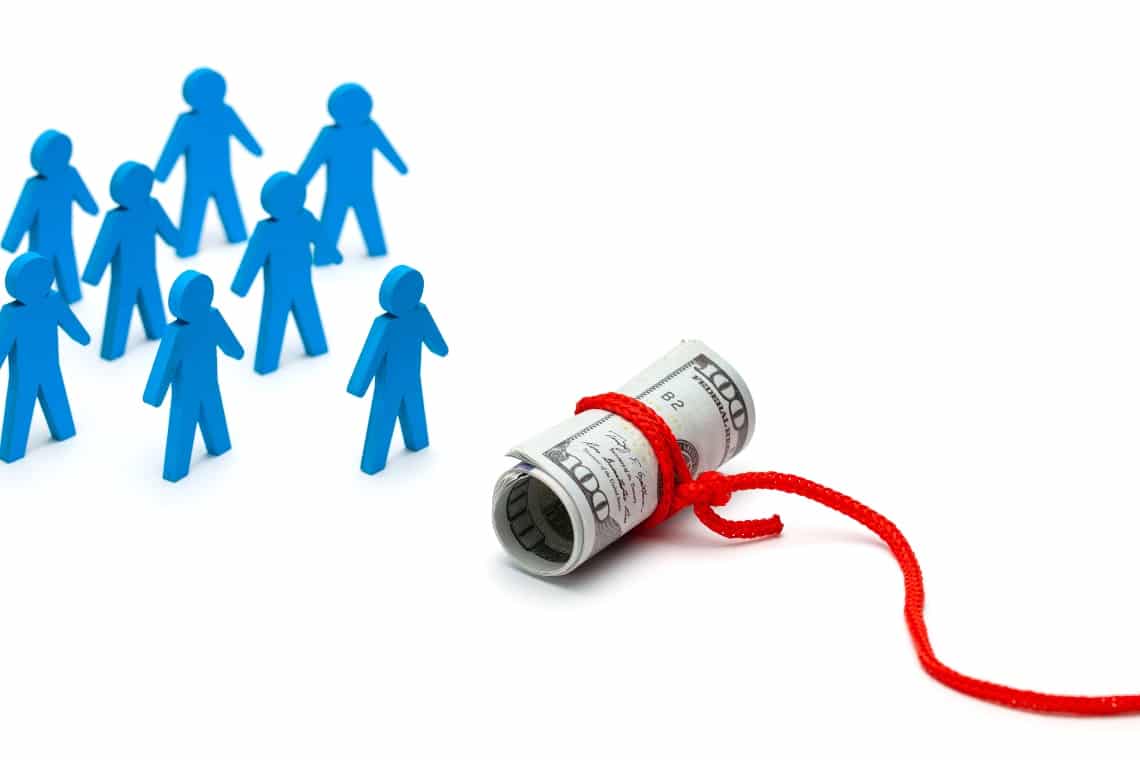 New year, same old scams: we’re talking about TronChain, the ponzi-scheme launched in July on the Tron blockchain and whose culmination occurred in these first days of 2021.

The operation was based on the classic principles of a pyramid scheme: promising everyone an exaggerated gain, driven by new subscriptions which in turn were attracted by the positive testimonials of the first who were the lucky ones to enter the mechanism.

In this case, the subscriber was guaranteed an income of 310% on the sums invested, with a ratio of credit equal to 1% per day for which, in theory, after only 100 days each one would have taken back his own invested capital. Up to this point, nothing exaggerated or unsustainable, but it was the referral mechanism that accelerated the collapse of the structure: in fact, percentages of 30% were foreseen for those who brought new subscribers, with further percentages of 10% and 8% up to the 15th degree of connection. Then again, this is the rule of every Ponzi-Scheme: each subscriber is obliged to convince others, because by doing so he accelerates the return of his sums and passes the baton to the next unfortunate.

Obviously, it was necessary to improve and try to propose itself as something different, so the team had inserted some gadgets that were supposed to protect the “investors” from the loss of funds contributed, and which obviously – spoiler alert – did not do the trick.

One of these had been called “Insurance“, which was a fund where fractions of new deposits were accumulated and were supposed to be drawn from to allow new subscribers to receive at least 100% of what they invested. When it was needed to be used, it lasted for a few seconds, as in the days of the 2017 ICOs.

Another mechanism had been borrowed directly from the DeFi world – the serious one – and consisted of liquidity mining by earning governance tokens (UME) and later financial tokens copied from Yearn Finance (EFT).  All as part of a hypothetical ecosystem that would include a DEX and other applications ranging from gaming to fintech (we purposely don’t provide links or references).

How did the TronChain scam unfold?

When a Ponzi scheme starts to fail to gather subscribers, the downward spiral becomes irreversible and merciless: new funds run out, word gets out (in real-time, since the smart contract is visible on the blockchain), nobody comes in anymore, and the pyramid falls apart.

At this point, the team tried to slow down the demise, trying to block withdrawals at least for those who had already broken even and even inviting them to make voluntary donations to “support the ecosystem, the ideals of the project, and so on,” but underestimating the greed inherent in human nature: the withdrawal block – activated only on TronChain’s web interface – was immediately bypassed and those who had been blocked were able to withdraw directly from the smart contract, emptying it.

Now the storytelling is focused on the promises of reintegration, which would be entrusted to the creation of a new chain without the mistakes (?) of the previous one, and whose proceeds should partly serve to reimburse the scammed.  Be warned.

The post TronChain: the first scam of 2021 appeared first on The Cryptonomist.