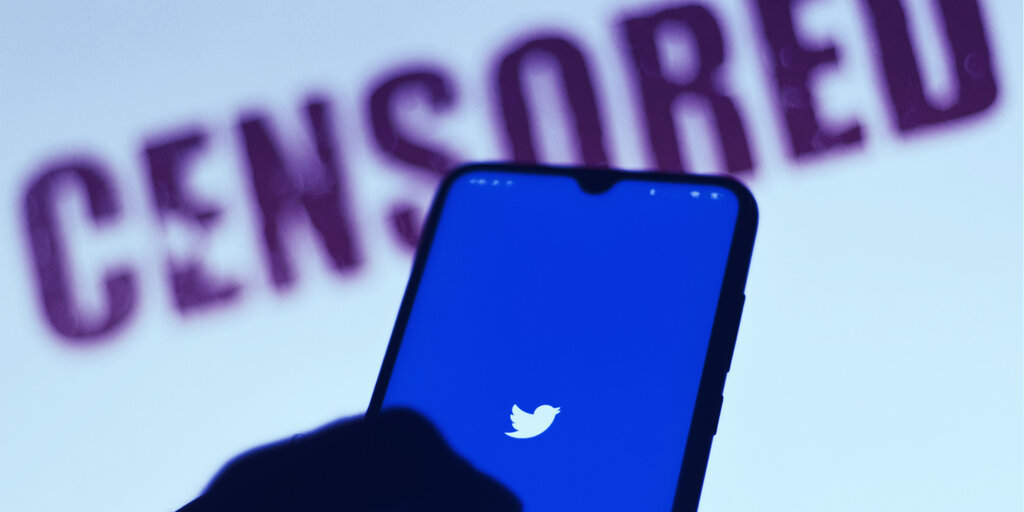 We want to provide much needed clarity around the actions we’ve taken with respect to two NY Post articles that were first Tweeted this morning.

According to Twitter Safety, the article, which purported to share evidence that Biden had arranged a meeting between his father and a Ukrainian businessman, contained images that “include personal and private information—like email addresses and phone numbers—which violate our rules.”

Furthermore, Twitter Safety said, since 2018 the centralized platform has had a policy against “links to or images of hacked materials themselves.”

The New York Post responded that Twitter’s assertion that “the story relied on hacked material” a “baseless claim.”

The article in question shares an alleged email message from an advisor to Burisma, the Ukrainian energy company whose board Hunter Biden served on. The message reads, “Thank you for inviting me to DC and giving an opportunity to meet your father and spent [sic] some time together.” There’s no evidence showing that meeting took place.

You may remember Burisma and Hunter Biden from their roles in Donald Trump’s impeachment, which hinged on Trump allegedly looking for the Ukraine government to provide political dirt on the elder Biden, who was then running for the Democratic presidential nomination. Trump had heard that while serving as vice president, Joe Biden had pressured Ukraine to fire the country’s lead prosecutor, who was looking into Burisma; Trump presumed that Joe Biden was doing favors for his son.

The New York Post says the email, found on the hard drive of a computer in Delaware, proves this. The shop owner apparently couldn’t track down the owner, but sent it to the lawyer of Rudy Giuliani, who himself represents Donald Trump. Former Trump strategist Steve Bannon, who earlier this summer was arrested for money laundering, gave the scoop to the Post.

Researchers and journalists have pointed out some big problems with the piece, including that the timeline of the emails doesn’t match up with the metadata.

But Twitter’s reaction to the story has caused more of a firestorm than the story itself, which has been largely ignored or criticized, in part because of its relationship to presidential partisans Giuliani and Bannon.

Twitter CEO and Bitcoin fan Jack Dorsey publicly apologized for how the ordeal played out, especially as it involved the fifth-largest US newspaper by circulation.

Our communication around our actions on the @nypost article was not great. And blocking URL sharing via tweet or DM with zero context as to why we’re blocking: unacceptable. https://t.co/v55vDVVlgt

Social media platforms have been under heavy scrutiny this election season, from both sides of the aisle. Some Republicans have argued that social media company algorithms are biased against conservative news stories. Many Democrats expect Big Tech, especially Facebook and Twitter, to put in place methods to fight disinformation campaigns sponsored by outside governments.

The Post incident gives more ammunition to Republican lawmakers, but makes absolutely no one happy, least of all Twitter. The company’s tardy response has given time for other criticisms to form: mainly that the platform is trying to stifle free expression.

It also showed that attempts at centralized control can backfire: The ranking Republican member of the House Judiciary Committee, Jim Jordan, copy-pasted the New York Post article as a press release to his official government website.

Dorsey, who unveiled the Blue Sky initiative last year in a bid to bring decentralization to social media, understands this. Still, he and Twitter have yet to figure out a way to balance decentralization with community standards, Republican demands with Democratic desires, and potentially shady articles with clearly uncomfortable truths.