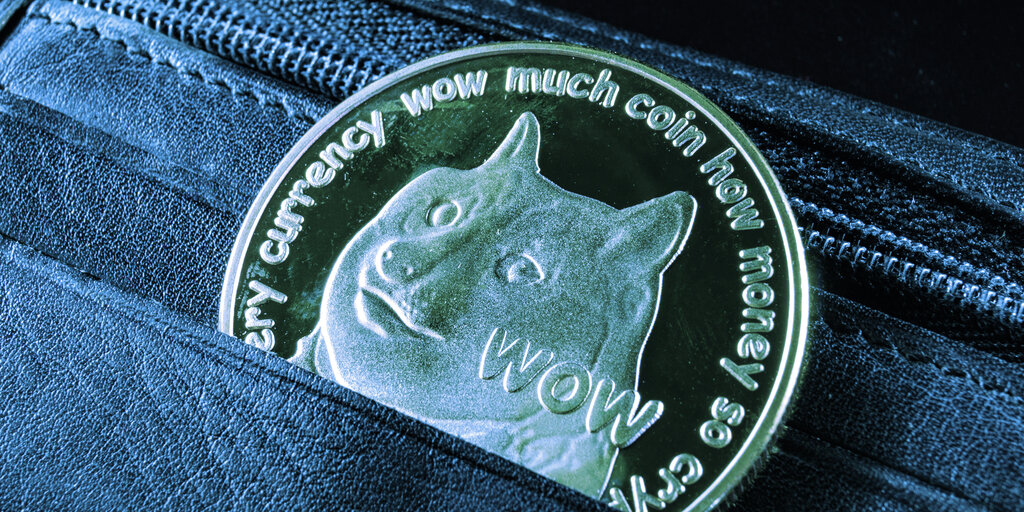 Moore, who represents the Montgomery metro area, purchased thousands of dollars worth of Dogecoin, ETH, and Cardano from May through June, according to a disclosure filed last week with the Clerk of the House of Representatives.

Moore is one of the few congressmen who’s publicly known to have purchased cryptocurrency.

5 Things We Learned From the Congressional BTC Hearing

After buying between $1,001 and $15,000 worth of ETH (ETH) on May 5, Moore purchased an equivalent amount of Cardano (ADA) on three separate occasions: May 10, 11, and 13. Exactly a month later, he obtained at least $1,001 worth of Dogecoin (DOGE). His total crypto holdings, then, amount to somewhere between $5,005 and $75,000—or, rather, that’s what they were worth at the time of purchase. The summer crypto slump means they are likely less worth today.

The STOCK Act, passed in 2012, requires federal lawmakers to report certain financial trades. The intent is to limit the possibility of insider trading on information gleaned from information not made available to the public.

Little danger of that here, it seems. ETH, Dogecoin, and Cardano have all dropped since Moore’s purchases.

Unlike Senator Cynthia Lummis (R-WY), who has integrated BTC ownership into her political identity, Moore hasn’t had much to say on the subject of cryptocurrency. He belongs to two house committees—Agriculture and Veterans’ Affairs—while his caucus memberships highlight his ties to the military. (He’s also in the Congressional Chicken Caucus and Congressional Rural Broadband Caucus.)

Although the Congressional Blockchain Congress, a collection of Republicans and Democrats in the House, actively champions the technology behind cryptocurrencies, most US lawmakers have not bought any directly. (Recognizing that fact, the Chamber of Digital Congress announced last October that it would send every congressperson $50 worth of BTC.)

Last week, the Congressional Oversight and Investigations Subcommittee held a hearing with crypto experts on potential cryptocurrency regulations. While Rep. Brad Sherman (D-CA) wants to “shut [Bitcoin] down,” most representatives implied they are still forming opinions about the technology.

Maybe they’ll ask Moore for his thoughts on DOGE.