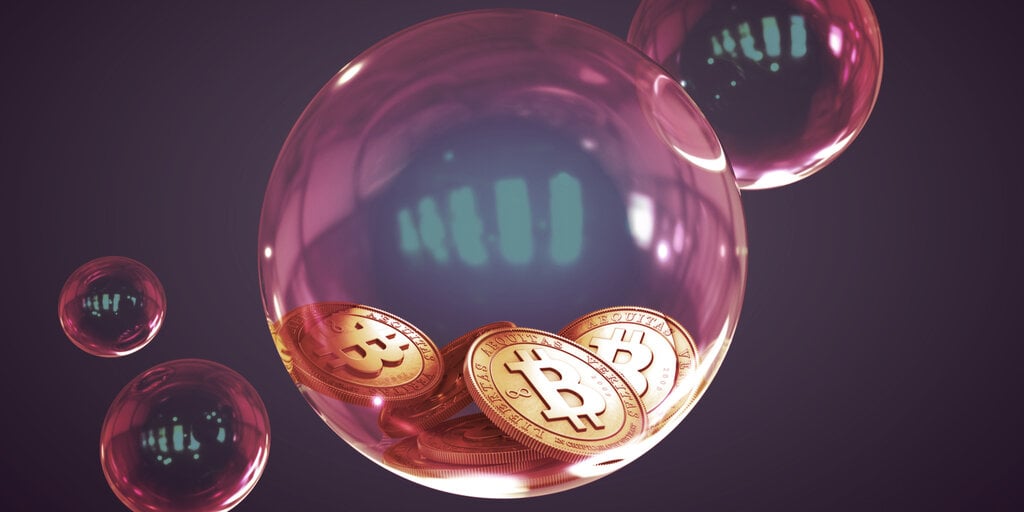 Regulators around the world could eventually “pop bubble-like crypto markets,” making digital assets too risky and unsuitable for professional investors, according to a note sent by major Swiss bank UBS to its clients last week.

“Regulators have demonstrated they can and will crack down on crypto. So we suggest investors stay clear, and build their portfolio around less risky assets,” said the note. “We’ve long warned that shifting investor sentiment or regulatory crackdowns could pop bubble-like crypto markets.”

Per Markets Insider‘s report published today, UBS’s note cited a number of recent developments in the field of crypto regulation. Perhaps the most impactful one is China’s massive clampdown on BTC mining and digital assets.

In June, miners from Chinese provinces such as Sichuan, Yunnan, and Qinghai were forced to shut down their operations. Simultaneously, the country’s central bank prohibited payment platforms and banks from any cryptocurrency-related activities.

In other countries, regulators and central bankers have voiced concerns about cryptocurrencies. In late May, the Bank of England governor Andrew Bailey stated that cryptocurrencies are “dangerous” amid wider calls for regulation. Meanwhile, Stefan Ingves, governor of Sweden’s central bank Riksbank, argued that BTC is “unlikely to escape regulation.”

Just last week, several cryptocurrency experts were summoned before the U.S. Congress Oversight and Investigations Subcommittee to voice their opinions on the potential risks and benefits of digital assets. And according to Rep. Tom Emmer, crypto regulation sorely lacks clarity today.

Brad Sherman, Representative for California’s 30th congressional district, went even further and stated that it would be better for people to “make ‘bets’ in equity markets or the California lottery” than invest in digital assets. Ultimately, he urged that BTC be shut down, arguing that it’s “highly volatile” and has “the political support of patriotic anarchists who are rooting for tax evasion.”

5 Things We Learned From the Congressional BTC Hearing

“Crypto trading practices, such as extending 50X or 100X leverage, appear fundamentally at odds with mainstream finance regulation. While we can’t rule out future price gains in cryptos, we see this as a speculative market that poses significant risks to professional investors,” the bank concluded.

This isn’t the first time UBS has warned investors against BTC. Last year, a report by the bank argued that cryptocurrencies are “neither a suitable alternative to safe-haven assets, nor do they necessarily contribute to portfolio diversification.”