Although the price of BTC has been registering a low on top of a low in 2022, analysts still believe in a recovery in the value of the main cryptocurrency on the market and think it possible that the year will see BTC at $ 100,000.

However, while BTC does not start a new bullish rally, analysts point out that the Uniswap (UNI) price is in a perfect position to start a massive uptrend,

Thus, as pointed out Akash Girimath once the UNI collected the sell-stop liquidity that rested below a crucial support level, it should initiate such a move.

“So a quick recovery is likely to catalyze a move higher,” he said.

Thus, he points out that the Uniswap price has marked the $16.72 support level three times between December 26 and 31, 2021, creating the triple bottom pattern.

“This technical formation is a reversal setup and indicates the start of an uptrend,” he points out.

Thus, he also points out that due to the January 5th flash crash, the Uniswap price dropped below $16.72, collecting sell-stop liquidity below it.

“Market makers employ this move to project liquidity before starting a new uptrend. In this high of 30% , UNI will face the first hurdle – the 50-day simple moving average (SMA) at $17.98″, he points out.

Thus, the analyst highlights that the bulls need to overcome this lock to reach the $19.94 resistance barrier, where the Uniswap price has set up a double top.

“In some cases, the altcoin may retest said barrier or sweep above it to collect liquidity,” he says. 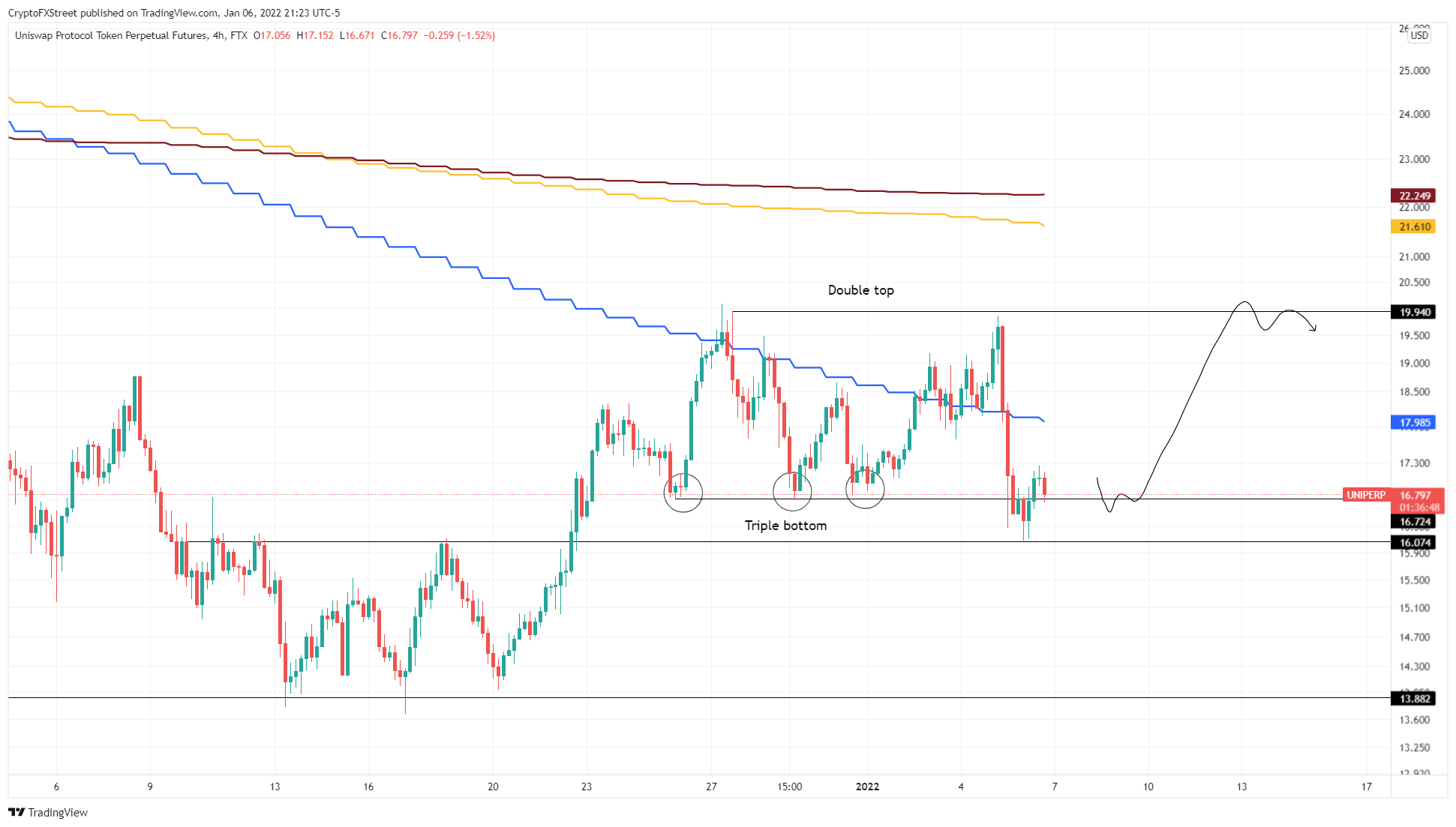 However, he points out that a failure to stay above the $16.72 support level will indicate weak buying pressure.

“Such a development could lead UNI to retest the $16.07 barrier, where the bulls can make another turn.”