Supply from stablecoin, UST, has more than doubled in the past nine days, reaching $6.4 billion. This puts the $2B coin behind the DAI, the stablecoin produced by the Maker protocol, as of November 18th.

Fans of the Terra ecosystem, which produces the stablecoin UST, may need to contain their joy because the increase is not due to user demand, but to a governance proposal. 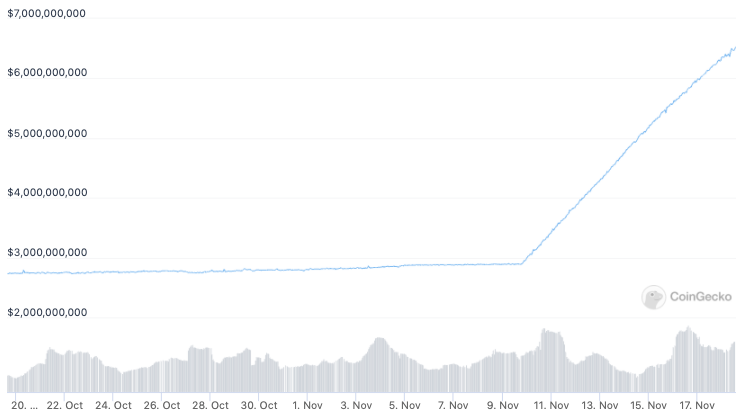 Here’s what happened: The governance voted to burn 88.68 million LUNA tokens, worth $3.5 billion at a price of $40.21 on November 18th. These LUNA tokens came from “rewards”, deposited in the earth treasure when users exchanged them for UST tokens when demand pushed the value of stablecoin to over $1.

Exchanges will continue for two weeks in total, as per the proposal.

When users made this exchange, LUNA accumulated in the treasury. An update called Columbus-5, sent in Sept. 30, changed it so that LUNA is now burned, but still leaves the treasury with LUNA’s billions of dollars.

Now the question is what to do with all this UST. “Initially, the plan was signaled in prop 44 was to use $1 billion to initialize the ozone,” wrote Terra co-founder Do Kwon in the proposal to burn the 88.68 LUNA.

Ozone is an insurance protocol that has not yet been released, but will provide coverage for technical failures in the Terra DeFi ecosystem. Risk Harbor, risk market manager for decentralized finance along with AngelList co-founder Naval Ravikant, recently took over the helm of Ozone.

Another effect of LUNA being burned is that stake rewards should increase to more than 10%, as per Kwon’s proposal. This is because, according to the changes implemented in the Columbus-5 swap rates in Terra, like the LUNA to UST rates made in bulk now, go into a pool that rewards the stakers.

In fact, the staking rose to 7.94% per year. Almost doubling since Terra started trading LUNA for UST. 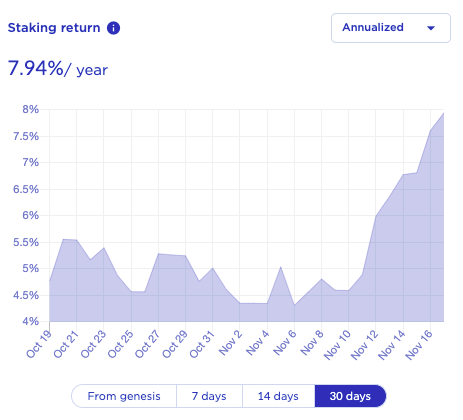 All in all, UST supply is heading towards the moon, although demand has not steered the trajectory. Still, with an insurance protocol underway and stake rewards increasing, things are looking up for Earth protocol.