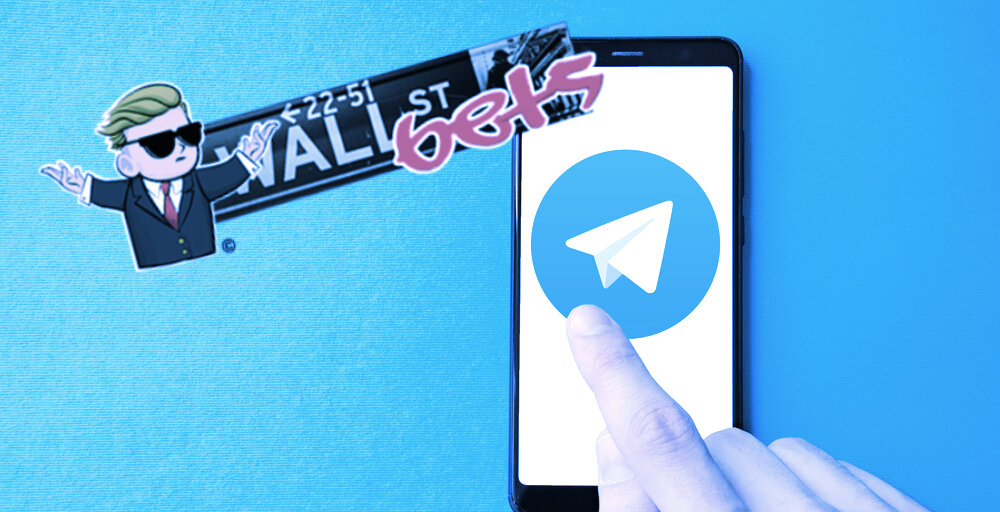 An unofficial Telegram channel set up to support the WallStreetBets movement has grown by 40,000 members in just 24 hours—and it’s climbing rapidly.

Reddit’s WallStreetBets subreddit broke into mainstream news over the past few days after it encouraged its community to buy the stock of video game company GameSpot. The redditors’ aim was to liquidate the short trades that many investment firms had in place (which largely worked).

But this massive market movement has brought a lot of attention to the notorious subreddit. Already WallStreetBet’s Discord channel has been banned over “hate speech” and its subreddit has already gone down temporarily (due to its moderating software hitting scaling issues). And some in the community are concerned that it needs a more secure footing.

“I figured eventually censorship would be too great on reddit and discord. Seems I was correct about that,” said the owner of this specific WallStreetBets Telegram channel (there are many), who goes by the pseudonym BTCVIX.

The owner, who has been a long time community member of WallStreetBets on Reddit, set up the channel around five years ago. Until yesterday, it had just 500 members. As for why the channel picked up so suddenly in such a short period of time, the channel’s owner simply replied, “Momentum and the censorship.”

What an incredible moment in time.

Everyone is rooting for WallStreetBets aside from a few bootlicking finance journos.

I stand with the plebs.

But the owner has had his differences with others within the WallStreetBets movement. A few years ago, he was banned from the subreddit by bringing up cryptocurrency—discussion of which is explicitly disallowed on WallStreetBets, as Decrypt reported yesterday. But he stuck around. “Yeah, I look at it more as a movement. It is kind of mindset idea etc,” he said.

The owner argues that there are the same underlying factors driving both WallStreetBets’s anger at Wall Street and the crypto community’s belief in creating sound money—and taking it out of the hands of the government and the Federal Reserve.

On the overlap between WallStreetBets and crypto, BTCVIC said they are “Pretty close, seems to [be] more of a movement/ idea. Memes have more power than “experts.” Corrupt financial system is the common enemy.”

As for the goal of his WallStreetBets Telegram group, the owner explained that the broader movement is all about, “Up-ending the suits of wall Street and democratizing finance.”

But if the group continues to gain so much traction, perhaps it will rethink its stance on crypto.