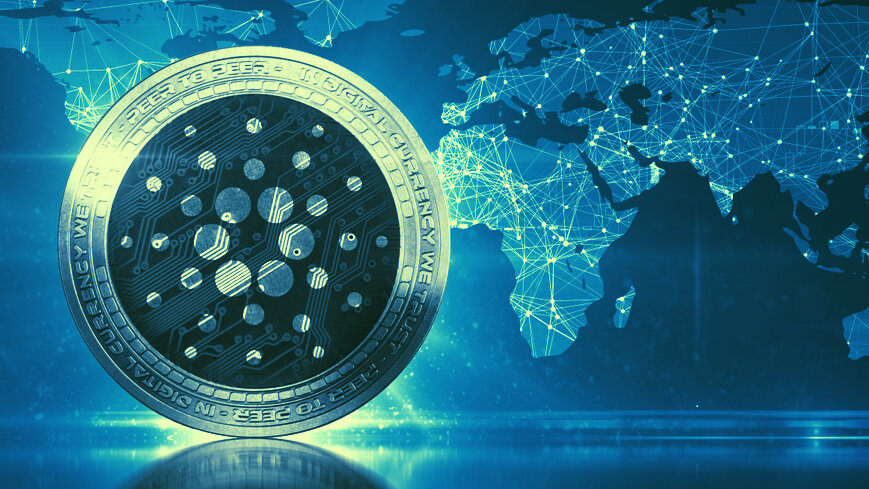 Since its inception in 2015, ETH has been the dominant platform for crypto companies to build projects on. Its combination of smart contracts and ERC-20 tokens allows anyone to create their own tokens on top of ETH’s infrastructure – that led to the birth of DeFi.

As a result, a litany of other protocols has been racing to create their own versions of ETH’s ecosystem.

Some of the quickest has been Solana, Tezos and Near, who have been aggressively courting developers to build on their platforms. One of the more cautious projects trying to create an ETH alternative is Cardano. It also was founded in 2015, but rather than adding functionality quickly, IOHK, the project that oversees the development of Cardano, has been slowly adding features after extensive testing and peer review.

What is Cardano (ADA)? The Peer-Reviewed Blockchain

Some six years after its inception, Cardano’s Alonzo upgrade is about to add a raft of new features that bring it more closely inline with ETH and other projects competing to be crypto’s builders playground.

How Cardano goes about blockchain development

First, it’s important to understand how Cardano differs in its approach to developing the network.

While most networks use a typical software development model of introducing new features, implemented and voted upon by key members – ETH is one – Cardano has chosen the peer-review approach, most commonly seen in academia. Each new feature goes into peer review via IOHK, a company that works in conjunction with several universities on research and development.

As a result, the development of the network has been broken up into distinct phases:

Cardano is currently in the Goguen era. At the time of writing, the network has already moved through the Allegra hard fork – which required tokens to be locked up in order for participants to take part in on-chain voting – and the Mary fork which paved the way for NFTs to be used. Next up is Alonzo.

The name is a reference to US mathematician Alonzo Church who was one of the forefathers of computer science.

Alonzo is a hard fork that will, once complete, introduce new features to the Cardano network, such as the development of new dApps and DeFi functionality.

The launch of Alonzo will take place in multiple phases, with each phase being identified by a color. The current phase, blue, will be succeeded by Alonzo White and Alonzo Purple.

Then there will be a series of sub-stages, that, if all goes well, will lead to the deployment on the Cardano mainnet in September of this year. The addition of the Alonzo upgrade will give Cardano the ability to compete with other decentralized finance ecosystems like ETH, Binance, Polkadot, Solana and others.

Charles Hoskinson, the founder of Input Output Hong Kong, said he believes this will be the busiest time in the company’s history.

“This is probably going to be the busiest 90 days in my company’s history and the ecosystem’s history. I’m not saying 90 days after this video, Alonzo will be on the Mainnet. What I’m saying is the most critical engineering path, integration path, coordination path, and community path are for the next 90 days.”

Projects have already been eyeing up the new functionality on Cardano as a way to build genuine alternatives to Web2 projects. SoMee plans to give its users control of their own data while maintaining their privacy, users will be able to monetize their own content and their own data without worrying about how it could be used or accessed by someone else.

SoMee’s full vision was not possible on other blockchains due to scaling limitations, but Cardano’s technology, says the project, has the tools necessary to offer an alternative Facebook and other social networks.

What it means for ETH

ETH is the current leader in the space, but the network’s rise has been hampered by high fees and slow transaction times. ETH is currently also in the process of a major upgrade, but the current hubris gives Cardano, and other rival projects including Binance Smart Chain, Solana, and Polkadot, an opportunity to advance.

The team at Cardano has been building an ERC-20 converter that will allow tokens from ETH to live on the Cardano blockchain. While still allowing users to move freely back to the ETH network at any time.

When announcing the bridge earlier this month, Romain Pellerin, the CTO of IOHK, the company behind much of Cardano’s development, said: “We believe the blockchain technology will only achieve mainstream acceptance when end users are not locked into one blockchain or standard. Bridges like this are an absolute necessity in order to ensure that users have a seamless experience.”

It’s that interoperability that’s likely to encroach on ETH and other networks. Cardano remains far and away the most capitalized cryptocurrency in terms of staked value. Industry data shows that ETH’s staked value is a distant second at $12.2 billion. Solana, Polkadot and Algorand round out the top-five.

Cardano’s staking allows users to earn passive income in the form of ADA without having to lock up their assets for a certain period of time. By comparison, other protocols specify a minimum lock-up period for earning staking rewards. If users can move their ETH to ADA and stake with greater freedom, it could tilt the scales in Cardano’s favour.

Cardano’s strategy may be considered piecemeal by some but it doesn’t appear to have done ADA, the platform’s native cryptocurrency any harm. The token is currently ranked fifth, by the size of its market cap, and has been one of the fastest rising this year. Who knows where Alonzo will take the project next.