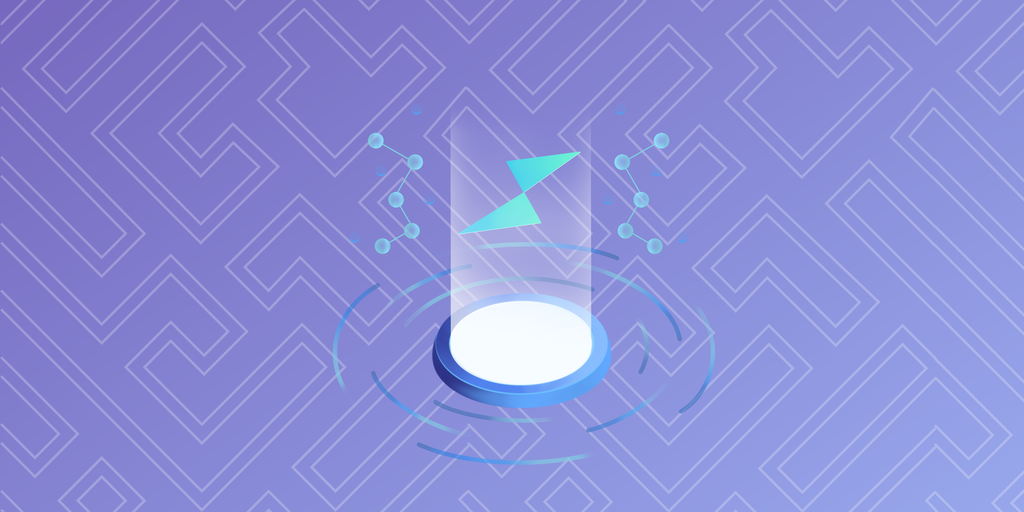 While crypto markets are maturing, developing more financial products, and gaining users, most crypto assets are still marooned on their native networks. This means assets minted on a network like ETH cannot be used or directly traded to another crypto network, like the BTC blockchain or Binance Smart Chain.

Swapping assets across blockchains is reliant on middlemen in the form of exchanges, such as Coinbase or Binance—or is dependent on tokenized versions of assets, such as Wrapped BTC. This means that while isolated blockchain ecosystems may be liquid, meaning there’s an active market of buyers and sellers, crypto markets in the aggregate are fragmented and hence illiquid.

Thorchain is a blockchain protocol built on Cosmos, the so-called “Internet of blockchains,” that aims to make all of crypto liquid. It seeks to do this by enabling the trading of non-native crypto assets, such as trading BTC for ETH, but in a completely decentralized way. In essence, it does much of what Coinbase and Binance do—but without a third party ever taking control of the funds.

The Thorchain protocol also powers a decentralized exchange (DEX) by the same name. Like Uniswap or SushiSwap, the Thorchain DEX allows anyone to trade or lend their crypto assets by providing liquidity to an asset pool and, in exchange, earn a return (or “yield”) on those assets.

Thorchain was built by a mostly anonymous team. Conceived in 2018 during a hackathon, the protocol’s multi-chain “chaosnet” was finally launched in April 2021 after initial development took place on a few testnets.

The broader goal of its team and community is to create decentralized liquidity to eliminate the need for centralized parties, who can and have withheld access to financial products or services from individuals for various reasons.

DeFi, as the name suggests, is all about decentralizing access to finance. DeFi is shorthand for a collection of financial products that allow users to borrow, lend, buy and sell crypto assets without the need for third-party intermediaries. Thorchain, as a DEX (also known as a “decentralized exchange”), is part of that group of products, and it aims to push the boundaries of decentralized finance even further.

Thorchain’s team even plans to completely hand over control of the network to the community by the summer of 2022.

How swaps work on Thorchain

Thorchain uses an adaption of another DEX’s lending system, namely Bancor’s continuous lending pools, to facilitate trades. In these trades, all assets are deposited in liquidity pools shared with one other asset, which is Thorchain’s native token, RUNE.

RUNE is swapped against other assets in all trades. In a swap for asset A to asset B, the protocol would conduct two trades, swapping A for RUNE then RUNE for B. RUNE double swapping is what allows for decentralized swapping of assets across chains non-custodial.

So far, the protocol has worked as intended, and that has helped push RUNE to a top-ten spot by market cap among DeFi tokens as of June 2021.

Thorchain initially launched with support for assets from BTC, ETH, BTC Cash, Binance Smart Chain, and Litecoin. Support for other tokens and assets is continually being added.

Getting into the gears of Thorchain

Thorchain is a proof-of-stake (as opposed to proof-of-work) blockchain, which means it’s secured and maintained by node operators who bond and earn RUNE. Nodes are computers that validate swaps and create pools for assets and in return get rewards.

One hundred validator spots are initially available to nodes, but the network can scale to 300 spots. These spots are periodically recycled in a “churning,” ensuring the network is kept competitive, giving operators anonymity, and providing an additional layer of security as nodes cannot “capture” (control) the network.

Nodes must bond at least 1 million RUNE to be eligible for a validator spot. RUNE is currently worth around $6 and it has a market cap of over $1.3 billion.

Nodes acting maliciously lose their bonded RUNE while nodes that act correctly earn a portion of the protocol’s income. The bonded RUNE underwrites the asset pools and goes to liquidity providers in the event of a theft or hack, ensuring validators act honestly.

When a swap is made, an asset is sent to a pool’s or vault’s address. A pool address is similar to an email address, except, instead of words and a URL pointing to a person, it’s a series of digits and letters pointing to a digital wallet. Once two-thirds of nodes confirm the address received the coins, they send the other asset back to the user. Again, swaps are native, so the LTC/RUNE vault, for example, has an address to receive LTC.

Like almost every other DEX, Thorchain uses an automated market maker (AMM) model to generate prices. Prices are generated based on the respective number of each asset held in the pool and kept reflective of external prices, like those on other exchanges, by traders. These traders use arbitrage, which is to say they buy assets wherever they’re low in price and sell them wherever they’re high, causing the prices to converge.

Liquidity providers deposit RUNE and one other asset to a corresponding liquidity pool. In return for providing liquidity which traders use, they receive part of the fee taken from trades plus RUNE rewards.

What Is a Decentralized Exchange (DEX)?

What’s more, validating nodes are incentivized to post double the monetary value of the assets held in vaults. Here’s why:

Fees from trades swing between liquidity providers and nodes. If nodes are “under bonded” a higher percentage of fees goes to nodes, encouraging more bonding. The opposite occurs if over-bonding occurs. When 67% of all RUNE in the protocol is bonded and 33% of it is staked, Thorchain is in its “optimal state.”

In theory, this over-collateralized system of bonding means corrupt nodes have more to lose than gain when acting dishonestly.

Beyond security, the DEX’s incentives are structured to create ample liquidity, as fees, non-custodial yield, and DeFi’s natural openness ensure trades on Thorchain typically have low slippage, meaning the difference between a quoted price and the actual trade price used is minimized.

How do you use Thorchain?

What’s the RUNE token all about?

RUNE is traded against other assets in every pool on Thorchain, providing a bridge for assets from different blockchains. Staking RUNE also earns users votes on governance proposals and fees from trading, while bonding RUNE lets nodes validate transactions and earn new RUNE generated each block.

Since incentives push users to bond roughly 2x the amount of RUNE provided in liquidity pools, and since RUNE is also held in each pool, Thorchain’s tokenomics are engineered so that RUNE’s price increases “deterministically.” According to the team, RUNE’s price naturally increases as a multiple of any growth in liquidity on the network.

Thorchain’s tokenomics seem to be working: RUNE’s price has appreciated roughly 500% year-to-date with Total Value Locked (a metric that roughly measures the number of funds sloshing around within a given DeFi project) on the protocol hitting as high as $700 million in May 2020.

RUNE is available on a few different exchanges, including Binance, Uniswap, and FTX. Thorchain has a number of interfaces which include Asgardex, Thorswap, and Vanaheim.

Thorchain’s team believes its protocol of cross-chain swaps is just the beginning. They hope to build a protocol for all of DeFi, offering borrowing, lending, and even synthetics services across various blockchains.

In the near term, the team is aiming to add greater wallet support, update the main website, add pools for other assets, including Dogecoin, Zcash, and Monero, and remove protective measures currently live on the network, which will turn the chaosnet into the mainnet.

12 thoughts on “What is Thorchain? The DeFi Bridge for BTC, ETH and More”