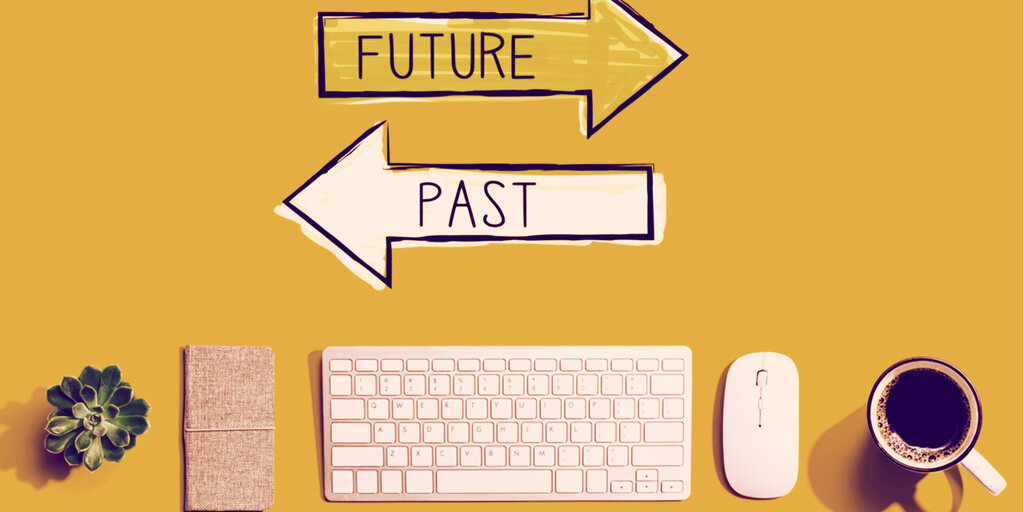 This week, the US Department of Justice and 11 states filed an antitrust lawsuit against Google.

According to the filing, Google has used exclusionary agreements with mobile phone and browser companies to become the dominant search engine, controlling nearly the entire search market, all the while acquiring companies such as YouTube and Android to cement its omnipresence.

In short, it’s a monopoly, a totemic institution that controls broad swaths of the tech market and limits user options. And, it may just be holding back Web 3.0, the broad term for a decentralized internet in which content isn’t controlled by conglomerates but by individual creators—just as previous monopolies attempted to stave off Web 1.0 and Web 2.0 technologies.

According to tech writer Cory Doctorow, antitrust enforcement is key to maintaining a society which values individual freedom. In his August book “How to Destroy Surveillance Capitalism” (published online by OneZero), he argues:

“If we’d denied Google the right to effect its many mergers, we would also have probably denied it its total search dominance. Without that dominance, the pet theories, biases, errors (and good judgment, too) of Google search engineers and product managers would not have such an outsized effect on consumer choice.”

Doctorow is in direct conversation with Shoshanna Zuboff, whose 2019 book, “The Age of Surveillance Capitalism” (some of the contents of which are available on Google Books), defined the term. “Surveillance capitalism,” she writes, “unilaterally claims human experience as free raw material for translation into behavioral data.”

Bluntly put, we’re being spied on, then manipulated, then fleeced.

“If we’d denied Google the right to effect its many mergers, we would also have probably denied it its total search dominance.”

She cites, as an example, the smart thermostat made by Nest, owned by Google. The device connects to other Google internet-of-things devices and only works properly with Google’s operating system, which sends massive amounts of data to Google’s databases, which—you guessed it—Google then uses to sell you more goods.

Which is exactly what a monopoly would do.

Yet isn’t the mere creation of a smart thermostat that integrates AI features an example of the kind of technological progress we’d be missing if we broke up Google’s many arms into separate companies?

Not according to Doctorow.

He compares Google and other Big Tech companies to AT&T, a telecoms company which was finally broken up in the middle of the US-Japan trade war, despite fear that doing so would destroy America’s technology sector.

“Breaking up AT&T in 1982 was the best thing that could have happened to America,” he wrote. “AT&T’s core project in 1982 wasn’t fighting Japanese electronics companies: it was suppressing the growth of the internet in the USA, to preserve its monopoly on telecoms.”

But breaking up AT&T in 1982 was the best thing that could have happened to America. AT&T's core project in 1982 wasn't fighting Japanese electronics companies: it was suppressing the growth of the internet in the USA, to preserve its monopoly on telecoms.

AT&T made money by charging customers fees to use individual phone features. The internet was different: “The internet moved control over services to the edge of the network—the programs running on the computers in users’ homes (and later, pockets).”

In other words, he says, breaking up AT&T made Google possible.

Web 3.0 at an inflection point

Now, with the US in a trade war with another Asian country, this time China, the players are different, but the stakes are the same.

“The US government’s antitrust lawsuit against Google could result in Google being broken up into various smaller businesses,” Harold Montgomery, managing director of digital payments firm Wirex, told Decrypt. “Depending on how that goes it could accelerate the development of Web3 and further decentralize control of the web and make it happen faster.”

Jack O’Holleran, CEO of SKALE Labs, the team behind the eponymous protocol for creating Ethereum-compatible blockchains, seems to think Web 3 will happen no matter what.

“A government antitrust lawsuit is a great indicator of the sentiment of the people towards Web 2 giants,” he told Decrypt. “However, it will make a small dent in comparison to the impact of Web 3…History shows us that disruption more often than not, course corrects for companies that become too big.”

Justin Hunter is skeptical. The creator of a privacy-centric competitor to Google Docs, Graphite, as well as co-creator of SimpleID, a blockchain tool for in-app notifications, Hunter has dedicated his career to extracting the best aspects of Web 2 to help shepherd Web 3 into mainstream use.

How Web 3 can use Google-like tactics to keep users

Hunter compared the Google antitrust lawsuit not to AT&T but to another tech giant.

“I think the government will ultimately ‘win’ their case and we will see a breakup very similar to the breakup of Microsoft in the 90s,” he told Decrypt. “That breakup may have been a stumbling block but it didn’t prevent Microsoft from being part of an oligopoly. That is to say the antitrust case probably didn’t improve competition much in the long run.”

The Microsoft case ultimately resulted in its sharing its APIs with other companies, after Microsoft successfully appealed a ruling that would have required it to split its Windows operating system and software units into separate entities.

But Hunter nonetheless suggested the lawsuit presents an opening for blockchain companies. “Now is the time for Web3 to start figuring out how to reach users,” he said. “If there is a more competitive search landscape, there will soon be more competitive and open SEO opportunities.”

But his biggest concern is that “Web3 is barely at a stage where it is thinking about usability, let alone thinking about discoverability outside the crypto-native network.”

O’Holleran, however, is confident. “In the next decade the search engine we will all use will be community owned, open source, and governed by its users thanks to the decentralized internet,” he said.

Yes, but who will control my thermostat?