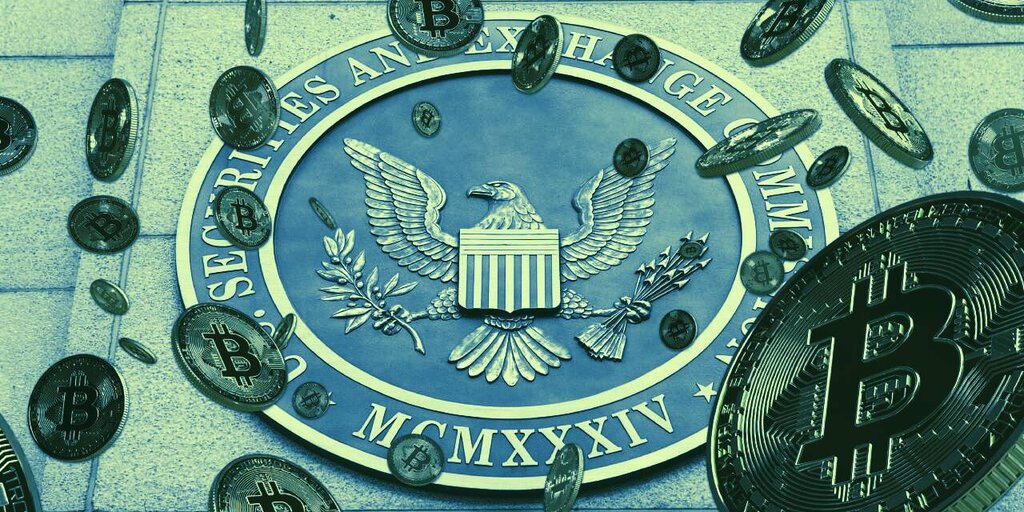 A US-approved Bitcoin ETF would be a wondrous thing, say many in the cryptocurrency industry. Were it to happen, confidence in the world’s premier cryptocurrency would skyrocket; institutional and retail investors would swarm in, and Bitcoin’s price would shoot to the moon and beyond—or so the theory goes.

An ETF, or exchange-traded fund, tracks the price of an underlying asset (in this case Bitcoin) to present an investment vehicle that offers exposure without investors having to actually hold the asset itself—holding cryptocurrency presents certain challenges, custody being just one.

But, to date, the US Securities and Exchange Commission (SEC) has proved resistant to the idea of a Bitcoin ETF, despite the crypto industry’s best efforts. Is there anything that would change its mind?

A brief history of the Bitcoin ETF

From the first application in 2013, the story of the crypto industry’s efforts to prevail upon the SEC to approve a Bitcoin ETF is littered with broken dreams. Numerous attempts have fallen on deaf ears.

The SEC’s most recent rejection of an application came in February 2020. Originally filed by asset manager Wilshire Phoenix in January 2019, the application went through six amendments before receiving its summary rejection.

The industry took note of the SEC’s cited concerns, about limited investor protection, and market manipulation. Bitcoin is not native to a single exchange, which raises concerns that it can easily be manipulated by unregulated exchanges.

SEC Chair Jay Clayton has said he remains open to a Bitcoin ETF, or at least a tokenized version. But could that come about with a more transparent market, through weeding out offenders, or another as yet unspecified event? Here are a few possibilities:

Markets that are “sufficiently transparent and liquid”

In 2019, former SEC Commissioner Robert Jackson Jr. said that a Bitcoin ETF will be approved when the cryptocurrency market is sufficiently transparent and liquid, and when it adds bigger players.

No, the SEC did not just say it’s approving a Bitcoin ETF

Speaking at the CB Insights’ Future of FinTech conference, Jackson claimed the SEC was reluctant to approve Bitcoin ETF proposals due to concerns about cons and scams.

As it stood, he said the cryptocurrency industry had not fulfilled the “basic market requirements” to enable mass trading.

A substantial and mighty hike in Bitcoin’s price

Tom Lee, founder of research consultancy Fundstrat Global Advisors, echoed the somewhat downbeat tone that was in evidence in 2019. Speaking at the BlockShow conference in Singapore in 2019, he said the current cryptocurrency market was simply too small for a Bitcoin ETF to be viable.

A framework to counter manipulation

“One development that could potentially solve this problem is the continued maturation of the broader digital currency market and the gradual improvement of its market infrastructure—in this instance exchanges,” Charles Bovaird, VP of content at crypto research firm Quantum Economics told Decrypt.

Still No Bitcoin ETF in the US: What’s Happening?

In 2019, the SEC outlined two ways to establish that a Bitcoin ETF meets their criteria, as set out in the Exchange Act 6(b)(5): First, that applicants demonstrate that Bitcoin is “inherently resistant to fraud and manipulation,” and second, that, for any exchange listing, the Bitcoin ETF enters into a surveillance agreement with a “regulated market of significant size.”

The first option is almost impossible to establish, but frameworks for surveillance solutions, which monitor manipulation risk across multiple markets, are being developed by crypto compliance firm Solidus Labs, among others.

The most likely deciding factor is a viable shared surveillance framework to counter market manipulation.

“In our view, first and foremost, the most likely deciding factor is a viable shared surveillance framework to counter market manipulation,” Matthew Graham, founder of crypto investment firm Sino Global Capital, told Decrypt. “However, as an additional factor, we think increased institutional interest in Bitcoin substantially improves the chances of ETF approval. Each listed company or institutional fund that invests in Bitcoin drags the regulatory regime one step closer to the inevitable.”

“At some point, when market demand and investor demand pushes the pendulum onto a certain area, [the SEC will] probably take another look at [a Bitcoin ETF], and have different kinds of considerations,” Chris Hempstead, director of institutional business development at ETF and hedge fund provider IndexIQ, told CNBC’s ETF Edge in March 2020.

He added that the most recent rejection is far from the end of the story, but also said that an approval wouldn’t come any time soon.

This may be coming to pass. The spike in volumes at Bitcoin futures exchange Bakkt provided early signs, but most recently the popularity of Grayscale’s Bitcoin Trust has underscored interest from institutional investors.

“Given all, we know now about crypto custody (see Grayscale BTC trust) and Bitcoin price discovery, it seems silly at this point to believe [the SEC] actually think these are issues at this point,” Andy Hoffman, owner of consultancy CryptoGoldCentral, told Decrypt.

Hoffman believes SEC approval of a Bitcoin ETF is inevitable. “Pressure from legit institutional investment firms like Fidelity, Goldman Sachs, and JP Morgan —all of which have entered the crypto space this year—will make it impossible for [the SEC] to continue to pretend Bitcoin doesn’t exist,” he said.

The Office of the Comptroller of the Currency (OCC,) which regulates the US federal banking system, approved banks as cryptocurrency custodians in July, and the state of Wyoming approved Kraken, the first US crypto bank, in September. “It became clear the US government (Federal and State) had recognized the need to accept Bitcoin,” Hoffman added.

Mike McGlone, Senior Commodity Specialist at Bloomberg, believes a more hands-on presidency, which may be the case under Joe Biden, could make all the difference. New leadership, he tweeted, could “nudge Bitcoin toward the mainstream, improving ETF chances.”

A potential Biden presidency should shine favor on further appreciation in the price of #Bitcoin. New leadership may change the hands-off policy of the Trump admin. – to the detriment of the broader crypto market – and nudge Bitcoin toward the mainstream, improving ETF chances pic.twitter.com/NuVf97nzRP

However, Bovaird disagrees, “I’m not sure that having him in the White House would move a Bitcoin ETF any closer to approval,” he said.

Instead, he said that more SEC commissioners like Hester Pierce—who voiced her support for a Bitcoin ETF in 2019 and was recently sworn in for a second term—would make the biggest difference.

When the SEC shot down the Wilshire Phoenix ETF in February 2020, Pierce was the only one to write a dissent. She suggested that the agency applies a “heightened standard” to Bitcoin products.

If bitcoin were an element, would an ETP approval be elementary? https://t.co/5INT46MSsk

“If the SEC had more commissioners on the same page as her, we might have a completely different situation,” said Boviard.

A diminished role for BitMEX

According to Travis Kling, co-founder of cryptocurrency-focused fund Ikigai Asset Management, the US Commodity Futures Trading Commission’s recent legal action against the Seychelles-registered BitMEX exchange has increased the likelihood of ETF approval by the SEC.

“[The] SEC pushed back against an ETF specifically for price manipulation on unregulated exchanges,” he wrote. “BitMEX was the poster child for this. So to the extent BitMEX goes away or its role is diminished, an ETF is more likely.”

His post, published on October 1, has received 725 likes to date, suggesting that many in the crypto community agree with his take.

It’s possible that Bermuda’s ETF could function as a trial run for a listing on an American stock exchange. The country’s high degree of technology penetration combined with a small population makes Bermuda an ideal sandbox for digital tech.

Whether Bermuda’s ETF is successful or not, it’s sure to be used in any future arguments with the SEC.

A Bitcoin ETF: not if, but when

Currently, two Bitcoin ETF applications are under consideration by the SEC. The first is Kryptoin, an ETF from Kryptoin Investment Advisors, which was first filed in October 2019, and would track the Chicago Mercantile Exchange (CME); the second is the USCF Crescent Crypto Index Fund, filed in May 2019, which tracks its own index.

“Frankly, it wouldn’t surprise me if one of the old applications is approved when no one is expecting it,” said Hoffman.

REMINDER: The Bitcoin ETF will eventually get approved.

Not a question of if, but when.

While experts agree that, due to the presidential election, a Bitcoin ETF is unlikely this year, most think it’s just a matter of time; as Morgan Creek Digital co-founder Anthony Pompliano tweeted in October 2019, a Bitcoin ETF being approved is “Not a question of if, but when.”

Whether it’s because of pressure from investors, gradual change among the ranks of the SEC, a Biden presidency, or a viable shared surveillance framework to counter market manipulation, the pieces are slowly moving into place for a Bitcoin ETF to become viable in the US. 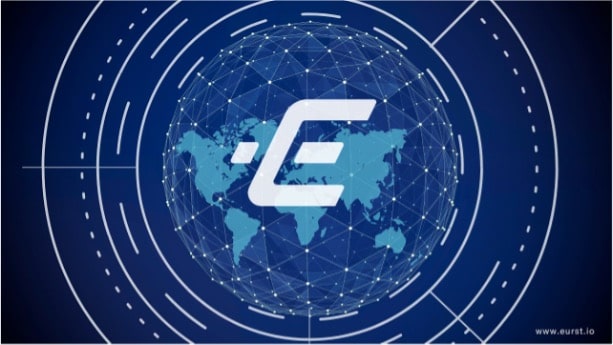