The FOMC (Federal Open Market Committee) meeting last week brought some surprises. But now everyone knows exactly what the Fed is planning for the coming months. And while Jerome Powell was very careful about his wording, it doesn’t sound good for risky assets.

Two conclusions can be drawn from the results of this meeting:

So the only real question, basically, is how much pain they are willing to endure in the stock market before they start to “dull it” with liquidity injections? With S & P500 / NASDAQ100 yields significantly higher than average, there is some margin before the “pain threshold” the Fed will act on.

Now, to try to find out what they do in numbers, let’s look at a scatterplot like this: 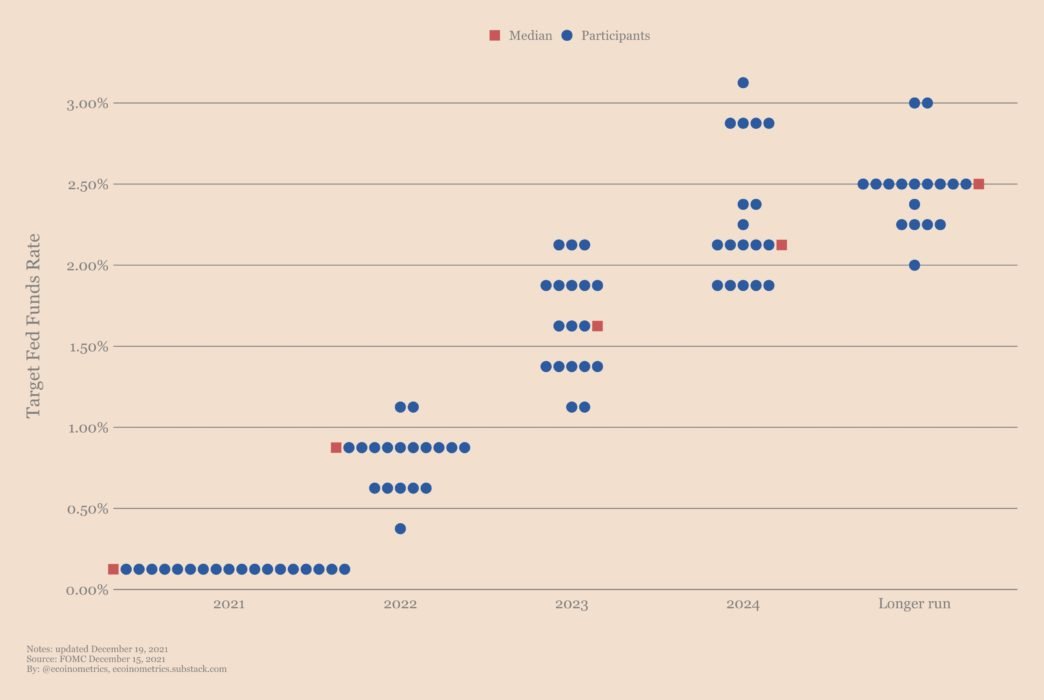 So 2 years to get the rate above 2%. For comparison, after the financial crisis in 2008 it took them 10 years… 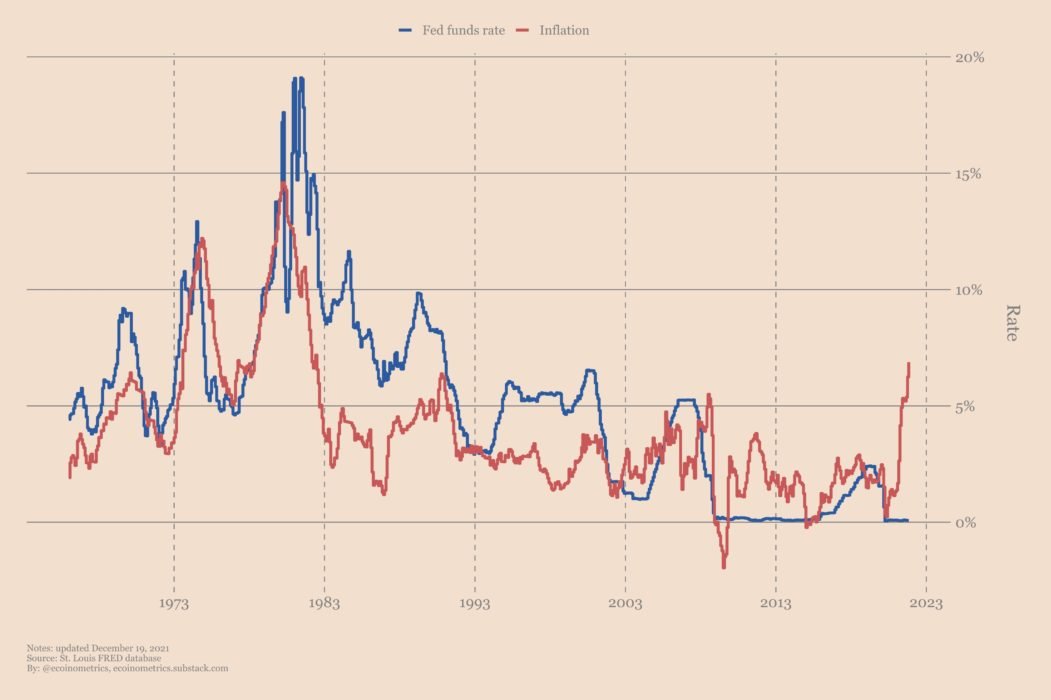 If you think the current inflationary environment is similar to the 1970s, then a closer look at the chart above will show that this could be a much bigger problem. In the 1970s, in order for the Fed to cope with inflation, it had to raise its key rate in line with inflation.

But now the Fed rate is close to 0 and inflation has a huge lead. So we’re in uncharted territory.

For the average cryptocurrency investor, all this is important simply because BTC is traded more as a store of value at similar times. Thus, potential turbulence in the stock market will almost inevitably affect BTC as well.

From a strategic point of view, this means two things: