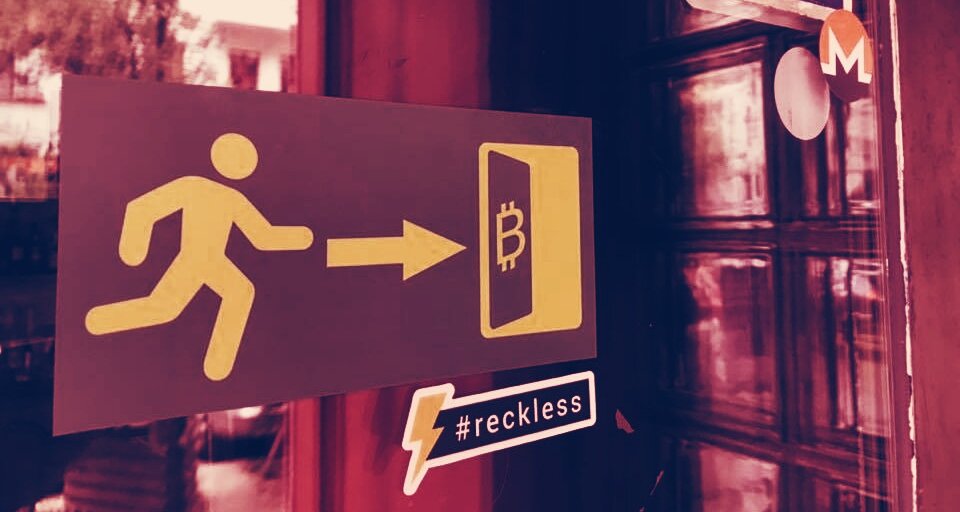 Berlin-based “Bitcoin-bar” Room 77, commonly considered the first retail venture to accept cryptocurrency as a means of payment, has closed its doors “for good,” according to a Reddit post published by its owner, Jörg Platzer, on Sunday.

“ROOM77 is closing for good. We think our mission is accomplished and it is time to go back to our home planet. Thanks for all the fish and the generous tips!” wrote Platzer.

In the spirit of The Hitchhiker’s Guide to the Galaxy, Platzer explained that as people who are “from a solar system not yet discovered by humanity and have been watching your species for the last 30,000 years,” the bar’s staff have “discovered that the Nakamoto guy invented Bitcoin [and] realised that you do have a future.”

Located in Kreuzberg, Berlin, Room 77 is well-known for being the first private business to accept Bitcoin back in 2011. Since then, the joint has become something of a cult landmark for the crypto community and is considered an important piece of Bitcoin’s history.

As Platzer himself has previously claimed, Room 77 changed the media’s sentiment around Bitcoin because “before we did that, all media coverage about Bitcoin was about hackers stealing credit card details and selling them on the black markets.” He added that such stories were always accompanied by images of a “guy with a black hoodie photographed from behind.”

“The media had realized that there is an actual bar and restaurant they could go to, and then there are people who actually look into the camera and explain why they are using Bitcoin and everybody could see they don’t seem to be big drug kingpins or something,” Platzer told World Crypto Network in 2018, adding that “I’d say in the year 2,000 no individual or organization created more positive media coverage than their stupid little bar in Kreuzberg.”

Platzer did not elaborate on the reason for Room 77’s closure, although the coronavirus outbreak—and enforced limitations caused by it—is the likely culprit. Just recently, Berlin imposed a new strict curfew for bars to combat the spread of the virus. While the blanket nighttime ban was suspended by the Berlin court soon after, restrictions on selling alcohol from 11pm to 6am have persisted, eating into establishments’ profits. Revenues for the German hospitality sector are down by over a quarter (26.8%) versus the same time last year, as a result of the pandemic.

The reaction from the crypto sphere

In the crypto sphere, news of Room 77’s closure was met with nostalgia and admiration.

End of an Era: Room 77 in Berlin Closes Doors Permanently!

Blame it on Covid or blame it on gentrification. Either way, this Kreuzberg landmark has served as a Bitcoin watering hole for over 10 years, with thousands making the obligatory pilgrimage. Thx for the memories, Joerg! pic.twitter.com/Jf1RTMbVPh

While known primarily as a pioneering Bitcoin venue, Room 77 also became a staple for many different crypto enthusiasts and projects.

“It is clear by now that nobody will stop Bitcoin anymore. Sound money on a global scale will soon make it unfeasable to wage wars and it will create economic equality amongst mankind. We estimate it will take you less than another century to rise and join the intergalactic community,” Platzer summarized.

From that perspective, the Moon really looks like just a small stepping stone for Bitcoin.