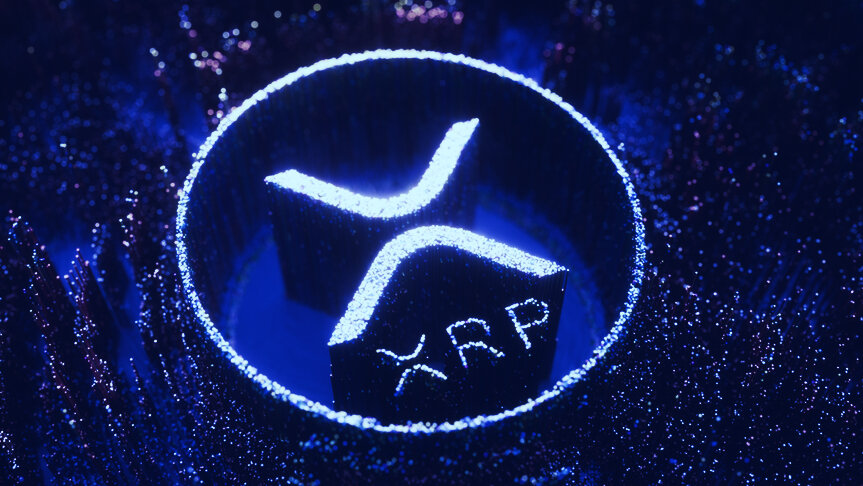 The price of XRP came surprisingly close to the $1 mark on Coinbase this morning—after a sudden spike upward. The increase comes amidst a wider cryptocurrency bull run led by Bitcoin and Ethereum.

XRP’s price has been relatively dormant in recent months. The cryptocurrency remained between $0.25 and $0.30 between October 24, and November 20. But since then, XRP has shot up, before rising even further in the last 24 hours.

XRP hit $0.92 for less than a minute early this morning, according to TradingView. But while the coin increased by 100% today, it has since fallen to $0.65, representing a decrease of -29% from its short-lived peak.

XRP’s rising price is also pushing up its market cap. Within the last week, XRP’s market cap has increased by 70% from $13 billion on November 17, to $29 billion today.

One of the potential reasons for XRP’s general rising price is that the coin is benefitting from Bitcoin’s ongoing bull run. Although this is unlikely to explain the sudden spike to $0.92 this morning.

Currently priced at $18,735, Bitcoin’s surge is pulling altcoins along with it.

This is a familiar phenomenon. During Bitcoin’s rise to near $20,000 levels in 2017, XRP experienced record setting highs of its own. The altcoin set a record of $3.84 on CoinMarketCap, the highest it’s ever been.

But XRP still has a long way to go if it’s going to break the $4 barrier.