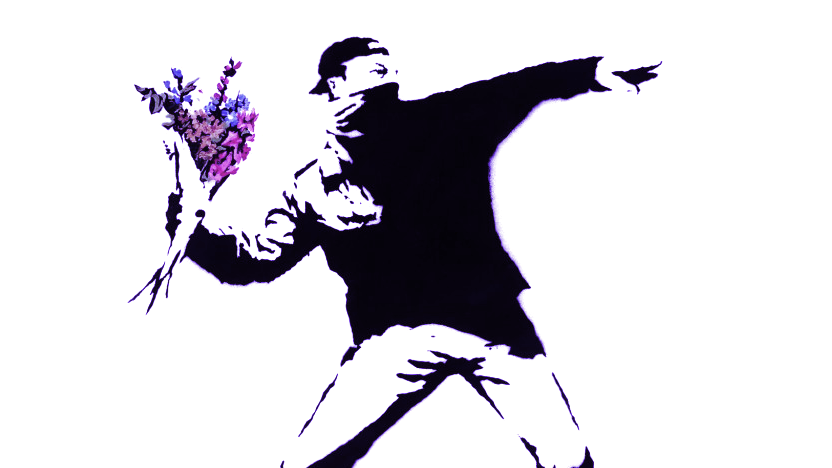 International auction house Sotheby’s announced today that it will accept BTC and ETH cryptocurrency payments for a physical art auction, beginning with the May 12 auction of “Love is in the Air” by the famed street artist Banksy.

It is the first time that a major auction house has accepted cryptocurrency payments for physical artwork, according to Sotheby’s. Bidding will still be handled in US dollars, but the final hammer price can optionally be paid out in either BTC or ETH.

Cryptocurrency exchange Coinbase will handle any cryptocurrency transactions via its Coinbase Commerce service. It is currently unclear just how widely Sotheby’s plans to expand its use of cryptocurrency for auction payments, although the Banksy listing has a “Cryptocurrency Accepted” tag that signals acceptance for “lots with this symbol.”

“With the growing adoption of digital art and NFTs, along with our increased focus on digital innovation, we’ve seen an increasing appetite among collectors for more seamless payment options when doing business with Sotheby’s,” said Sotheby’s Chief Technology Officer Stefan Pepe, in a release. “Leveraging the trusted exchange Coinbase is a natural progression and is in line with our dedication to enhancing our client buying experience, and developing new ways to expand our client base by meeting them where they are.”

News! Banksy's iconic protest painting 'Love Is In The Air' will be available for purchase with cryptocurrency via @coinbase in our Contemporary Art Evening Sale on 12 May in New York — an auction first. Learn more about the painting: https://t.co/20TTRSJsIa https://t.co/T6Z0ry1zWW

“Love is in the Air” first appeared in 2003 as street art in Bethlehem, although this particular rendition was painted in 2005. It depicts a protestor in position to throw an item, but rather than a rock, a weapon, or some other found object, it’s a bouquet of flowers. The piece is arguably one of Banksy’s best-known pieces.

Sotheby’s estimates a sale price of $3-5 million for the painting, although Banksy’s work is at an “all-time high” according to the auction house’s listing. In March, Sotheby’s sold Banksy’s “Game Changer” artwork for $23.1 million against a high-end estimate of just $4.8 million, with all proceeds going to benefit UK healthcare workers.

While this is Sotheby’s first time accepting cryptocurrency for physical artwork, it’s not the 277-year-old auction house’s first dalliance with the crypto world. In April, Sotheby’s held a three-day sale of non-fungible token (NFT) digital art from Pak via NFT marketplace Nifty Gateway, an offering that ultimately generated $16.8 million worth of sales across limited and open editions. The highest-priced single edition piece sold for $1,444,444.

However, the gold standard for NFT digital artwork sold via auction house is still the March auction of Mike “Beeple” Winkelmann’s “EVERYDAYS: THE FIRST 5000 DAYS” single edition artwork for $69.3 million including all fees. That is the third most expensive piece of artwork sold by a living artist and the vanguard of this year’s NFT explosion, which resulted in more than $1.5 billion of trading value across the first three months of 2021, according to DappRadar.