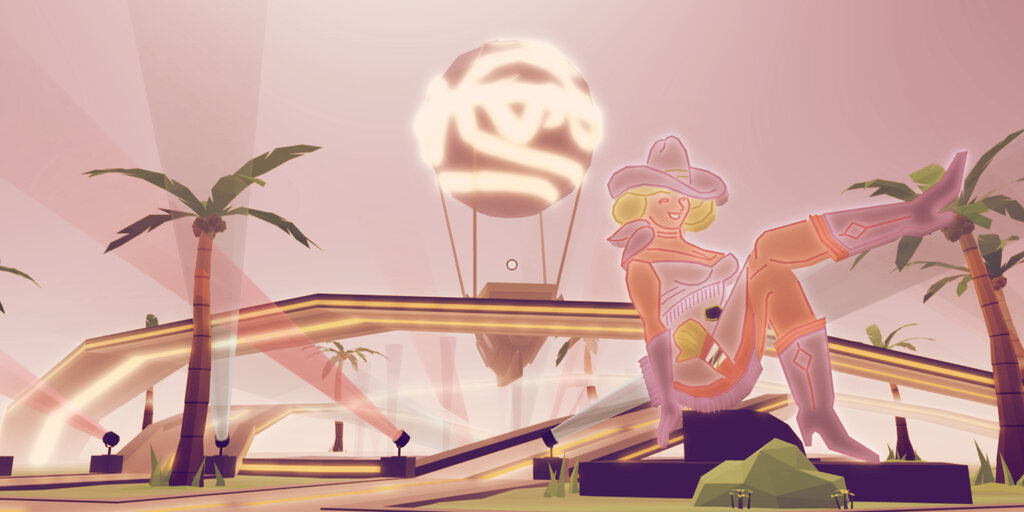 In an attempt to connect real-world shopping with the virtual world of games, Boson Protocol bought a plot of land for $704,000 on the Web3 game Decentraland.

Decentraland is a web browser-based game that lets you explore and build like Minecraft and socialize like Second Life. But unlike those other games, Decentraland is a game of the Web3, allowing true ownership of virtual land and in-game items thanks to blockchain technology.

The company will build a mall for global brands to open up shop on the piece of digital real estate.

Boson, a blockchain protocol, provides decentralized infrastructure for trading tokenized real-world items, and it also wants to entice its neighbors on Decentraland to adopt its technology.

Boson’s purchase last month is also the highest-value purchase of LAND—as each unit of virtual land is stylistically denoted on Decentraland, a web-based game built on the ETH blockchain.

“It’s going to be a mall that’s going to connect one end into Decentraland and other ends into various real-world retail, creating a connection between the metaverse and the real-world,” Boson Protocol’s co-founder Justin Banon told Decrypt.

The metaverse refers to the digital environment in which avatar-clad humans interact with each other. A popular example includes the world in which the popular computer game Diablo is set.

No longer, Banon told Decrypt. His protocol is all about a “digital-physical tie-up, a bridge between these two worlds,” he said.

Banon, whose pre-crypto industry experience lies in digital vouchers akin to services like Groupon, wants people to extend their metaverse experience beyond the digital screen through non-fungible tokens, or NFTs.

These vouchers create digital scarcity and cannot be reproduced despite existing natively on the Internet. It’s for this reason that they have earned so much attention in the digital art world.

Boson would enable users to turn a digital sneaker purchased—or earned in a game—into a real-world sneaker through an NFT-certified barcode on their phones that they can take to real, brick-and-mortar shops down the street.

As much as it’s become a property developer on Decentraland, Boson is still a blockchain protocol, and it wants others in the metaverse to use its technology to create “branded experiences” mixed with gamification.

After all, Decentraland is a game—not just a weirder version of Amazon or eBay.

“Not just e-commerce, but there’s also going to be bars, lounges, and nightclubs,” Banon said. It’s unclear, however, how one would be able to redeem a virtual night out.

Not all land is created equally

All 90,000 units of LAND are already owned. So prospective investors and developers who need LAND to build have to buy them from auction-style secondary markets, which is also what Boson did.

Decentraland’s cryptocurrency is MANA, which trades for $0.70 at today’s price.

It costs an average of 8,500 MANA—$585—for a single 16mx16m LAND on Decentraland, though that depends massively on where on Decentraland that land is. You don’t want to build a mall in the dark corners of the virtual land that no digital soul visits.

Boson Protocol’s mall is being built in Vegas City, a much sought-after district of Decentraland.

These days, though, what happens in Vegas no longer stays in Vegas.