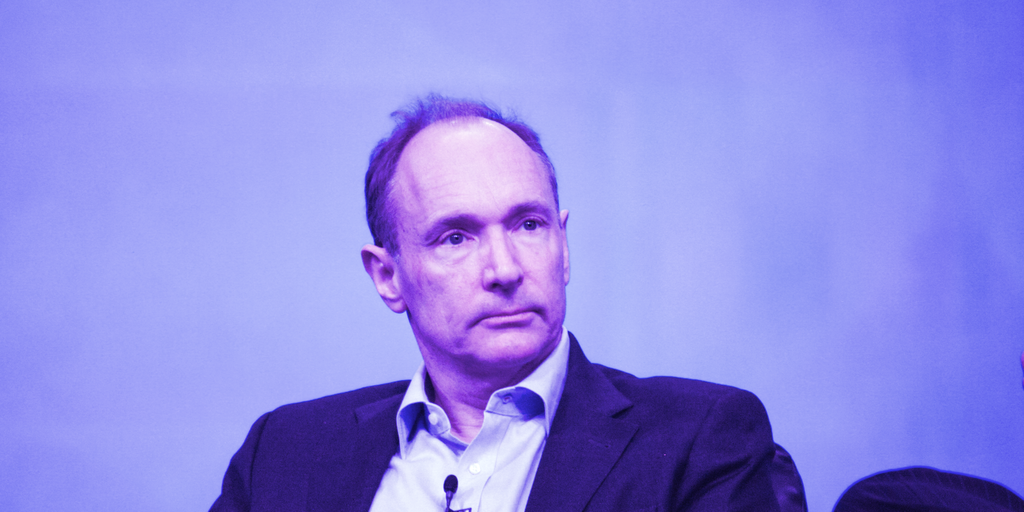 Two days ago, the inventor of the World Wide Web, Sir Tim Berners-Lee, auctioned off the 30-year-old source code of his creation as an ETH-based NFT for $5.4 million at Sotheby’s.

But about half an hour after the auction closed, PleasrDAO, a decentralized investment collective that buys expensive NFTs, found an error in a half-hour video of the source code being typed up on a screen.

There is an error in the video with the way the ASCII characters < > & are encoded – they've been replaced with their htmlentity equivalents of &lt; &gt; &amp; etc. FYI: We don’t feel this diminishes the piece in anyway, in fact it might be a bullish smudge. pic.twitter.com/hoN6qoM9DP

In the video, the characters “<”, “>”, and “&”—part of the source code that Berners-Lee wrote in the computing language C—have been mistakenly replaced by their equivalents from another computing language, HTML: “&lt;”, “&gt;”, and “&amp;”.

PleasrDAO member Scott Burke spotted the error while vetting the NFT for his DAO, and notified Sotheby’s error on June 29. PleasrDAO said that Sotheby’s told them it wasn’t aware of the error. Decrypt couldn’t reach Sotheby’s by press time.

“[Perhaps] whoever animated and encoded the video didn’t have much experience with C,” Burke told Decrypt. “In that case it’s likely they would not have noticed the error [that these characters belong to HTML].”

But this doesn’t mean the error-laden NFT is worthless. Research published in the Harvard Business Review in 2017 indicates that consumers will pay through the nose for art that contains mistakes, since the mistakes make the artworks seem even rarer.

And there’s a kind of symbolism to the NFT’s error: the HTML typos couldn’t have existed if Berners-Lee hadn’t invented the World Wide Web first. “It’s an echo of the world wide web itself in the piece,” said Burke.

Burke said that the NFT is like Claude Monet’s The Beach at Trouville, which contains grains of sand from the beach on which the French impressionist was painting. “The imperfection is a manifestation of the reality the source code helped bring to life,” he said.

In any case, the blemish only affects a quarter of the NFT. Burke didn’t find any errors in the other three components: an archive of the source code, a digital poster of the full code and a letter from Berners-Lee.

If they want, PleasrDAO said that Sotheby’s is willing to work with the buyer to update the error—although Sotheby’s hasn’t confirmed this. While the metadata embedded in an NFTs is often immutable, it’s possible to update Berners-Lee’s NFT with new information.

Yes, Your NFTs Can Go Missing—Here’s What You Can Do About It

Burke thinks that the “best outcome” would be to update the NFT with a re-rendered video, “and for that to become part of the story and lore of the piece.” That way, he said, “the provenance of the update would be viewable on the ETH blockchain for posterity.”