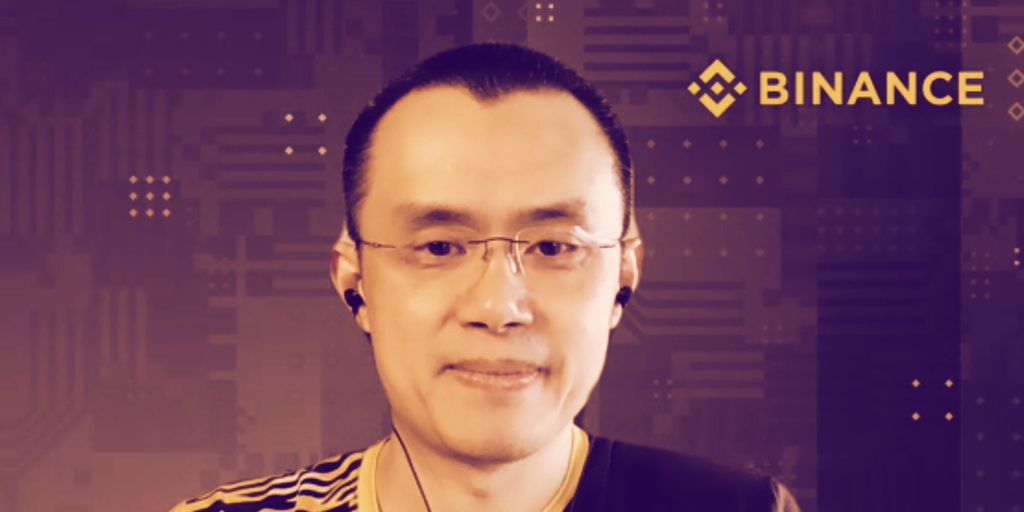 The U.S. arm of the world’s biggest cryptocurrency exchange, Binance, may go public via an IPO, the firm’s CEO said today.

He also said that Coinbase, the biggest U.S.-based exchange which became the first crypto company to go public and get listed on the Nasdaq in April, helped set up a “playbook” for crypto firms to do IPOs.

“Most regulators are familiar with a certain pattern, or having headquarters, having corporate structure. But we are setting up those structures to make it easier for an IPO to happen,” Zhao said.

Binance CEO CZ: Coinbase Listing Gave Us ‘Very Clear Playbook’ in the US

This isn’t the first time the CEO has said that Coinbase’s listing essentially laid out the blueprint for others to copy. In May, Zhao told Decrypt that the rival exchange had given other crypto companies a “very clear playbook,” and that Binance would aim to follow in Coinbase’s footsteps.

San Francisco-based Coinbase’s April Nasdaq listing made it the first crypto company to bring the world of digital assets mainstream. Investors can now buy shares in the company, just like they can with tech giants like Apple, Facebook or Amazon.

Binance, an exchange that has regulators concerned over its lack of an HQ, among other issues, is now trying to play by the U.S. regulatory rules. While Binance struggles with regulators around the world shutting down certain fiat currency onramps, its U.S. operations just hired former U.S. financial regulator (and former Coinbase executive) Brian Brooks as its CEO.

The exchange, which has a 24-hour trading volume of just over $280 million compared to Coinbase’s $1.3 billion, is hoping Brooks will help steer the company in the right direction with U.S. regulators. Whether that results in a successful listing on an American stock exchange remains to be seen.