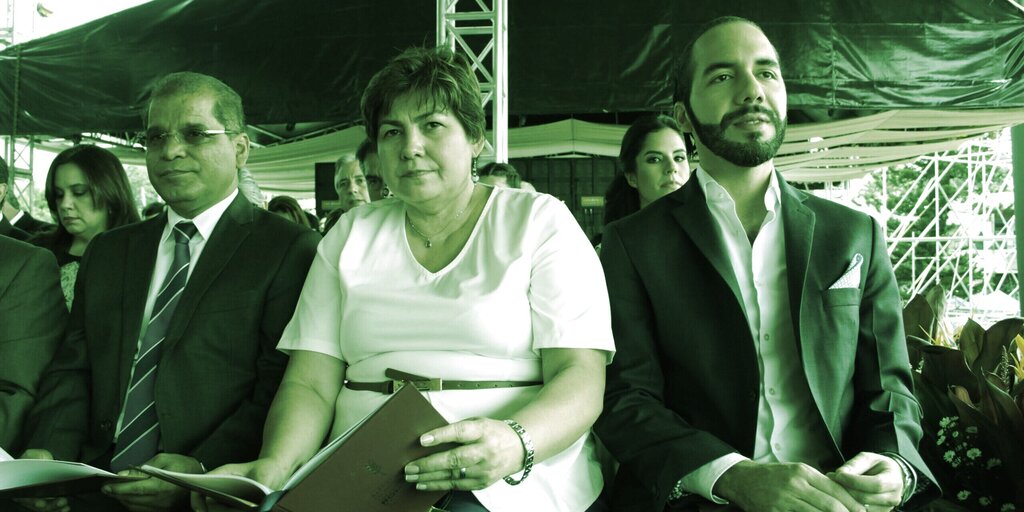 To close out this year’s BTC 2021 conference in Miami, El Salvador’s President, Nayib Bukele, announced that his country will adopt BTC as legal tender.

On Wednesday, the Salvadoran Congress approved his bill to label BTC legal tender. The new law says it is the State’s obligation to facilitate the financial inclusion of its citizens, and that in order to promote the economic growth of the nation, it is “necessary to authorize the circulation of a digital currency whose value answers exclusively to free market criteria.”

That digital currency—in Bukele’s eyes—is BTC, and now every “economic agent” (merchant) in El Salvador is required by law to accept BTC as payment when offered by a buyer. What’s more, El Salvadorans are now able to pay tax contributions in BTC.

It is too early to predict where El Salvador’s BTC project will take the country. There are obvious risks—not least of all BTC’s well-documented price volatility—but we can learn a lot from the overwhelming praise the move has received from big BTC influencers like Peter McCormack, Caitlin Long and Michael Saylor.

Welcome to #BTC @nayibbukele. No force on earth can stop an idea whose time has come. https://t.co/EWHqnEZWbQ

Jack Mallers, who introduced Bukele’s announcement at the BTC conference in Miami, tweeted, “Today, the world changes for the better. Today, humanity takes a leap forward in instilling human freedom, financial inclusivity, and so much more.”

The only problem? El Salvador is not exactly a shining example of human freedom and financial inclusivity—not even close. And Bukele may not be the hero BTC is seeking.

Ask any Bitcoiner and they will eagerly tell you BTC is the solution to many of the world’s financial problems like inflation, excess government spending, and corruption. Fix the money, fix the world.

Now that a government like Bukele’s embraces BTC, why have Bitcoiners forgotten their convictions? El Salvador’s slide into authoritarianism is well documented, but it is worth revisiting the country’s track record now that the Central American nation is front and center on the BTC stage.

El Salvador is not a democratic country.

Per The Economist’s Democracy Index 2020 report, El Salvador is defined as a “hybrid regime,” placing it one category above outright authoritarian states, but below flawed democracies, let alone full democracies.

El Salvador’s political culture scores a 3.75 out of 10, and its “functioning of government” notched a similarly low score of 4.29. Civil liberties came in at 6.18. In fact, no other Latin American country fell further towards authoritarianism in 2020 than El Salvador. (Bukele, 37 at the time and pledging to end corruption, was elected in February 2019.)

Behind some of the numbers are a highlight reel of Bukele’s political decisions, all of which are antithetical to every Bitcoiner that promises, as Mallers touted, “human freedom, financial inclusivity, and so much more.”

In February of last year, armed soldiers and law enforcement personnel accompanied Bukele into the nation’s parliament building. The president demanded that opposition lawmakers approve his plan for a $109 million loan that he claimed would fund the military and police against criminal gangs.

In May of this year, the United States named five of Bukele’s aides as “credibly alleged” to be corrupt, including his Chief of Cabinet Carolina Recinos, and Rogelio Rivas, Minister for Security and Justice.

Bukele’s anti-democratic impulses have also been on full display in his handling of the COVID-19 pandemic. As the pandemic dragged on, Bukele repeatedly disobeyed Supreme Court rulings that called on him to respect human rights as he enforced quarantine rules.

Security forces have also reportedly detained people arbitrarily in containment centers, and according to Human Rights Watch, hundreds of detainees have been held in “overcrowded, unhygienic conditions that threaten their health.”

El Salvadoran law enforcement have been caught brutally beating an 80 year old man for allegedly not complying with COVID requirements. Perhaps this is not shocking, given that Bukele explicitly told law enforcement and the military to “be tougher with people violating the quarantine.” He even added that he would not mind if police “bent someone’s wrist” during an arrest.

What should Bitcoiners do now?

BTC has long found favor with Libertarians and advocates of limited government. Many of BTC’s core features—peer to peer transactions, increased privacy, and lack of government control—have helped it catch on with cypherpunks around the world.

But while BTC promises a certain political ideal for those that believe in it, there has been little opposition to an undemocratic head of state embracing the cryptocurrency.

And yet, on Crypto Twitter, Bitcoiners have predictably dismissed anyone pointing out the political concerns.

“There has been some commentary from some media that Bitcoiners should not support a ‘pseudo-authoritarian’ government adopting BTC as a national currency, Jason Deane, BTC analyst at Quantum Economics, told Decrypt over Telegram, “but this demonstrates a lack of understanding of what it represents.

BTC, Deane says, is apolitical. “This is why Bitcoiners in particular—and humanitarians in general—celebrate this as an extremely positive step in the journey towards monetary freedom of the individual and (in this case) state, and do so without apology or reservation.”

A sovereign state is plugging into the best open monetary network in pursuit of freedom and financial inclusion.

The real concern is the IMF’s inability to support El Salvador’s pursuit.

If you’re restricting basic human freedom, you’re the criminal, not those fighting for it. https://t.co/51w13ynCzQ

Others have drawn a distinction between Bukele’s record and his stance on BTC—appearing to rationalize the inherent tension between his regime and BTC’s alleged promise.

“I can’t speak for anyone else but as a self-identified Bitcoiner, I have made it a point to criticize Bukele’s human rights record. Especially with regard to sacking judges and pressuring the parliament,” Alex Gladstein, chief strategy officer at the Human Rights Foundation, told Decrypt.

“I have repeatedly asked people not to celebrate the leader, but the action,” he says. “An action which is a massive win for human rights as it will empower Salvadorans, connect them to the world, and give them access to a money that cannot be debased, censored, or remotely confiscated.”

BTC, the technology, is indeed apolitical. But Bitcoiners have made it very clear that they are not—scores of them first came to crypto due to their passionate political beliefs. And while they might not say it publicly, their new favorite country to tweet about, and its political leader, are a far cry from their political ideals.