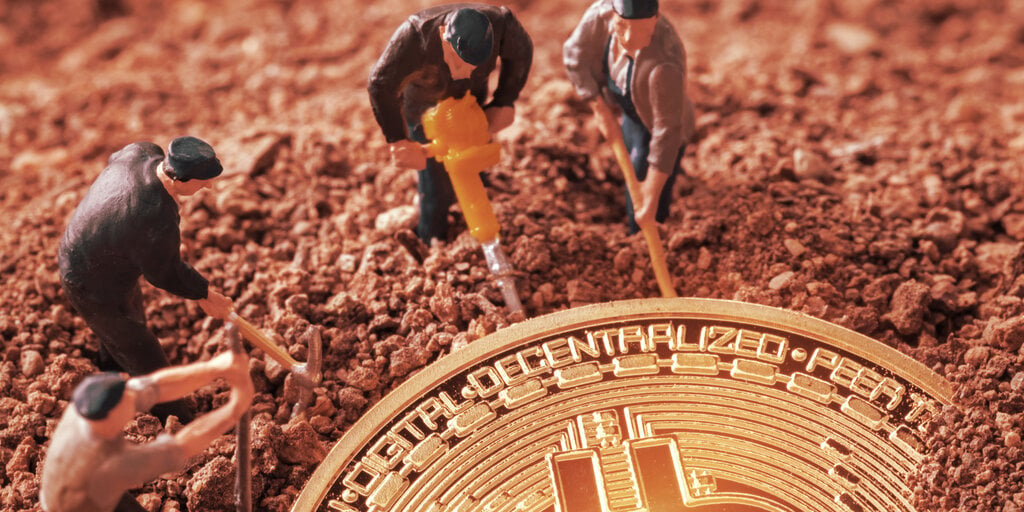 BTC’s global network appears to be recovering from the recent slump caused by China’s crackdown on the crypto mining industry.

However, over the next two months it declined sharply, after the authorities in several Chinese provinces issued shutdown orders against BTC mining operators, forcing them to relocate to countries including the USA and Kazakhstan.

The increase in hash power is also set to result in BTC’s mining difficulty going up in two days’ time, when the next adjustment of the parameter will occur.

Data from BTC.com shows that after four consecutive difficulty drops, the next adjustment on July 31 is expected to see BTC mining difficulty rise by more than 4%.

Mining difficulty is a measure designed to calculate how much computational power is required to produce new BTC; the fewer miners are online, the easier mining BTC becomes.

BTC mining difficulty peaked above 25 trillion in mid-May. However, since then it has become as much as 54% easier to find new blocks.

Some experts believe that BTC’s network is now well on the way to recovering from the slump, even predicting a new all-time high in mining difficulty (with the caveat that it’s not going to happen in the next couple of months).

“In the short-term perspective, over the next difficulty adjustments for the rest of the year, we can expect a slow and steady increase in the global network hash rate and, thus, an increase in BTC mining difficulty,” Edward Evenson, head of business development at Braiins, the operator of Slush Pool, told Decrypt.

That’s down to next-generation mining machines from Bitmain and MicroBT starting to be delivered to miners.

Meanwhile, miners that already have a significant amount of existing capacity will be turning on more machines. However, Evenson reckons that this will be a protracted process due to the mass exodus of machines and hash rate out of China over the last several months.

He also pointed to the lack of rack space and energy capacity available to accommodate all the machines that were turned off in several Chinese provinces, including Yunnan and Anhui.

“It will be some time before these machines are turned on and we return to an all-time high in terms of global hash rate,” said Evenson, who added that a new all-time high will probably occur “some time in Q1 or Q2 next year.”

With the price of BTC recently returning above $40,000, miners could indeed have more reasons for optimism; according to YCharts, in the past week, their revenues have been climbing up as well.