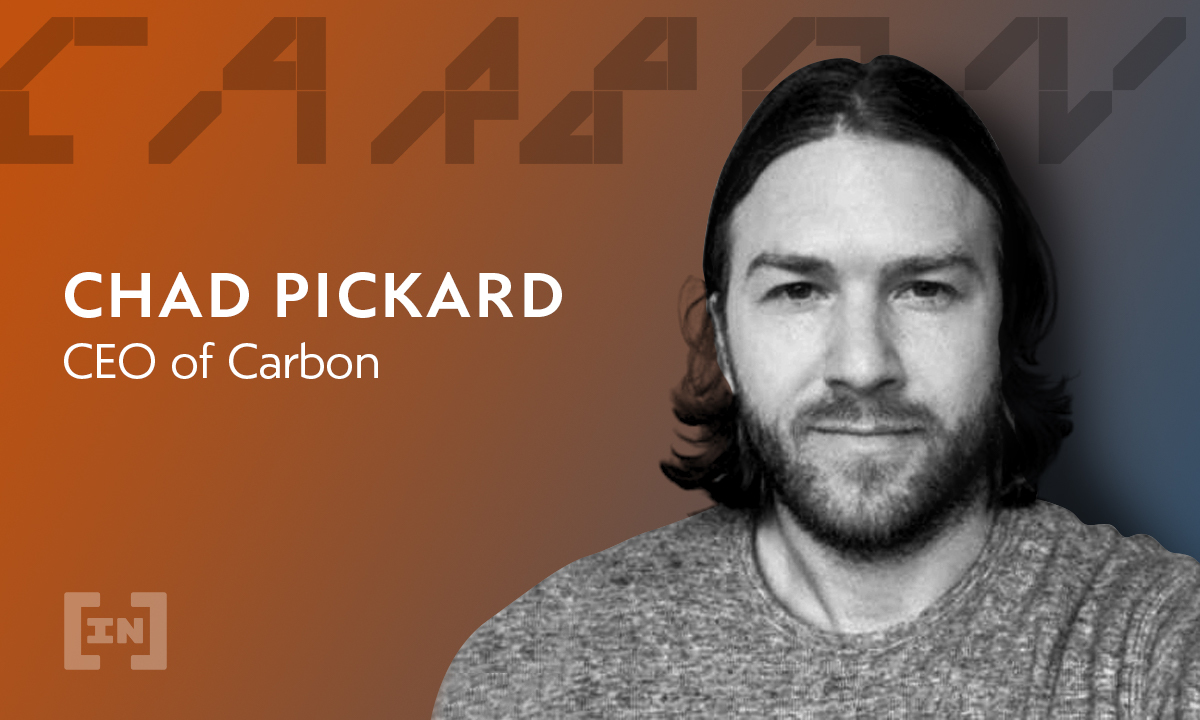 BeinCrypto spoke to Chad Pickard, the CEO, and co-founder of the forthcoming Carbon wallet and luxury marketplace, about the future of NFTs and how to better merge art and emerging tech.

NFTs have never been more popular. While the current craze is often referred to as a bubble, there are those who see long-term potential for the space. Pickard is among those who see NFTs providing incredible opportunities

His professional career spans over 20 years of fashion industry experience and expertise. He has worked as a photographer on campaigns with brands like Tom Ford, Dior, and Adidas. For decades his nose has been on the latest trends and he knows when something is here to stay.

When Pickard saw NFTs as a gateway to merge traditional creative spaces with the emerging tech scene, he acted. He and his co-founder Claudia De-Meis created the Carbon platform. They aim to make NFTs more accessible to clients and for the artists who create them.

Carbon is an ecosystem that features a “global ecosystem and Web 3.0 wallet for creatives.” It combines open finance, fashion, art, music, and NFTs. A one-stop spot for creatives and those interacting with the luxury market.

“Even if [creatives] know how [the NFT space works] there are still blockages for them to feel comfortable. The wallet makes it easy for the user/creative to come in. We wanted to have a system, almost like your normal bank account, melded together with crypto, a debit card, and an NFT vault – all connected into a wallet system that really works. We’ve added an ecosystem element with the marketplace.”

$GEMS as a gateway to NFTs

As the platform is not just a marketplace, Pickard wanted to encourage integration. Recently, they launched their $GEMS via a token-generating event on Uniswap and PancakeSwap.

For those who want to interact with the Carbon platform as a user or creative, $GEMS becomes more than just a token. It is a utility and access key to the ecosystem:

“Our community will be able to access the wallet through KYC, buy $GEMS and access the marketplace. What we do with the marketplace is we take 20% of the revenue from our digital items and physical items, then we create incredible events for our user base. Which means if you’re a user and you buy things via our marketplace, you’re automatically putting money towards creatives around you.”

Pickard doesn’t just envision these events as online-only. He aims to incorporate real-life events including gallery exhibitions, concerts, and lectures by Carbon creatives.

“You can only access that through our application and through our $GEMS tokens, which will act as a key to those tickets.”

However, $GEMS aren’t necessary to purchase goods in the marketplace. Pickard says that the token can be a gateway for first-time users to feel comfortable with crypto, especially because of the overall familiarity.

In addition to using the tokens for purchase, users can also mint them and make an APY on their $GEMS. Pickard describes them as, “a ‘gateway drug’ to get people exploring the crypto-world.”

Keeping up with the crytpo trends

Carbon isn’t just on top of the trends in the fashion and art world. It is also reaching into the crypto world as well.

Although the ecosystem is initially built on ETH, Carbon plans to transfer to the proof of stake model via the Polkadot blockchain in the future:

“So we’re launching the token on the ETH blockchain, first. But we’re super conscious of the economic factors, the environmental factors of POW. We’re going to move over to the Polkadot system for interoperability and POS. Our CTO really likes that system. So we’ll bridge over there – maybe September or October.”

Pickard is aware of the growing environmental concerns trending in the crypto space and has ideas when it comes to how Carbon will combat those concerns.

“It’s a major concern. We’re super conscious of it all. Minting our NFTs we’ll make sure we look at all the environmental concerns. We’re also working with ‘Planetly‘ to offset our carbon emissions. It’s a huge factor in our thinking.”

NFTs and the cutting-edge marketplace

As NFTs gain popularity, marketplaces like Bitski popped up to host auctions for big names like NFL football teams, musicians, and designers.

However, Carbon banks on its concept of an ecosystem to set them apart from the others. Its social element and creative ethos make it more than just a platform to buy and sell.

“There is potential with NFTs, a huge potential. You could potentially have a golden era for creatives going forward. The main idea with the marketplace is that it’s not somewhere where you typically go to find items. It’s an infinite scroll system that has AI that will be able to learn what things you like.”

In addition, Carbon plans to make NFTs something users can interact with and show off using in-app virtual reality.

Explaining how his platform plans to bring these virtual items into the real world, Pickard says:

“When [the item] drops into their NFT vault they can then press on the augmented reality button, it pops up their camera and then when they look at themselves they see the item on themselves. They can take a picture and share it. Proof that you own one of those scarce, rare items.”

These items won’t be your average selection of digital assets either.

“It won’t be things you’ve seen all the time in regular stores. We’re going to work with designers and artists and musicians and creatives to create beautiful pieces of digital art, collectable, a digital capsule of a designer’s digital item,” he explains.

Aside from its goal to merge the art and commerce spaces via crypto, Carbon is all about creative empowerment.

“For real grassroots creatives coming through the ranks, we’re [can] support them with up to $1000 over twelve months. That will be in $GEMS and it will go straight to their wallet. I know that when I was younger, I was doing these jobs and wasn’t getting paid. That type of sponsorship would’ve been extremely helpful for me.”

More established artists have even more possibility to utilize $GEMS and the NFT marketplace of Carbon as a collaborative space. The community plays an integral role in the creative capacity of Carbon through pitch decks and voting.

“We’re going to put out a pitch deck that anybody can fill in with a concept or project they want to do, a short film, book, editorial, and then put it to our users to select which one they want to fund and then we’ll fund it. We’ve got multiple ways for people to get involved,” he explains.

While Carbon is still in its early days, Pickard thinks that the space it’s tapping into is here to stay.

“There’s a lot of people that aren’t sure about various things, but the NFT space and the secondary market contracts are so essential and will definitely suck in all creatives over the next 10 years I think,’ he says.

“It’ll be exciting to bring them into this space and bring more commerce back to creative art. The empowerment will come back and people will realize that.”

The post Chad Pickard on NFTs and the Golden Era for Creatives appeared first on BeInCrypto.