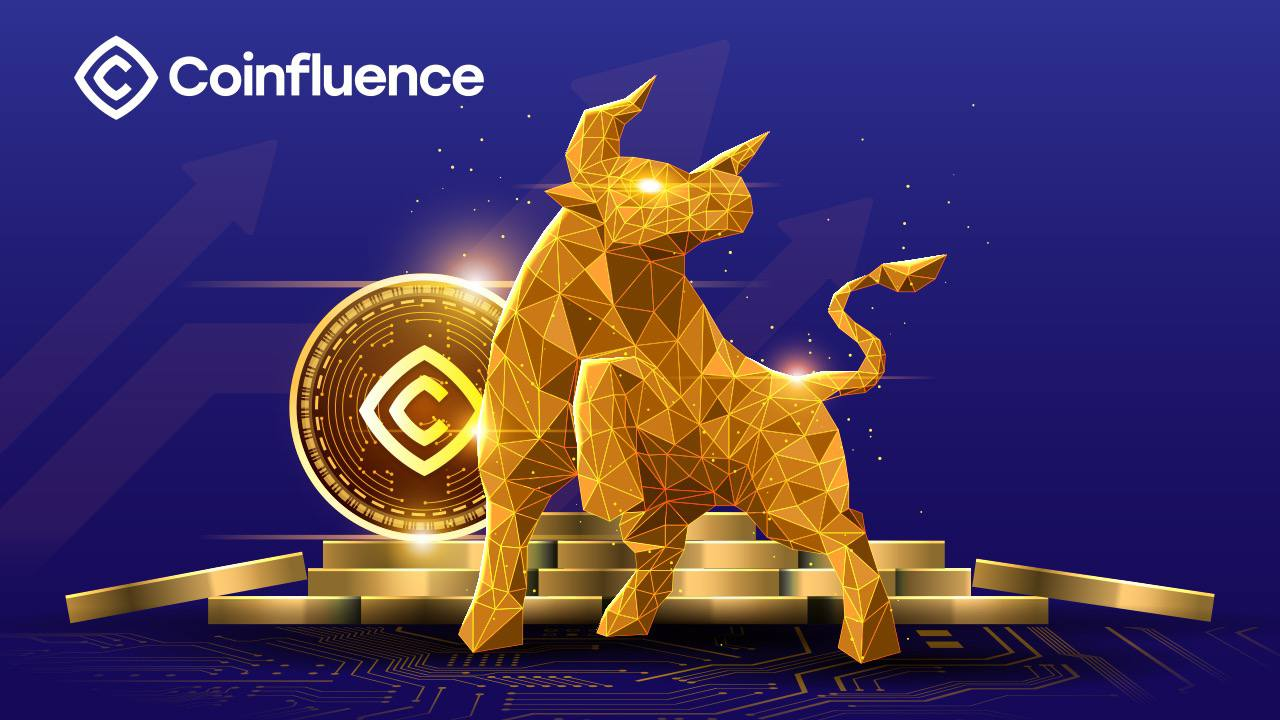 With the volume of newly launched tokens growing by the day, Coinfluence has introduced a revolutionary platform to offer a holistic influencer-driven exposure to tokens that deserve and need it.

The cryptocurrency industry has a unique marketing environment – being a cutting-edge industry. Traditional (even digital-traditional) marketing strategies have proven to be ineffective at capturing the attention and interest of today’s crypto consumers.

Heavy users of social media, the younger crowd relies more on word of mouth than ads or news.

According to recent research, the influencer market will reach nearly $14 billion this year, and it is no wonder that this shift in paradigm will be felt in the cryptocurrency sphere.

Take the example of Elon’s Musk’s infamous support for Dogecoin. The latest tweet recovered the 10% drop it witnessed a day earlier. One tweet can be the difference between the life and death of the next breakthrough in the digital asset space. Such is the power of influencers in cryptocurrency.

Coinfluence: the cryptocurrency influencer platform of the future

Coinfluence solves the cryptocurrency influencer marketing problem by connecting upcoming projects with a wealth of high-level influencers. The outcome is an environment where projects get access to high-quality social media influencers that can attract the right crowd.

They can also increase the chances of a successful launch while the influencers get to be a part of the next breakthrough in cryptocurrency, creating fantastic win-win situations.

And of course, a good project doesn’t necessarily translate into a successful one if it remains under the radar. Access to a wide range of influencers means that it will get the right exposure, putting it on the map where it truly belongs.

Coinfluence achieves this with a tight-knit set of strategies. First, any project that wishes to be listed must go through a stringent quality check that is based on a multitude of factors, allowing only thoroughly vetted projects to be listed.

This creates a cleaner and better option for investors, whilst protecting the market from scams, rug pulls, and bad actors.

At the center of this whole ecosystem is the CFLU token, designed to assist projects and influencers to achieve mutually beneficial outcomes. Approved projects get to hold their token sales through the launchpad, where the community can acquire their tokens using CFLU.

Each transaction gets taxed, with the amount being distributed for liquidity, staking rewards, and marketing. At the same time, the deflationary token model should push the CFLU price upwards.

Driving the economics behind Confluence’s ecosystem is the Binance Smart Chain-based BEP-20 compliant CFLU token. Based on the principles of deflation, there are a total of 1 billion CFLU, of which 650 million are already available in the currently ongoing token sale.

The event is phase-based, with each of the 100 successful phases making the CFLU progressively more expensive (currently phase 1 has a price of 0.0056 USD per 1 CFLU).

Out of the 650 million CFLU, 100 million have been set aside for financing the platform developers. To give confidence to projects, influencers, and users of CFLU, a vesting schedule will allow the team access to 20% of the funds, with the rest being released periodically. This ensures that rug pulls are guaranteed against.

An innovative tax system is also a unique approach, by which 10% of all transactions are deducted, with 4% going to the liquidity pools, 4% to token holders, and 2% for marketing and expansion. Along with this, every 10th transaction in the first 1000 transactions will receive 5000 bonus tokens as a reward. Visit the Coinfluence ICO platform to get your CFLU tokens today.

The present and the future

The Coinfluence concept materialized at the start of 2021. Alongside this, the Coinfluence team has achieved onboarding a large number of influencers and it has set a target of 100,000 top influencers under its Enrolment Program.

Coinfluence is also building towards global collaborations and getting CFLU listed on major exchanges, to provide increased liquidity and access for the everyday user to the CFLU ecosystem.

Confluence is also looking to list CFLU on major coin monitoring platforms such as CoinMarketCap and CoinGecko, plus portfolio tracker Blockfolio, to raise awareness and increase information transparency.

Further down the road, Coinfluence will be launching its mobile app for access on the go. Confluence will be also roll out their own launchpad, giving projects a one-stop solution to top influencers and the many intricacies involved in project setup and launch, all at the same time.

Finally, Coinfluence will create its own news platform, the Coinfluence News Network to inform its users and the public on the latest happenings in the industry.

Visit the Coinfluence ICO platform to get your CFLU tokens today.

The post Coinfluence to Empower Next Generation, Influencer Marketing appeared first on BeInCrypto.