The seventh CoinGeek Conference is currently being broadcasted live from Samsung Hall in Zurich. It will run for three days, from June 8 to 10, 2021;and the Day 1 opening speech given by BTC Association Founding President Jimmy Nguyen has set the tone for the conference, the goal of which is to educate the masses about the BSV blockchain, as well as update them about new developments within the BSV ecosystem.

The rise in popularity of BTC over the past few years has brought about an immense interest in digital currencies; but what people do not know is that BTC is “the first functioning application of blockchain technology,” which can be used by practically all kinds of businesses in order to improve and streamline their systems and processes. At the moment, most digital currencies are used for payment systems and investment trading, which are just the very tip of the iceberg.

“There are now thousands of cryptocurrencies and many, many ledger projects yet with very little actual use beyond investment trading transactions. Around the world, I’m often asked by people, ‘What is the explanation for the price of BTC and other digital tokens when so few people actually use the coins in daily life?’ And I tell them the truth, ‘There is no good answer.’ For most of the market, there is no good answer. But here at CoinGeek Conference and across BSV’s global blockchain ecosystem, we want to give you a good answer,” Nguyen explained.

And the answer is within the BSV blockchain, an infinitely scalable ledger, which is public and distributed in nature, that records transactions in an immutable and chronological way, providing transparency, security and integrity to data. This makes it extremely useful in many ways that can be applied to various industries, such as healthcare, banking and finance, information technology, iGaming, governments, and supply chain management, to name a few. For instance, online gambling on blockchain makes it a lot easier for operators and regulators to ensure responsible gambling and regulatory compliance.

“BSV is different from much of the cryptocurrency world, in fact, almost all of it. And why? We don’t want a coin that you just hold for years. We build a blockchain to be used on a daily basis for billions of payment and business interactions, to create technology infrastructure, to be the new digital plumbing that works with the Internet to ignite the power of data,” Nguyen explained. 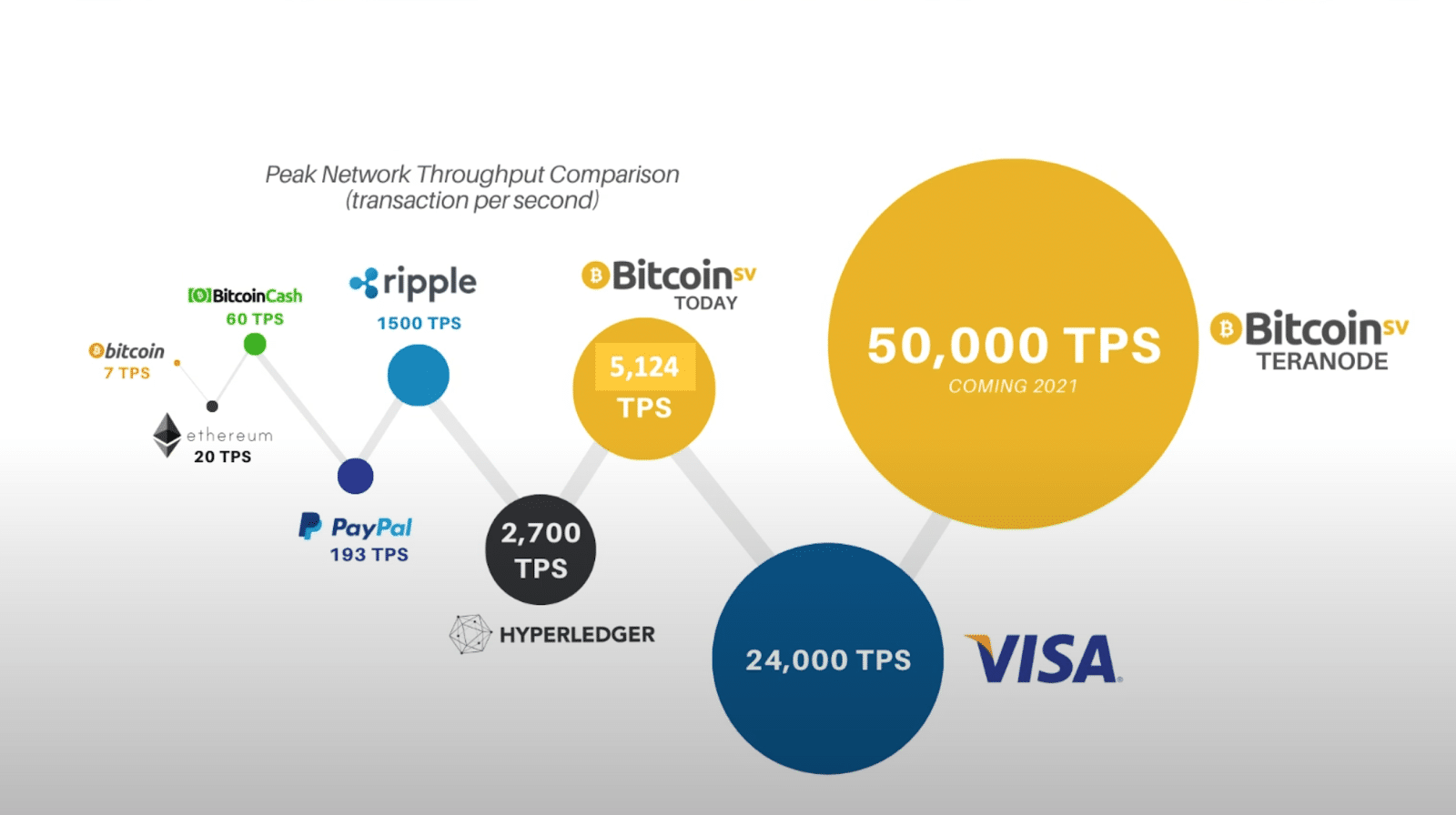 Compared to BTC’s seven transactions per second (tps), ETH’s 20 tps, BCH’s 60 tps and PayPal’s 193 tps, the BSV mainnet is already averaging 5,124 tps at a median rate of $0.00028 per transaction, while the test network has already gone over 9,000 tps. In fact, BSV has already surpassed BTC in accumulated data size last May 16. This demonstrates how BSV’s scalability has enabled it to overtake BTC, which has existed since 2009. BSV was established only in November 15, 2018, a decade after the BTC white paper was published; and yet it has already grown this much and is ready for global enterprise adoption. Last February, the BSV test network has processed close to two million transactions in one 384MB-block of data. 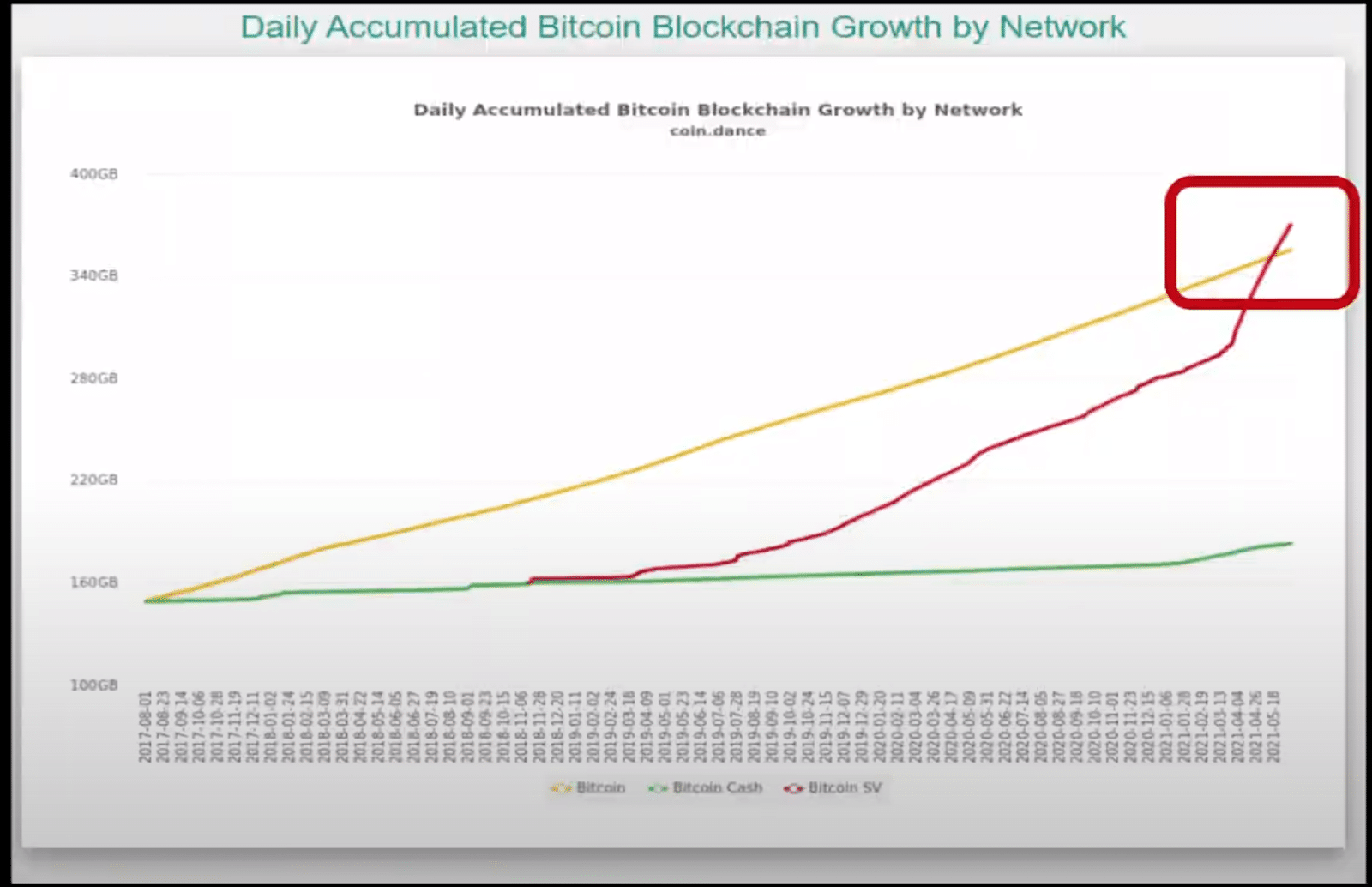 “And those blocks can contain more than just payments, they also contain the most valuable commodity of our digital economy—the new oil—data and data infrastructure. So many things given to own and monetize our own data, to send electronic cash person to person, peer to peer, anywhere in the world, transcending geographic boundaries, allowing us to have business and government services that are better, creating a universal source of truth that breaks down data silos and opens data transparency, improving the sustainability go our planet, creating new ways to think, cities, communities, homes, lives that are smarter, stronger, better. So many things given if we allow massive scale of blockchain and BSV. We ignite the power of data,” Nguyen concluded.

Everyone interested can still join the CoinGeek Conference and register for free in order to learn more about how the BSV blockchain recognizes and harnesses the real value of data.