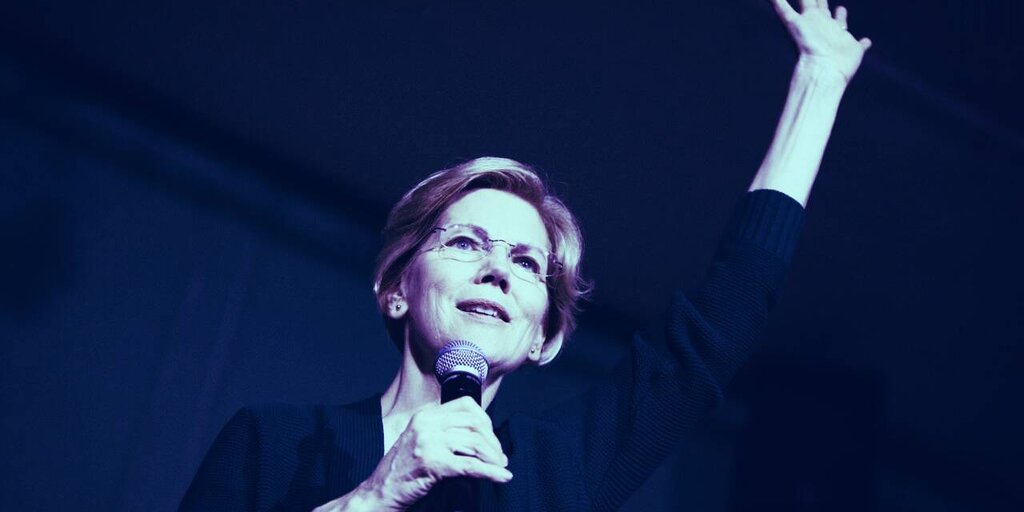 U.S. Senator Elizabeth Warren has taken aim at crypto once again, claiming that the industry needs “rules of the road.”

Concerns over smaller investors comes as little surprise, judging by her previous efforts against the big banks.

Warren’s concern is well founded, given the sheer frequency with which many in crypto have fallen victim to massive losses, due to ransomware, theft, fraud, or even pure accident.

But to be clear, Warren’s concerns are not specific to a cryptocurrency like BTC itself, but to those seeking to profit off of cryptocurrencies in shady ways.

“My concern is about the snake oil salesmen, who hide everywhere when there’s not regulation,” Warren said.

Warren is also concerned about the tax implications behind cryptocurrency.

She believes that it should not make a difference where a person holds their wealth. Crypto—much like anything else—should not be tax-exempt. “Whatever form you have your assets, I think there ought to be a tax on that annually.”

More broadly, Warren pointed to the potential benefits of a wealth tax in terms of government revenue. “Once we do that now you’ve got more revenue into the system and you begin to equalize the tax burden,” she said.

Despite her concerns however, Warren did also add that digital currencies may provide an answer to big banks, which she said have failed to reach consumers across the country.

This is not the first time Warren has taken aim at the crypto industry. Last month, Warren described cryptocurrencies as lousy investments and havens for illegal activity.

Singling out Dogecoin’s wild price fluctuations, she said that “may work for speculators and fly-by-night investors, but not for regular people looking for a regular source of value to get paid in and to use for day to day spending.”

Aside from concerns about a lack of regulation and a lack of consumer protection, Warren is also worried about proof-of-work (PoW) cryptocurrencies—particularly BTC—and their impact on the environment.

“BTC requires so much computing activity that it eats up more energy than entire countries,” Warren said, adding that “One of the easiest and least disruptive things we can do to fight the climate crisis is to crack down on environmentally wasteful cryptocurrencies.”