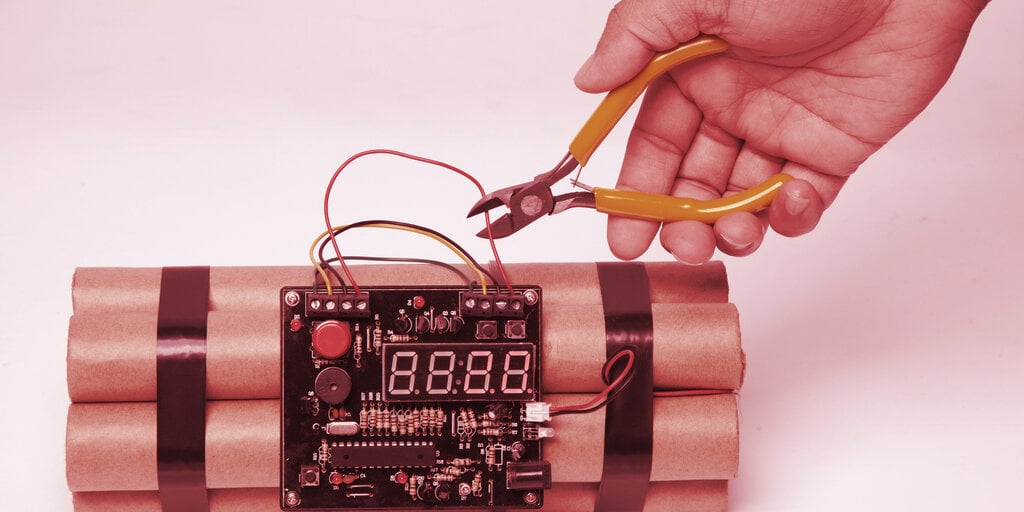 ETH developers agreed on Friday how to delay a “difficulty bomb” that, if left unattended, would start to slow down the ETH network this summer.

The difficulty bomb is an old piece of code that makes mining on ETH slower—and less profitable—over time by exponentially increasing the lag between the production of each block.

The bomb was planted in 2015 to incentivise devs to implement ETH 2.0.

Given that the amount on hashrate on the network can influence the bomb, James said we should re-run the script in a few months to make sure we're still on track. I will do date in ~2 months

ETH 2.0 switches the network from proof-of-work (PoW), a way of validating transactions with powerful mining computers, to proof-of-stake (PoS), which rewards those who pledge coins to the network.

It takes an average of thirteen seconds to mine a block on ETH right now. Without delaying the bomb, it would take more than twenty seconds to validate a block by the end of the year.

On Friday, ETH developers agreed on how many blocks were necessary to delay the bomb until December.

The calculation for the delay was proposed by ETH core developer James Hancock. “The bomb’s always there, and we defuse it by turning the blocktime back just for the bomb,” he told Decrypt. Hancock’s proposal delays the bomb by 9,700,000 blocks.

Tim Beiko, an ETH core developer, told Decrypt that developers dismissed a proposal to delay the bomb to next spring. That won’t be necessary, he said.

“If the Merge is ready by December, we won’t need to do anything about the bomb because we will move away from mining entirely,” Beiko said.

Should plans for the Merge remain unimplemented, ETH’s Shanghai fork, expected to go live in October, will delay the difficulty bomb once again. The bomb has been delayed three times so far: first in October 2017, then in February 2019 and finally in January 2020.