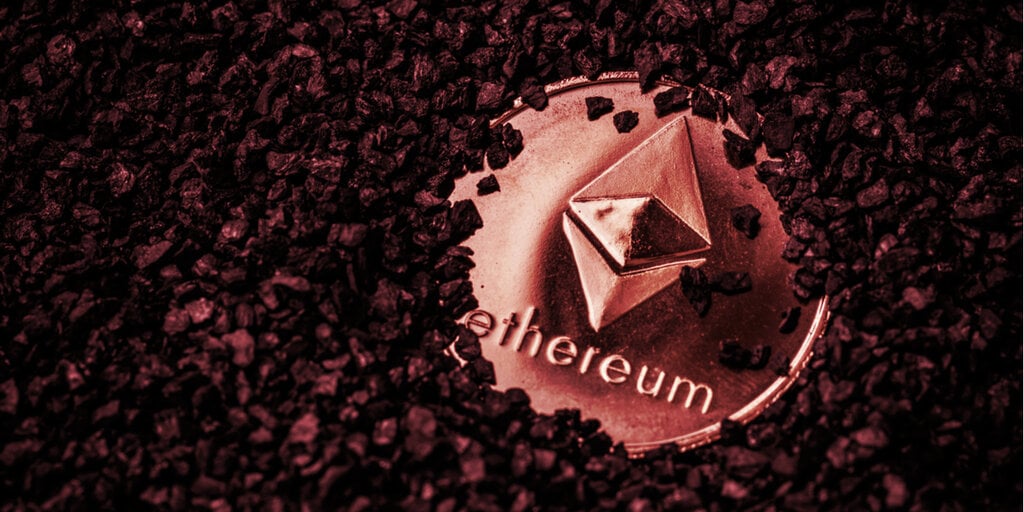 ETH miners took in record revenues in May, allowing them to earn more than BTC miners for just the second time in the last year.

Monthly mining revenue on the ETH blockchain reached $2.35 billion in May, according to statistics from Coin Metrics, compared to $1.45 billion for BTC. In February, ETH mining revenue narrowly pipped BTC, $1.37 billion to $1.36 billion. Otherwise, BTC mining tends to dominate for gross revenue, if not always profitability.

Proof-of-work mining asks people to dedicate their computing power to helping secure the network. It is the process by which new transactions are processed on the network and new tokens are created.

Mining revenue consists of two elements: block rewards and transaction fees. Every time someone mines a block of transactions and adds it to the blockchain, they receive a set number of newly created tokens. In BTC’s case, that’s 6.25 BTC ($227,000) every 10 minutes; for ETH, it’s two ETH ($5,100) every 13 or so seconds.

They also receive the transaction fees within that block.

ETH’s May dominance is a byproduct of the price of ETH itself—it hit a record high of $4,164 on May 10—as well as high transaction fees on the congested network. The busier the network gets—and it’s gotten very busy thanks to the boom in decentralized finance (DeFi) applications and NFTs—the more competitive it becomes to get a transaction through; fees adjust in line with supply and demand. Just over $1 billion of ETH miners’ revenue last month came from fees, compared to $130 million for BTC. ETH’s transaction fees consistently outstrip BTC’s.

Two looming events are set to alter ETH’s mining landscape, however: the inclusion of EIP-1559 in a July network upgrade known as the “London hard fork” and the eventual move to proof-of-stake consensus.

EIP-1559 is an ETH improvement proposal that will burn the ETH transaction fees rather than give them to miners. By decreasing the amount of ETH in circulation, the move could make demand for the asset go up, thereby increasing the value of the block rewards in US dollars.

Proof of stake, however, will kill mining altogether, replacing it with “staking.” Essentially, the network will be secured through the process of people depositing ETH. They’ll claim fresh rewards if they correctly validate blocks of transactions, while losing portions of their stake if they don’t.

ETH miners, then, shouldn’t get too used to the record revenue.