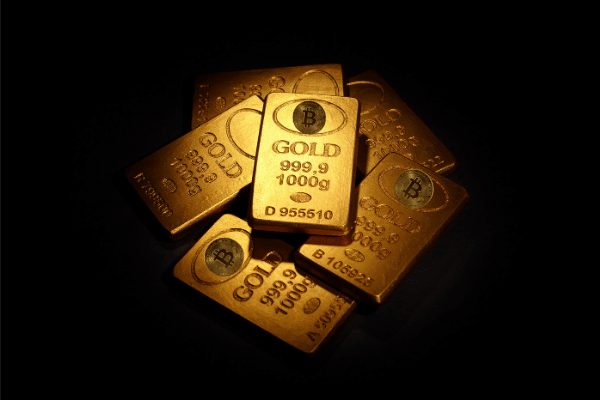 Last year, both Goldman Sachs (+0.26%) and Citibank (+0.13%) forecast a US$2,300 price for gold this year, against a backdrop of inflation and on bets that a vaccination drive in the U.S. would help to reopen its economy.

Those forecasts are now starting to look prescient as the precious metal pushes on a five-month high and investors try to discern the subtext in statements from the U.S. Federal Reserve which may hint at a potential time frame for tapering stimulus.

In perhaps the most telling language, President of the Philadelphia Federal Reserve Patrick Harker said on Wednesday that it was appropriate “to slowly, carefully move back,” which seems to suggest that the Fed’s retreat from the market is a given, it’s just the pace of that retrograde step.

But if the SMCCF sale of corporate debt and ETFs is anything to go by, that pace ought to be glacial at best.

And Fed officials have repeatedly said that they’ll only begin scaling back asset purchases when the economy has made “substantial further progress” towards their goals, a condition which many Fed soothsayers believe will be met later this year.

One of the key platforms of the Biden administration is that of providing jobs, and good quality, well-paid jobs at that.

But while the U.S. economy is reopening in earnest, job growth simply hasn’t kept up.

Last month, the U.S. added just 266,000 jobs, well off economist forecasts of 1 million, with some suggesting that the job support schemes have made it more economically worthwhile for Americans to stay home, than to seek out jobs.

The Biden administration has hit back by suggesting that companies could get those workers if they just paid more.

And some are doing just that and it is that upward pressure on wages which is leading some to take a bet on rising costs being passed on to consumers in the form of rising prices.

Which is why gold has been stabilizing around US$1,900 an ounce and demand has been growing for what many investors are increasingly viewing as a haven asset.

Goldbugs will now be eyeing Friday’s all-important U.S. nonfarm payrolls report for May, for further clues on the strength of the labor market and whether growth will spur inflation that could prompt governments and central banks to begin thinking about beginning to reduce stimulus.

The post How much brighter can gold shine? appeared first on SuperCryptoNews.