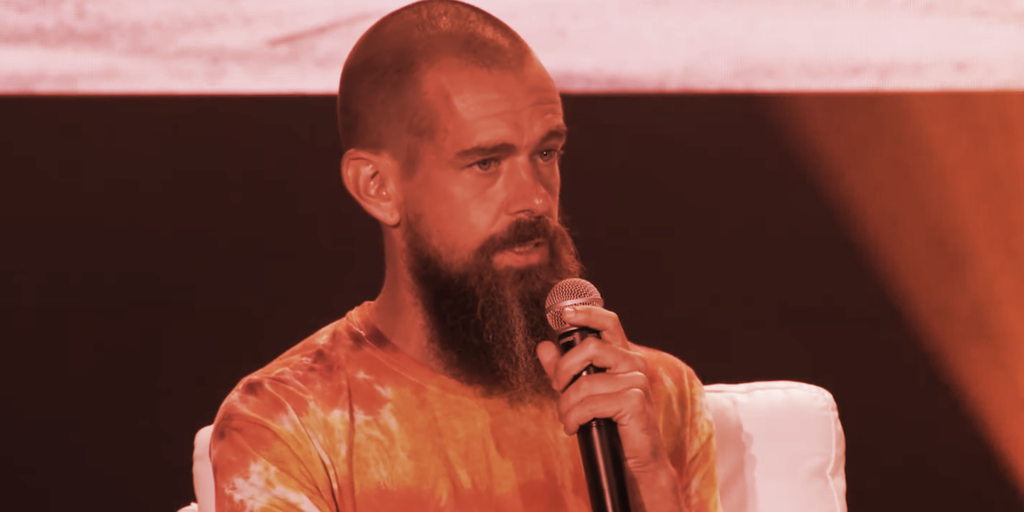 Twitter and Square CEO Jack Dorsey is a dyed-in-the-wool Bitcoiner—a man who has described the cryptocurrency whitepaper as “poetry,” who has a BTC clock in his home, and has donated ample funds to accelerate BTC adoption and development.

Today, at the BTC 2021 conference in Miami, he doubled down on that love. During a nearly 30-minute fireside chat with the Human Rights Foundation’s Alex Gladstein, Dorsey delivered platitudes about the coin, stating, “BTC absolutely changes everything” and “I don’t think there’s anything more important in my lifetime to work on.”

Gladstein ushered Dorsey from topic to topic, giving him the opportunity to touch on an array of previously-announced projects relating to BTC and decentralized tech, as well a chance to share his views on altcoins and central bank digital currencies (CBDCs). Asked about how BTC can help onboard those currently unbanked—estimated at 1.7 billion people internationally as of 2017—Dorsey made his case for scrapping the current banking system.

“We don’t need the financial institutions that we have today,” he continued. “We have one that is thriving, that is sound, that is owned by the community and that is driven by the community, that has this incredible and amazing consensus that always manages to do the right thing over time. It’s noble, and it’s so rare and so unique. Anything that we can do to build it and protect it, we’re down to do.”

Dorsey also spoke of the endowment fund that he started with rapper and entrepreneur Jay Z in February. The pair donated 500 BTC (about $18.6 million now) to encourage BTC development around the globe, starting in Africa and India. Dorsey said that they’re working on establishing a board for the fund, and then it will begin making grants in BTC—and he will have no control or say over the board’s decisions.

“Jay loves BTC,” said Dorsey. “He goes very deep on what he loves, he believes in it, and he also believes in this idea of making sure if we’re going to create this money for the world, it has to be developed around the world.”

Earlier this morning, Dorsey tweeted that Square was “considering” creating a BTC hardware wallet for non-custodial holdings, and that it would be created in the open with community involvement. Asked about it by Gladstein, he seemed a bit more sure that it would happen.

“We don’t want to compete with the hardware wallets out there,” said Dorsey. “We just want to take it to the next level and get to 100 million more people who have non-custodial solutions. We’re likely to do it sometime very soon.”

It’s all about BTC for Square and Dorsey. “That’s why we don’t deal with any other currencies or coins. We’re so focused on making BTC the native currency for the internet,” he said, discussing the need to support the Lightning Network to make BTC more viable for everyday use and payments.

In fact, Dorsey dismissed other cryptocurrencies, such as ETH and Dogecoin, altogether. “All of the other coins, for me, don’t factor in at all,” he said.

On the topic of governments pursuing CBDCs as alternatives to BTC adoption, Dorsey said, “They’re bumps in the road and they’re bullshit. We have a much better alternative in BTC.”

The conversation was briefly disrupted by far-right activist Laura Loomer, who has been banned from Twitter. She called Dorsey the “king of censorship” and said he had “no right to be here” speaking about freedoms afforded by BTC. Gladstein asked Dorsey if social media could become more censorship resistant, like BTC.

“I know there’s a lot of you out there who disagree with [Twitter’s] policies and the way we’ve evolved them,” said Dorsey. “My goal, in my life at this moment, is to remove—as much as I can—the corporate-ness of our companies.” He spoke of Twitter’s Blue Sky initiative to build a decentralized standard for social media, and suggested that it would be free from the kind of censorship and corporate influence seen on Twitter’s main platform.

“It will have none of the restrictions that you see on Twitter. Inspired entirely by BTC, we want to do the same thing for social media,” he said. “I’m going to prove it to you. And then we can have another conversation later.”