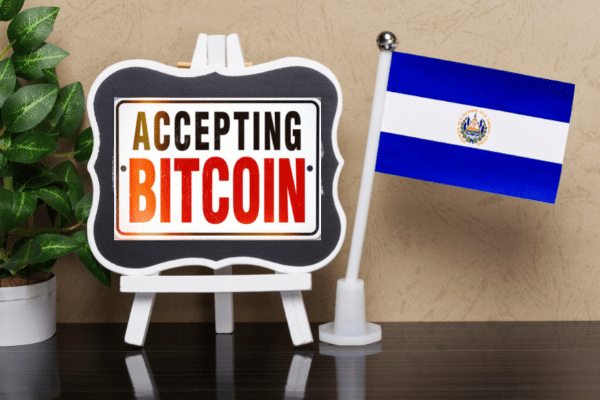 A decentralized digital currency that is outside of the realms of the traditional levers of power may not be the most obvious choice for an authoritarian regime, yet somehow El Salvador’s government has become the first country in the world to accept BTC as legal tender.

Yesterday, El Salvador’s legislature passed a bill to accept BTC as legal tender, in a move which President Nayib Bukele proclaimed was a historic step towards financial inclusion and economic growth for the poor Central American country.

BTC entrepreneurs were thrilled by El Salvador’s decision to embrace their favorite cryptocurrency in a country where some 70% of the population does not have access to any form of financial service.

According to the El Salvador law,

“In order to promote the economic growth of the nation, it is necessary to authorize the circulation of a digital currency whose value answers exclusively to free-market criteria, in order to increase national wealth for the benefit of the greatest number of inhabitants.”

Under the new law, BTC can be used for purchases or tax payments and BTC exchanges operating in El Salvador will not be subject to capital gains tax.

Some poorer countries have proposed cryptocurrencies as a means to end decades of reliance on the dollar, which El Salvador also made legal tender in 2000, but El Salvador has been the first country to accept BTC as legal tender.

With El Salvadorans highly reliant on overseas remittances, and payments from family members in the U.S. making up 20% of GDP, according to the World Bank, the embrace of BTC could help to reduce the fees paid in these cross-border transfers, enabling payment, trading and even investment in a range of cryptocurrencies outside of BTC.

The government of El Savador will set up a trust in the Development Bank of El Salvador, enabling the automatic conversion of BTC into dollars.

While the overall impact of El Salvador’s embrace of BTC is likely to be small globally, given the minute size of the country’s economy, it could provide a template for broader BTC adoption in other remittance-reliant countries, including the Philippines, Tajikistan and Kyrgystan, which coincidentally also have authoritarian-leaning regimes.

Part of the reason for these authoritarian regimes considering making BTC legal tender is that they can move value more easily beyond Washington’s prying eyes and punishing sanctions, but also reduce reliance on the dollar, while still using it with BTC as the intermediary.

In any event, the acceptance of BTC as legal tender, even in a country as economically insignificant as El Salvador represents a huge coup for cryptocurrency and BTC has rebounded sharply since.