Bored Ape Yacht Club (BAYC), or “bored monkey”, is currently the most expensive collection of non-fungible tokens (NFTs) in the cryptocurrency universe, surpassing even CryptoPunks.

Author of the most valuable collection of NFTs

While many investors are aware of the collection or at least one of its images, few people know that the person behind the collection is a 27-year-old Asian-American artist who goes by the name Seneca.

Since first appearing in May of last year, BAYC has quickly spread across the internet. At the same time, the prices of NFTs began to rise, reaching millions of dollars.

However, Seneca, its creator, had no idea that her work had become so popular until late last year when she Googled the name.

The Bored Ape Yacht Club has generated over $1 billion in revenue and drawn ordinary people into the cryptocurrency space.

But Seneca, who was central to the project, playing a key role in turning the idea into reality, was not given any credit.

The young woman was born in the United States, but her parents are Chinese. So she grew up in Shanghai and then went to the US to study at the Rhode Island School of Design.

After graduating in 2016, Seneca moved to New York and started working as a freelance illustrator. She specializes in designing vibrant, whimsical characters for advertising and marketing campaigns.

At the time, a creative agent named Nicole Muniz stumbled across Seneca’s college portfolio and admired her skills. So, she started introducing Seneca to companies in a variety of industries such as healthcare, insurance, green energy and finance.

Last year, Nicole Muniz called Seneca with an offer. Her childhood friend was creating something called the Bored Ape Yacht Club, and she joined the project as a consultant. But the team also needed some graphic designers to make the images.

Seneca revealed that he was unfamiliar with the NFT industry at the time. But during the collaboration, Yuga Labs gave her a lot of space and told her she was free to create.

Seneca said she imagined herself as a neighbor of the apes, in a city where primates roamed freely as citizens.

In this digression, she saw in his eyes “a feeling of being tired of life”. However, they had “all the money and time in the world.”

“A lot of people don’t know that I created Boring Ape, which is scary for an artist,” Seneca said.

Now, thanks to the rapid spread of the Internet, Seneca is starting to gain fame, which she hopes will help her find more partners. At the same time, Seneca has been focusing on creating his own work.

So, last December, Seneca launched her first NFT series under his own name, called: Iconoclast, which was launched at Art Basel in Miami. 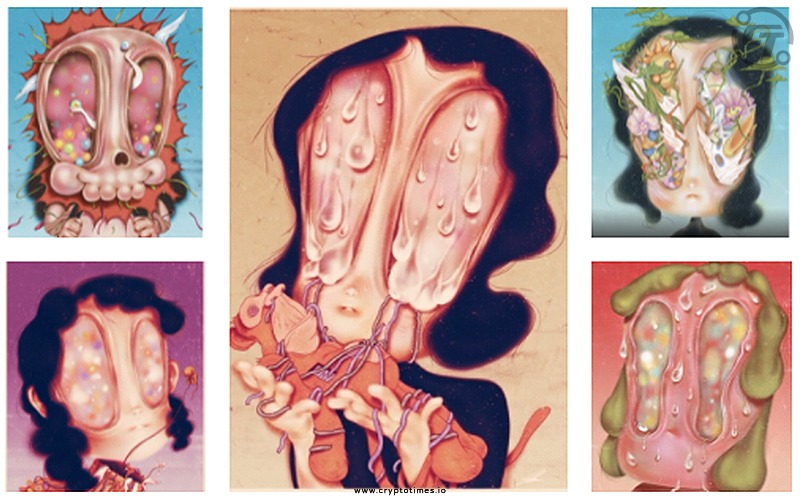 Her four jobs are held on ETH and earned her 23.7 ETH. Seneca says the money is enough to pay her bills and now she has enough time to work on her next series, which she hopes to release in February.

Trezor goes back and gives up asking its users controversial KYC

Top cryptocurrencies in 2022. What are coins and how do they differ