As most of the cryptocurrency market has returned to trading in the red after a short period of recovery, public sentiment around the main cryptocurrency on the market, BTC, is also low. According to data published by cryptocurrency analyst Ali Martinez, the number of new addresses created on the BTC network has dropped in recent days. On May 24, the number stood at 376,488 on average.

As the chart the cryptocurrency trading expert posted on Twitter shows, the number of new BTC addresses, according to the seven-day moving average before May 20, was around 425,000. That is, there was an 11% drop in less than a week. 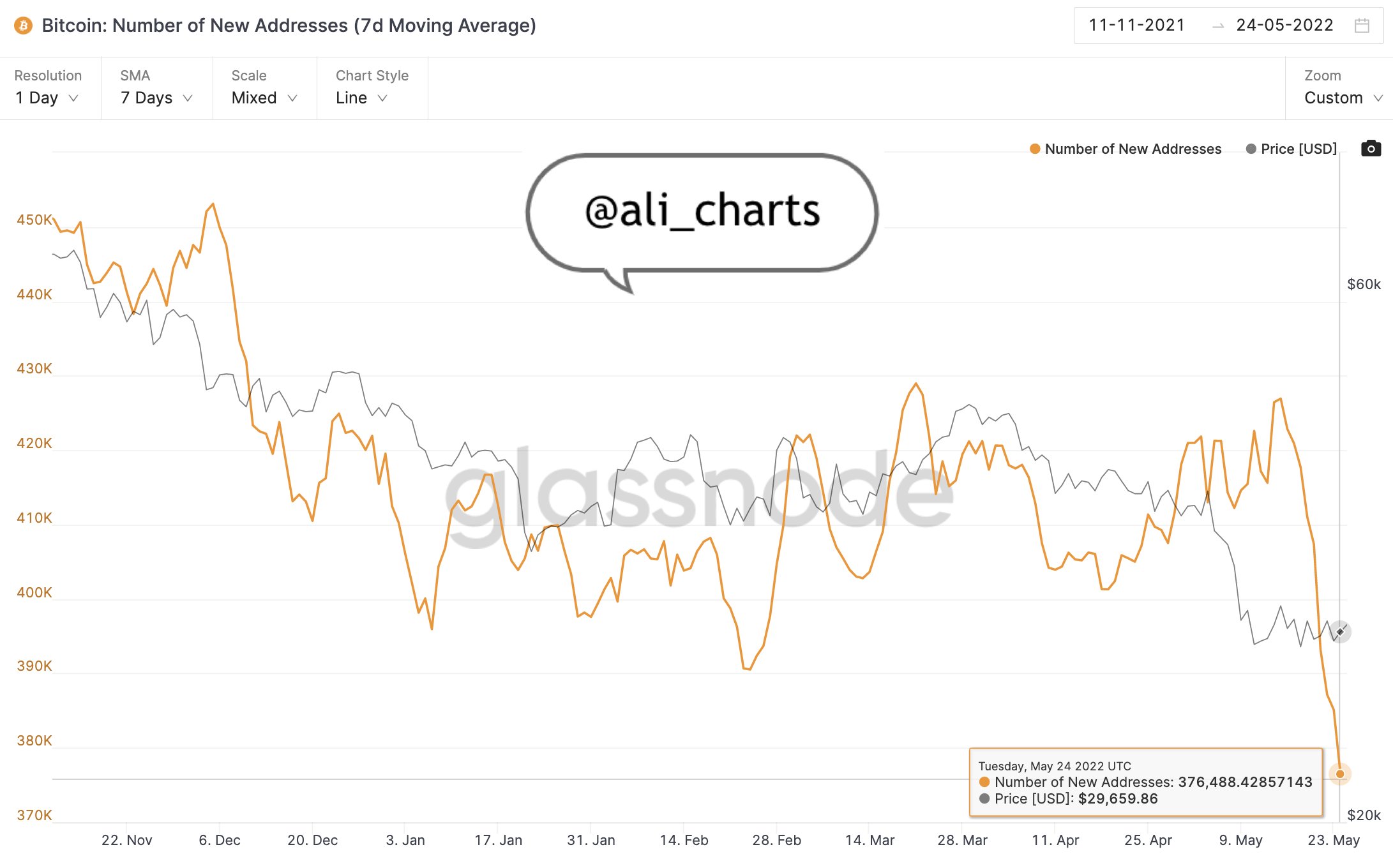 However, as can be seen from the chart, the number of new BTC addresses has been dropping since December. This shows that cryptocurrency adoption is closely linked to its market cap, which has also dropped.

At the same time, the number of BTC whales, or addresses with at least 1,000 Bitcoins, also recorded losses. This can be considered a bad data. After all, it indicates that even the most avid bitcoiners are getting rid of their coins.

According to Martinez, 23 BTC whales have left the network or given away their holdings in the last ten days.

The number of BTC whales currently stands at 2,203, which represents a significant drop from April when the BTC whale pod totaled around 2,280.