Starting May 2nd, players around the world who have been waiting for the release of Crypto Unicorns will be able to enjoy their unicorns in NFTs. And, after connecting their wallets to the game, they can start interacting with the newest play-to-earn built on the Polygon Network.

As the developers announced, at least one land is required to play. New users can purchase land through the secondary market on OpenSea.

In addition to the terrain, players will need a unicorn, which can also be purchased from OpenSea. While supply is currently in short supply, the new unicorns are likely to be sold on the market as Genesis NFT holders begin creating their NFTs closer to the game’s release.

Crypto Unicorns began selling on OpenSea in the summer of 2021 and quickly became one of the most traded NFT collections on the market. Then, just six months after the release of the NFTs, Laguna Games made good on their promise and released a first playable MVP for Crypto Unicorns.

During the first phase of release, only farming mechanics will be available. But in the future, the team already plans to implement Jousting, Racing and PvP matches.

According to the developers, this first iteration is set to provide the token utility and test their servers.

Crypto Unicorns aims to be a metaverse owned by its players through a DAO. However, the game will be released in stages, along with the voting engine and DAO infrastructure.

Before the end of Q4 2022, all game modes will be available. At the moment, however, the only thing you can do is cultivate and gather materials. These two mechanics were made available for the main purpose of reproduction.

By planting seeds on your land, it is possible to generate berries. Unicorns love fruit, and each unicorn likes one in particular, depending on its class.

Farming gameplay can be optimized by assigning Unicorns as workers. A plot of land allotted to a unicorn will generate better and faster income.

Additionally, players can add structures such as stables, workshops, collection tables, and nursery buildings. All buildings have a specific function in the game. 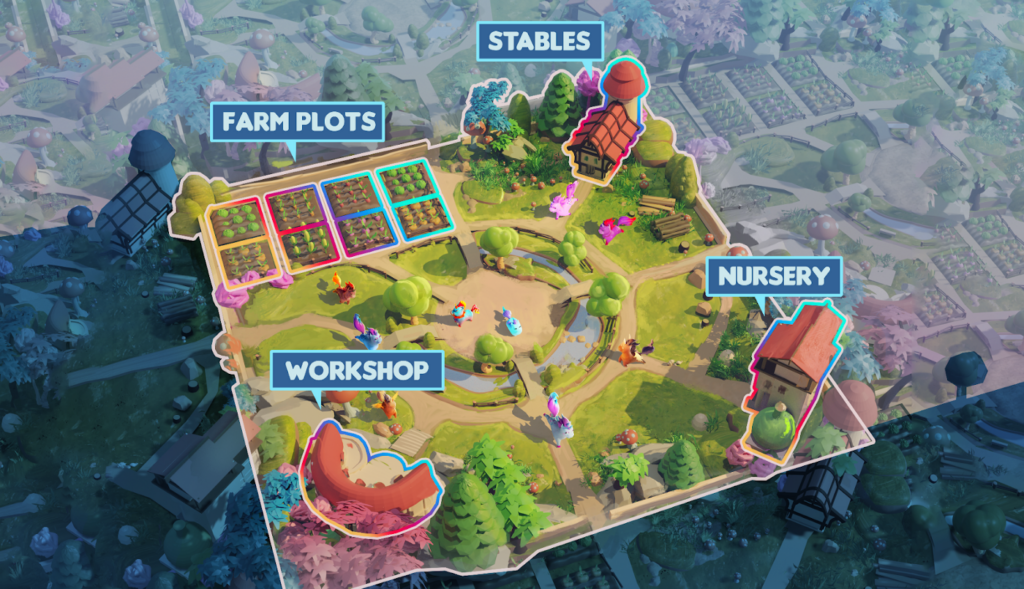 Stables allow you to assign a greater number of Unicorns to future developments on your farm. Meanwhile, the workshop allows crafting and Gathering Charts allows the sale and exchange of berries and in-game items. Nurseries allow the player to breed.

Each Berry Class used increases the chances that the newborn is of the same class as the fruit used.

Will digital collectibles be obsolete in 2022?