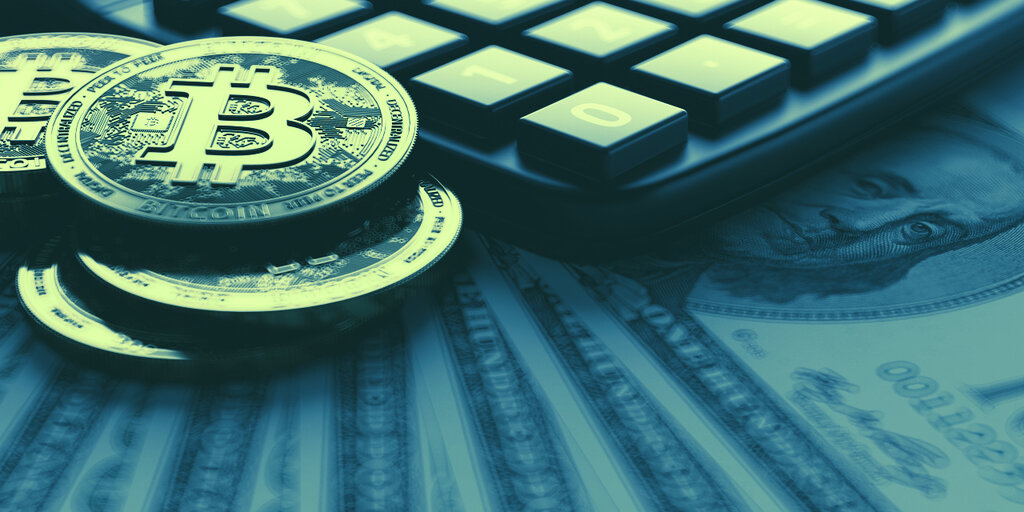 Tesla, Microstrategy, and other companies investing in BTC should expect to record any reduction in the recoverable value of their assets, known as an impairment charge when the value of their holdings falls.

According to some analysts, this accounting charge means that firms holding BTC could be facing a substantial loss at the end of this coming quarter.

Software giant Microstrategy holds 92,079 BTC ($3.7 billion), accounting for most of its treasury. It sold $500 million in corporate debt last week, so it could add to that total and is thought to be gearing up to buy an additional $1 billion more.

Microstrategy has already posted quarterly losses due to impairment charges in last year’s third quarter and this year’s first. Last week, the company said it expects to take a charge of at least $285 million on its BTC investment in the current period, which will push it to another quarterly loss.

Impairment charges arise because cryptocurrencies are classified differently from other currencies by the U.S. Financial Accounting Standards Board (FASB) as an “indefinite-lived intangible asset.”

It means that companies must record the value of BTC at the time of purchase. If the value rises, they can’t log those gains until the BTC is sold. But if the value drops, the company must write down the value of their holdings as an impairment charge.

Tesla and other corporate BTC investors all face this minor tax rule.

Initially, Tesla’s $1.5 billion BTC gambit looked like a big winner, especially after the electric car maker sold 10% of its coins for a huge profit in April. The purpose, it said, was to confirm that the cryptocurrency “could be liquidated easily without moving [the] market.”

But an impairment charge, or write-down, to pre-tax earnings, was still needed, and that reduced Tesla’s net gain for the first quarter from $128 million to $101 million.

According to analysts, even if BTC bounces back up above the purchase price, Tesla and Microstrategy don’t get to mark the coins back up and eliminate the write-down. Instead, profits can only be realized when the crypto asset is sold. And as this coming quarter’s charges are likely to be much more punishing than the last, investors may be forced to do just that.

BTC is notoriously volatile. The cryptocurrency has lurched from over an all-time high of $64,863 to $30,682 since mid-April (Musk ironically played a major role in its price drop when he announced that Tesla would no longer accept BTC), and it’s veered by 10% during a week in mid-to-late May.

But the fact that cryptocurrencies are classified differently from other currencies is less well-known and makes for an accounting headache.

“The name BTC suggests it should be treated as currency, which would require market-to-market accounting,” Ed Ketz, an accounting professor at Penn State University, told Decrypt. However, he also added that if BTC were treated as a currency, this would mean even greater volatility in its quarterly earnings.

Impairment charges mean that, in a worst-case scenario, if BTC falls well below the price at which it was purchased, a company could be forced to sell some of the BTC it bought to cover the loss, even if its overall investment is still above water.

If the company is as high-profile as Tesla, that has major implications for the overall price of the asset.

Fortune analysts estimate that if Tesla bought BTC in January and February at an average cost of $31,600, the impairment charges for the second quarter would come to $65 million.

And, despite Elon Musk’s assurances that Tesla will not be selling any more of its BTC, Ketz believes that this would, in fact, be the best strategy to offset impairment loss and may be the real reason behind its previous BTC sale in April.

“Tesla would rather not have impairment losses on BTC, so what it did was sell its holdings with lower valuations to recognize a gain that more than offset the impairment loss,” said Ketz. “I suspect it will try to sell some BTC, again—those at the lowest valuations—to generate gains that will soften the blow or even show a net gain in future quarters.”

Valuing each coin separately—rather than valuing them as a group or portfolio—was key to Tesla’s approach, said Katz. “It is a good tactic for softening the accounting heartaches, but one wonders how long it will be able to play this game. And even if it can continue, it will eventually deplete the stock of BTC.”

And these accounting gymnastics could also make BTC less viable as a reserve asset, to investors.“The accounting is a little bit incongruous with the underlying purpose,” Jennifer Stevens, an accounting professor at Ohio University, told the Wall Street Journal.

The rules could also be preventing other firms from investing in cryptocurrencies. According to a February poll by Gartner, only 5% of chief financial officers surveyed said they planned to hold BTC this year.

“Companies will have a hard look at these experiences of Tesla before investing in BTC,” said Ketz. “It looks like a good investment when prices are going up, but it has a dark side when prices come down.”

Microstrategy has publicly recognized the risk involved too: ”The concentration of our BTC holdings enhances the risks inherent in our BTC acquisition strategy,” it wrote, adding: “Servicing our debt will require a significant amount of cash, and we may not have sufficient cash flow from our business to pay our indebtedness.”

Such a mercurial asset class may suit a particular class of investor, a maverick like Musk, but doubling down on risk may not be a catchy strategy for most.