Two unknown cryptocurrencies recorded gains of up to 36% on Tuesday (22), according to CoinMarketCap. First was Boson Protocol (BOSON), up 36%, while Mogul Productions (STARS) was up 19.8%.

In both cases, the two networks closed partnerships with important brands. BOSON will be used by Tommy Hilfiger to participate in the Metaverse Fashion Week a fashion festival that will take place at Decentraland.

STARS was used by the Colombian artist Homer “HG” Ganem to exhibit their first digital art collection. Then the arts were exhibited for sale at Art Dubai, the largest festival of its kind in the Middle East, and it was a success. The first work in the collection was sold out in less than ten seconds.

BOSON and Tommy in the Metaverse

Founded in 1985, Tommy Hilfiger is one of the world’s leading clothing and accessories brands. After 37 years of success in fashion shows, the company launched its first digital-focused exhibition.

The brand will use Metaverse to virtually showcase its Spring 2022 collections, in addition to hosting a store-style digital retail platform. Here, consumers will have the opportunity to purchase NFTs for their avatars or purchase physical items from within the Metaverse. 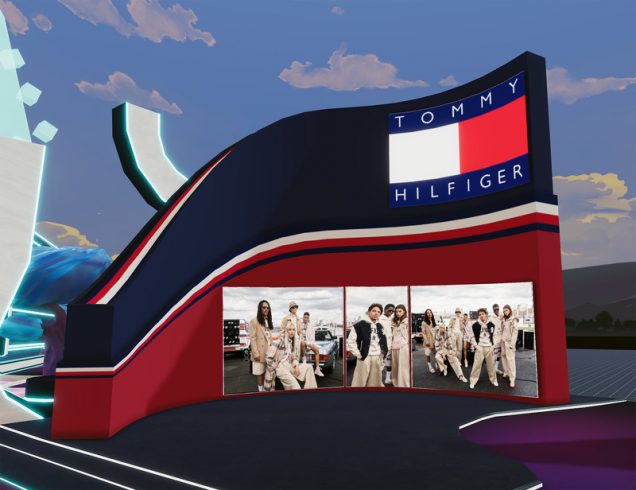 With this, the fashion giant joins Samsung and Heineken as companies that have already created digital versions of their stores or products on the blockchain. This virtual shopping experience will be carried out in collaboration with the Boson Protocol, which explains the strong appreciation of its BOSON token.

This protocol works as a payment settlement layer for e-commerces. BOSON also enables the exchange of digital assets for physical products, services and experiences. In fact, the protocol will have an entire avenue dedicated to the trade of products for major brands.

This area is called Boson Portal – Fashion District and occupies an entire street of Decentraland’s space. The area is inspired by the famous Avenue Montaigne in Paris, where the world’s biggest brands are gathered. Some examples of stores present on site are:

Interestingly, Tommy Hilfiger does not have a store on Avenue Montaigne, but will have its space guaranteed on the most luxurious avenue in the Metaverse.

Collection is successful at STARS

While BOSON got Tommy Hilfiger, Mogul Productions shone in the art market in Dubai. The protocol released an NFT titled “The True Captain Tsubasa”, created by Ganem.

Although the artist is Colombian, his art refers to Diego Armando Maradona, Argentina’s biggest football idol. The NFT features Maradona facing a group of six players on the field. The photo is mostly in black and white, but the player’s shirt has the colors of the Argentine national team.

NFT was launched through a partnership between Mogul and cryptocurrency exchange Bybit. This was the first NFT created by Ganem and is part of a special collection. The work was in such demand that it took less than ten seconds for the NFT to be sold.

Now, the public is waiting for the second piece in the collection. whose theme has not been revealed. According to Mogul, the next NFT will launch on their platform at a date to be announced shortly.